Entrance Fee - Free. There are day use and overnight permits for many Cedar Mesa Canyons. Float permits are required for the San Juan River.

Summer - The temperatures are hot in summer months with aveage temperatures in the high 90s to low 100s. The temperature is known to flunctuate with wide temperature swings. The park is so large, there is a significant difference at elevation or on the desert areas, so it is important for you to be aware of weather conditions at all times and to check with the local forecasts prior to and during your visit. No much summer precipitation, but it does snow significantly in winter. 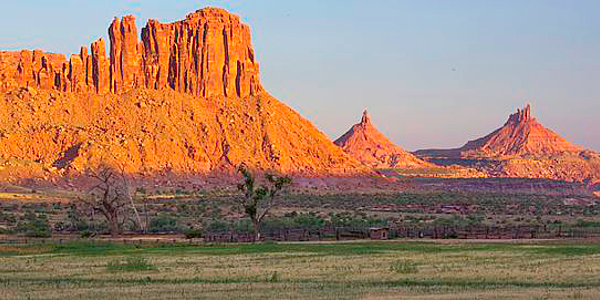 Let's start off first with the obvious. Designation of the new national monument centered around the Bears Ears buttes by President Barack Obama on December 28, 2016 was controversial. With one stroke of his pen using the 1906 Antiquities Act, the President changed the uses and preservation status of over 1.3 million acres. Many in the region and around the United States applauded the designation, saving the heritage and history of the tribal lands. Many eschewed the designation as government overreach and taking available land away from other uses. The discussion on just what shape and size the monument will take is still ongoing, as well as what visitor amenities will be added and are appropriate, but the fact of its historic vistas and important heritage, thousands of years to take shape, has not changed. 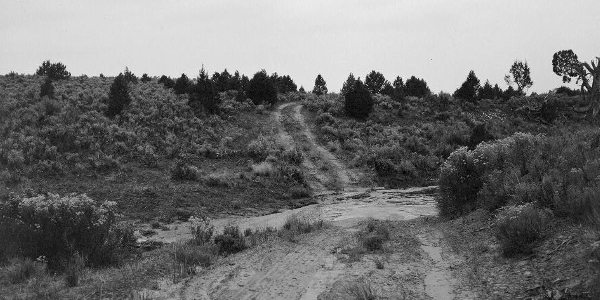 The significance of the archaeological and heritage sites, plus the religious import that the Bears Ears buttes and other locations within the park hold to the tribes of the area, is hard to enumerate. The cliff dwellings themselves of the Ancestran Puebloan people reach back over three thousand five hundred years. How many archaeological sites are within its current borders? One hundred thousand. And some of the history here goes back to the Clovis people. Oh, those Clovis. Only thirteen thousand years ago did they hunt in Cedar Mesa within the park.

Mormons and the United States - The lands were purchased by the United States in the Treaty of Guadalupe Hidalgo in 1848. Twelve years later the Navajo tribes there were compelled to leave. Some hid in the canyons and caves, refusing to leave. In 1880, the Mormons arrived, two hundred and thirty of them, traveling over the Hole in the Rock Trail to their settlement in Bluff, Utah at today's southeast corner of the park. The trail is still there; some of it now an upaved road. 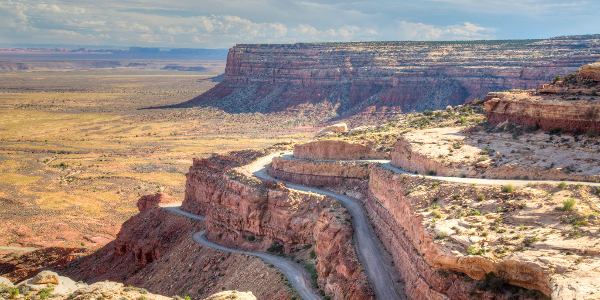 After the 2016 proclamation, the acreage and historic sites of the monument are jointly managed by the Bureau of Land Management and the United States Forest Service. It's the fifth such park co-managed by those two branches. They, and partners in the tribal communities, are currently undergoing a management plan process to see what visitor amenities will be available. This is an ongoing process and problematic with the current uncertainty about what lands will be included.

Designation of the national monument was agreed to and acknowledged by the five main tribes of the region; Hopi, Navajo, Ute Mountain Ute, Zuni, and the Ute Indian Tribe of the Uinta Ouray. They consider it an important step to protect their ancestral grounds and heritage sites. 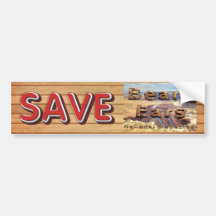 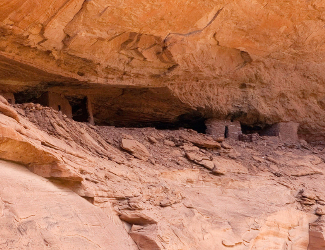 1. Bears Ears Monument, at least for now, is a vast place with opportunities to fish, hunt, and nature gaze at every corner. Take advantage of the pastime of your choice.

2. Take in a Hole in the Rock trail walk or ride. You'll be traveling on the path of Mormon pioneers. Beware, at places it's pretty rugged. Other places, it's a road.

3. Take a drive. It's probably the best way to see the massive amounts of nature and history here. Go to the Needles and Anticline Overlook. It's off Highway 191, 32 miles south of Moab. If you're down south near Bluff, Utah, head three miles west to the Sand Creek Recreation Area. You'll get to see the Sand Island petroglyphs and ruins of the San Juan River House. 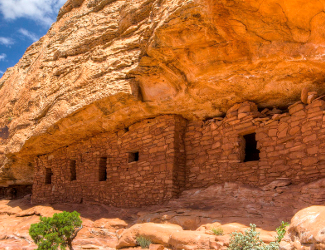 Heritage sites are around almost every turn, but many are very fragile. Be mindful and respectful of them all. Driving down any of the park highways, 261, 276, 95, 163, will all take you to some amazing places.

Photo above: Close up of the spectacular heritage Cliff Dwellings at Bears Ears. Courtesy Bureau of Land Management. 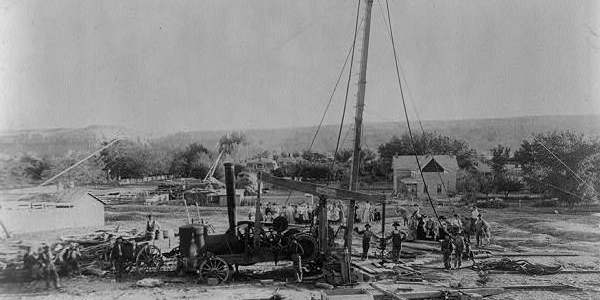 This place is so large and with few visitor amenities, it's difficult to know where to start. For one, there's the Manti-La Sal National Forest at 599 West Price River Drive, Price, UT 84501. For another, there's the Field Office of the Bureau of Land Management in Monticello, Utah. Not a bad idea to contact them to get the best orientation for the area of the park you're interested in. Best to call at 435-587-1500.

Bluff, Utah is located on the southeastern side of the park and they tout the fact that Bears Ears Starts here. Bluff is 334 miles southeast of Salt Lake City and 214 miles southwest of Grand Junction, Colorado.

Photo above: Settlement in Bluff, Utah, digging for a well, 1908, Chas. Goodman. Courtesy Library of Congress. 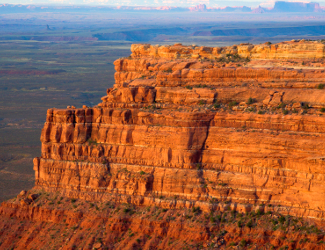 Dispersed camping is allowed in both the Forest Service and Bureau of Land Management sections of Bears Ears. Ask where this is allowed. Developed campgrouds are located in Manti-La-Sal National Forest to the east, with cabin rentals available as well. The only one designated campsites in the BLM portion are in the northern section of the park in the Indian Creek area.

For motel and hotels in the area, it's a bit of the drive to the outskirst of the park kind with lodging in Bluff, Monticello, and Moab. For options, check your favorite online lodging site for the motel, hotel, or other lodging type of your choice.