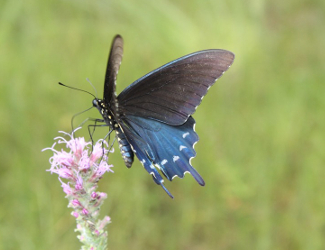 In 1974, the United States Congress decided that two formerly and mostly pristine areas of the United States needed protection and a new designation. So, in south Florida, even south of the Everglades, they created Big Cypress National Preserve, and in Texas, on lands where oil derricks once rose amidst a forest so dense seeking traces of its past were difficult, another creation was completed. Today, we have Big Thicket National Preserve winding its way north of Beaumont, home to the Spindletop oil discovery in 1901, in a multitude of ribbon park units to recreate within on water, the Neches River, amongst others, and land that has been preserved in seven counties and on over one hundred thousand acres. 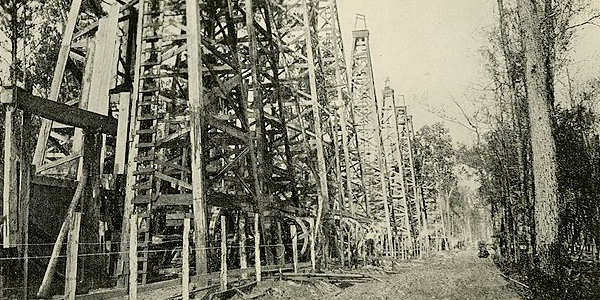 Settlement of the Big Thicket area shows little evidence, although the various museums in the local towns do a great job of telling that story (Museum of Hardin County in Kountze, Spindletop in Beaumont, and the Heritage Village Museum in Woodville among them). Of course, the true measure of the Big Thicket region is in its biodiversity and is sometimes referred to as the "Biological Crossroads of North America." There are eight to eleven ecosystems here. Early Native Americans were evident as nomadic tribes, but only settled, the Alabama-Coushatta tribe, in the area permanantly in 1780. They were bought out in 1854. Even the Spanish explorers and their missionaries avoided it due to the density of the forests. After Mexican indepedence, it was still largely undeveloped. It was not until the lumbering industry took a foothold from 1880-1930, that significant settlement began, although the area north of Beaumont is still not highly populated.

Many of the towns in the area have an oil industry or railroad past. Kountze was established in 1881, named for the founders of the Sabine and East Texas Railroad, and is still big in the lumber industry. Beaumont can trace its history back to the Neches River Settlement of 1824, became a town in 1838, and came to oil industry prominence with the founding of the Spindletop gusher in 1901. 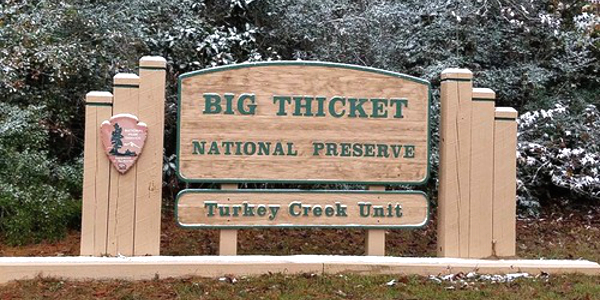 The Preserve was established on October 11, 1974 with various units stretching north from Beaumont in a ribbon park fashion. Two significant expansions followed in 1993 and 2011. Big Thicket follows various water bodies, the Neches River, Turkey Creek, Village Creek, and more, and includes bayous, thick groves of trees with the dominant swamp pine taking the lead, and meadows. A Visitor Center is located in the central part of the park, including an orientation film and park rangers to assist with suggesting the right locations for the activities you might prefer. Birding is a favorite activity of some with over three hundred species to attempt to see in the park.

There are forty miles of hiking trails, three Texas paddling trails, good spots to fish, and even permit hunting on some sections of the preserve. Primitive camping is allowed, but there is no developed campgrounds with amenities here. 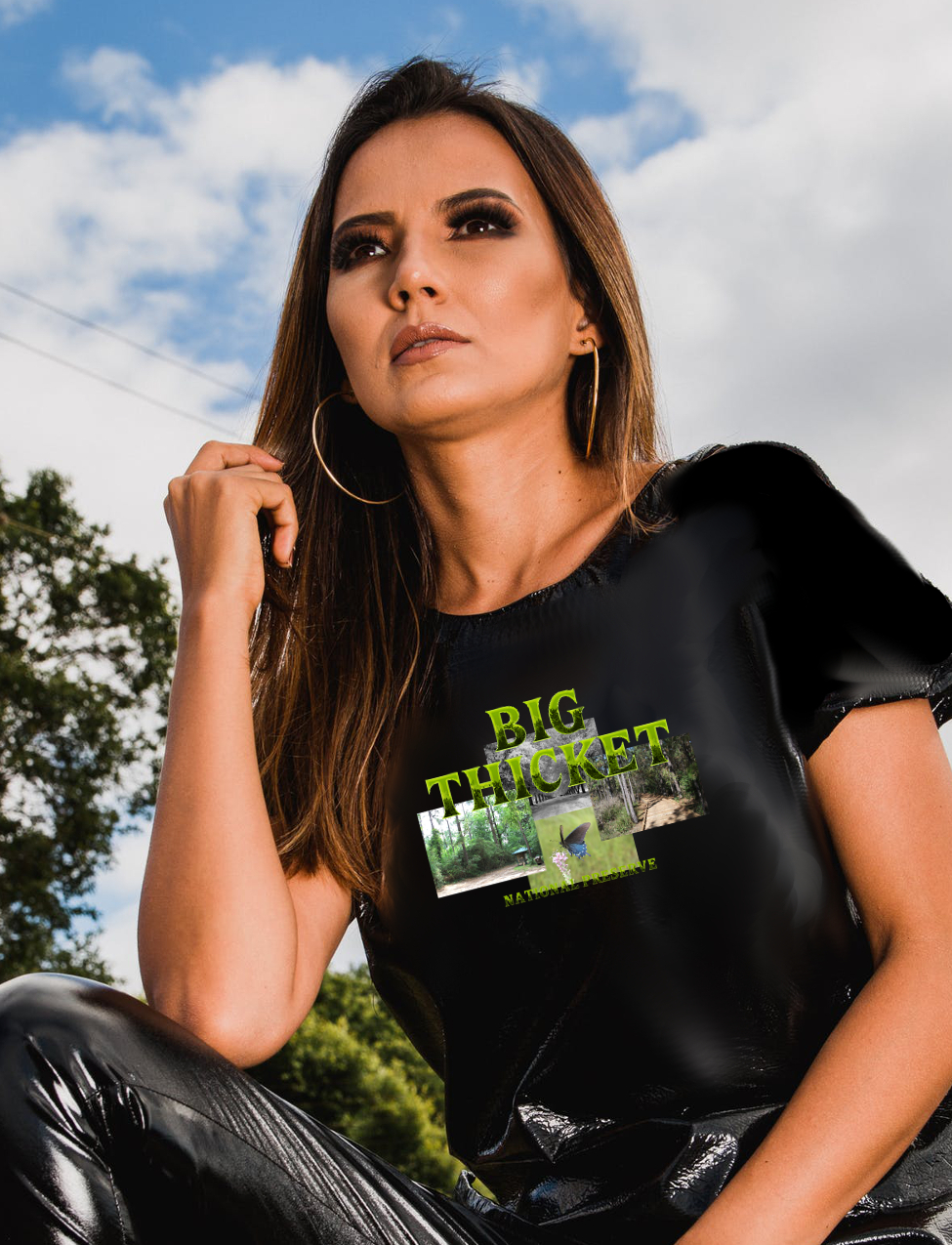 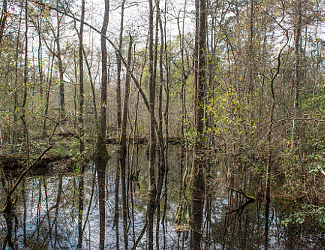 1. Head to the Visitor Center and watch the fifteen minute film about the area of the Big Thicket and its early settlers. Ask about ranger led activities, whether hiking, canoeing, or birding.

2. Pick a hiking trail and hoof it. The Turkey Creek Trail, in the same unit as the Visitor Center, has a variety of trailheads, and you can choose just how much of the fifteen mile full trail you want to tackle.

3. If you want to get wet, there's a few options here. Canoe one of the Texas paddling trails, put on those fishing waders and fish along the various creeks and Neches River, or maybe you just want to dip your toes in a bayou. Your choice, but come prepared, although there are local outfitters who rent and even ranger led trips. 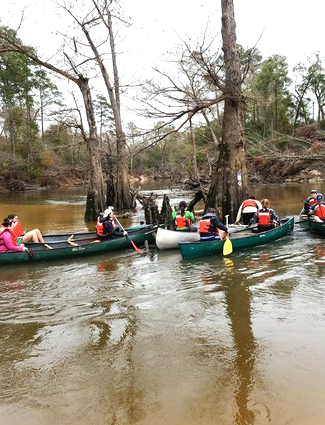 Hiking Trails - There's over forty miles of trails to tred here, so it's a great place to head to many times and see a different view as you hike. Some are oriented toward the beginner, a bit over a quarter mile, the Birdwatchers Trail at one half mile is one of the shorter trail favorites, and one, at eighteen miles, Big Sandy Trail, is a heavy round trip meant for only the most experienced and able. You can bike or horseback ride that one, too.

Camping Spots - It's all primitive and you must have a permit, but camping at Big Thicket is allowed most places, even the sandbars of the Neches River and Turkey Creek.

Canoeing - There are three Texas Paddling Trails in Big Thicket, ranging from the twenty-one mile Village Creek Paddling Trail to the five mile Cooks Lake to Scatterman Paddling Trail on parts of the Neches River, then through bayous and Scatterman Lake. The third trail, Collier's Ferry to Lake Bayou, is seven miles roundtrip. 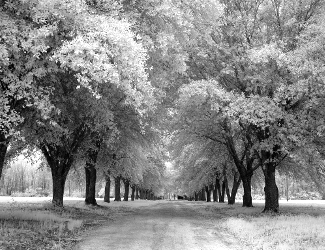 Big Thicket National Preserve is spread amongst fifteen units in seven counties of Texas. Your stop during a first visit there should likely be at the Big Thicket Visitor Center, which is eight miles north of Kountze on Route 69/287. If you're coming from the Beaumont area, that's thiry miles north, although there are units between Beaumont and the Visitor Center for you to visit along the way. The physical address of the Visitor Center is 6102 FM 420, Kountze, TX 77625.

There is no lodging in the park, but plenty of places in the Beaumont area and in towns near the various units. Check one of your favorite hotel/motel sites for the choice that's right for you.

There are no developed campground areas within the units of Big Thicket, but primitive backcountry camping is allowed most places. Check at the Visitor Center for suggestions and to register for a free permit, which is required. It is also required for you to check out when leaving.

Photo above: Black and white image of a canopy of trees in the Polk County section of Big Thicket. Source: National Park Service. 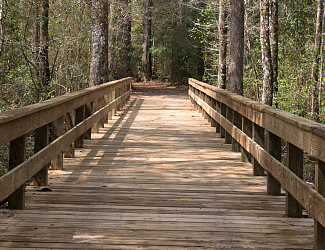 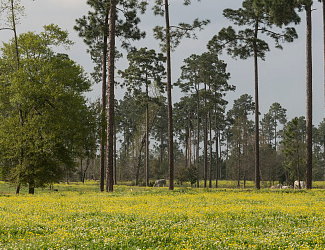 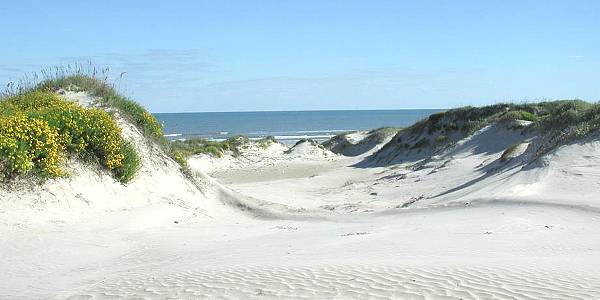