Summer - Warm and humid.
Winter - Often cold and blustery. It's New England, after all.

Above image: Paul Revere on his ride to warn the patriots that the British were coming. Right: The Boston Tea Party. Image source: Library of Congress.

From Old North Church and the ride of Paul Revere to the Boston Tea Party. From Crispus Attucks and the history of African Americans to form a nation, plus the struggles along the way. The city where the seeds of independence would be sown across the colonies down to Philadelphia and its hall. There's a famous hall here as well, Faneuil Hall, the site of the Committee of Correspondence. And there are famous men, sites, and vibrant history at almost every turn. Massachusetts was a thriving colony prior to March 5, 1770. It was an envy of colonial patriots as well as the British, who were using the goods of the colony to allow their manufactures and economy to prosper. So when the Boston Massacre singed that partnership, that had been growing a weary tail for the past decade or more, it was a battle with a larger signal than its actual outcome. It was a signal for what would come five years later when a full blown war for independence was begun in greater measure. Yes, the Boston Massacre is considered the first battle of the Revolutionary War. The conflict was started at a customs commision where forty to fifty patriots were demonstrating. British troops engaged, firing into the crowd, killing five, including Mr. Attucks, a fugitive black slave and seaman.

For the next three years, a contentious relationship over trade policy and taxes waged back and forth across the Atlantic. On December 16, 1773, those acts reared another head. England had begun to allow the English East India Company to ship surplus tea to the colonies at a very low cost, thus causing a monopoly in the tea trade, and taxing the lot to boot. The colonists were steamed at the taxation without their consent and met at the Old South Meeting House to discuss a plan of action. That action became the Boston Tea Party, when three hundred and forty-two chests of tea were thrown overboard into the harbor.

British authorities continued to press hard on the colony of Massachusetts over the next two years, revoking self-rule, and provoking the colony, as well as the remainder of the colonies, to consider their options. By February of 1775, the British had declared Massachusetts to be in revolt; by April, lanterns were being hung in Old North Church and a colonist by the name of Paul Revere was riding furiously through the night to warn his friends, "The British are Coming. The British are Coming." And they were coming for war, first at Lexington, Concord, leading to Valley Forge, and Sarasota, to the battles of New Jersey, and eventually to Yorktown and true independence.

March 5, 1770 - The Boston Massacre occurs when British troops fire into a Boston mob, which patriots used as an incident to further the colonists cause of rebellion.

April 12, 1770 - The Townshend Acts duties were repealed by British Parliament, except for the tax on tea.

June 2, 1774. The Intolerable Acts were passed, requiring colonists to allow British soldiers into their homes, and also curtailed Massachusetts self-rule.

April 18, 1775 - The midnight ride of Paul Revere and William Dawes warned their colleagues that the British were on the way. One day later, the Battles of Lexington and Concord saw the first major fighting of the Revolutionary War. 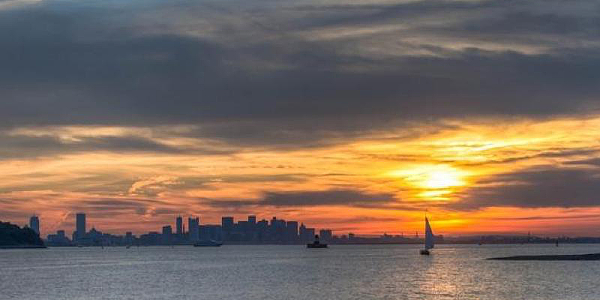 Boston National Historic Park - This park explains the story of the American Revolution, including how it started, as well as the Navy's role in its victory. Start this tour on the Freedom Trail, either on your own or with a guide. There are also tours of other sites on the trail, including the USS Cassin Young, and the USS Constitution.

Boston African American National Historic Site - Located on Beacon Hill, this park is comprised of two dozen sites that comprise the largest area of pre-Civil War black-owned buildings where the fight to abolish slavery had many of its roots. There are fourteen sites along the Black Heritage Trail, including the Robert Gould Shaw Memorial, the African Meeting House, and the Museum of African-American History.

Minute Man National Historic Park - Not in Boston itself, but twenty-two miles away. However, no visit to Boston on an American Revolution history vacation would be complete without a visit to the Lexington and Concord battlefield sites located there. 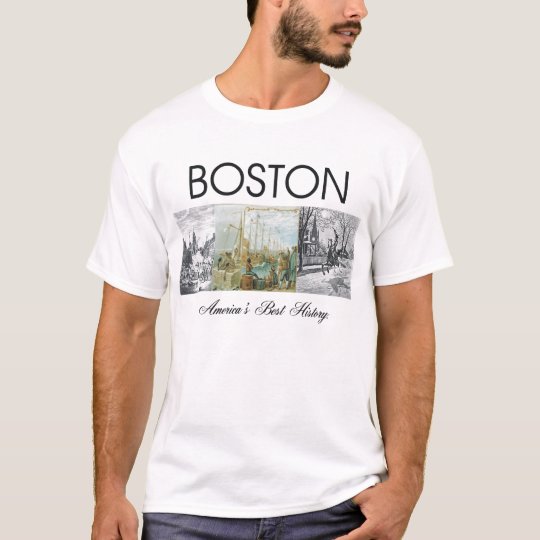 Boston History T-Shirts and other history souvenirs from the official merchandise of America's Best History. 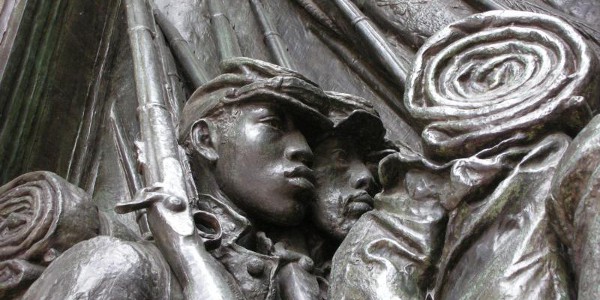 1. Walk down the three mile Freedom Trail on a 90 minute Park Ranger Tour at Boston National Historic Park. Along this route, you'll visit many of the famous sites from the history of Boston that you're familiar with from the history books, including the Bunker Hill Monument, Paul Revere's House, Faneuil Hall, Old North Church and Old South Meetings House, and the oldest commissioned warship in the world, the USS Constitution. You can do this tour on your own, but the park ranger guided walks are always a good way to get interpretation of the historic sites from an expert on the topic. These tours, however, are limited to thirty people per, and fill up quickly in the summer. They are filled on a first come, first serve, basis, first tour in summer at 10 a.m.

2. For a change of historic pace, visit the Boston National Recreation Area. It is a Ferry Ride and visit to the natural history, as well as nautical history of the area, and gets you out of the city for awhile and onto the water.

3. Visit Boston African American National Historic Site and learn more about the subsequent revolution and history of the African American struggle in Boston and throughout the nation. Fourteen historic structures in the Beacon Hill area of the city are there for your self-guided or ranger tour (in season). You can visit a few most days year round. 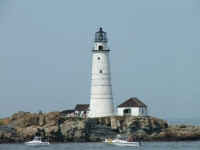 History of the Revolution, Its Cause and Bluster

Boston National Historic Park - Two visitor centers and the Freedom Trail. The downtown center next to the Old State House is a good starting off point for your Boston history visit. The other visitor center is located across the river at the Bunker Hill site and orients you to the Charlestown locations, including the Navy yard. There is a new museum at Bunker Hill, which opened in June 2007. It houses new exhibits on the battle, the monument, and Charlestown history.

Minute Man National Historic Park - The Minute Man park visitor center has a multi-media program that tells the story from Paul Revere to the battles. Outside the center, you can jump on the five mile Battle Road Trail, that allows you to follow the theme of the April 19, 1775 first main battle of the revolution. Some site are also accessible by car. Along this trail, there is the Hartwell Tavern, The Wayside: Home of Authors, the Paul Revere Capture Site, , and the North Bridge of Concord. There is also a visitor center located at North Bridge. Ranger guided tours are available at many locations; check the park schedule for times and location.

Faneuil Hall - Site of the meeting organized by Samuel Adams, the Committee of Correspondence, which was the forerunner to the Continental Congress. This meeting was only one of many to protest British Rule held in the building called the "Crade of Liberty" for its role in the decision toward U.S. independence.

Bunker Hill - Site in north Boston where the Battle of Bunker Hill occurred in June 17, 1775, made famous by the quote, "Don't fire until you see the whites of their eyes!" This battle, a British victory, was nonetheless a surprise to British commanders as to the tenacity of the colonists in their effort to withstall assaults and inflict casualties. A 221 foot monument now stands on site to commemorate the battle.

Paul Revere's House - The oldest building in downtown Beantown, named for the Puritan practice of baking enough beans on Saturday to be eaten for two days since it was not proper to cook on Sunday, was built around 1670.

Boston Harbor Island National Recreation Area - A bit different, but still historical. The Boston Harbor experience allows you to take a ferry ride, visit a Civil War era fort, and take a guided tour of the islands. There are 34 islands within the park. Additional fees are charged for the Boston Light Tour and Ranger Harbor Tours.

Above photo: Faneiul Hall. No you can't stay there. Below left: Drawing of the Boston Massacre, March 5, 1770. Courtesy Library of Congress.

Other National Historic Sites in the Boston Area

Boston is a big town that caters to business, tourists, and a whole lot more. A variety of lodging opportunities abound in the city. Check the local tourist board, or online hotel/motel sites for the choice that's right for you.