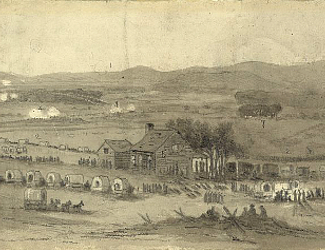 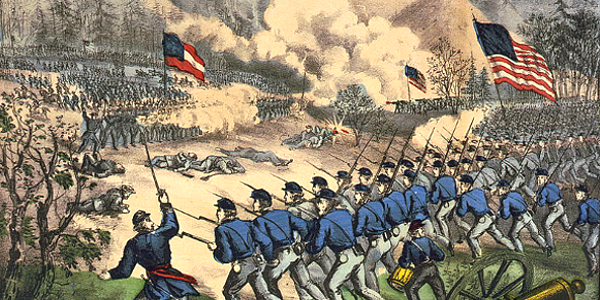 Hopefully soon coming to a Virginia landscape near Culpeper, the Brandy Station and Cedar Mountain Virginia State Battlefield Park. The battles of Cedar Mountain in 1862 and the cavalry Battle of Brandy Station one year later, as the armies moved toward Gettysburg, are historic no matter the status of their land. However, with the current push by local organizations on land purchased by them and the American Battlefield Trust, aka Civil War Trust, there is a 2020 push for the Virginia State legislature to finally accept the gift of that land for a Virginia State Battlefield Park. With thousands of acres of land already preserved on both sides of Culpeper, Virginia, its time is well past due. For now, the land is still there and interpreted by volunteers, with a Graffiti House serving as a Visitor Center for Brandy Station. So your visit is certainly worth it now, but within several years there's hope that a more permanent presence will come and elevate these two battles to the rightful place among the battlefields you already may know more about. 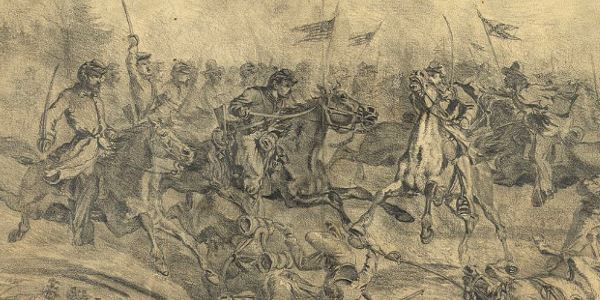 Battle of Cedar Mountain Then

The Battle of Cedar Mountain occurred on August 9, 1862, after Major General John Pope had been given a new assignment. He would head the Army of Virginia and defend the north part of the state, as well as Washington, D.C., while the Army of the Potomac and General McClellan pursued the Seven Days Battles toward Richmond. Those battles were not going as planned, however, and after the Seven Days Battles were lost, the Confederates moved toward Pope as he approached Culpeper Court House and the rail junction at Gordonsville. With 14,000 men under General Stonewall Jackson, and part of A.P. Hill's division, the Confederate forces totaled 16,858. Pope only had 8,030 soldiers under General Nathanial Banks to defend its positions around Cedar Mountain south of Culpeper when August 9 arrived.

At first, the Federal forces held their ground, but as the day grew long, A.P. Hill counterattacked the Union right. The Confederates, with their advantage in manpower, would win the battle, causing the Union Army to begin its retreat by 7:45 p.m. Casualties for the Union had mounted to 2,353 versus 1,338 for the South. The aftermath of the Battle of Cedar Mountain was conclusive; it pushed the fighting of the Civil War in Virginia north, away from Richmond, and into Union held territory.

Battle of Brandy Station Then

Although Civil War scholars recognized the cavalry battle at Brandy Station as the start of the Gettysburg campaign, the Battle of Brandy Station was, at the time, a diversionary tactic by Robert E. Lee to hide his trek north. He sent General JEB Stuart with his cavalry on June 9, 1863 to provide this diversion. It was not a surprise, however, to the Union Cavalry under the command of Major General Alfred Pleasonton. He struck Stuart's camp in a dawn attack before Stuart could launch his attack; the largest cavalry battle ever on American soil ensued.

Eleven thousand cavalry soldiers for the Union battled nine thousand five hundred of Stuart's men at locations such as Fleetwood Hill, St. James Church, and Richardson's Farm. The fighting lasted for fourteen hours until Pleasonton left the field. Despite his withdrawal and a larger casualty total (866 to 433 killed, wounded, and missing), the Battle of Brandy Station was considered a huge morale win for the Union. It was the first time the Union cavalry had been able to stand toe to toe with Stuart. 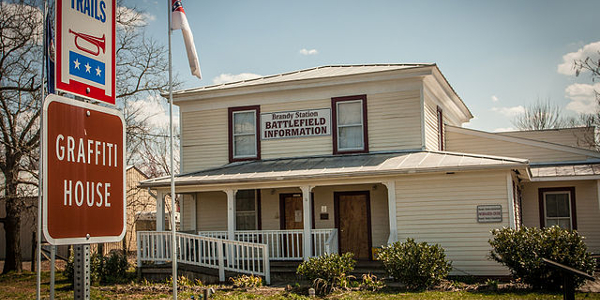 Today, the Cedar Mountain battlefield, with four hundred and niney-eight acres preserved by the Friends of Cedar Mountain Battlefield and the Civil War Trust, is interpreted by a seven stop, wayside markered trail over one half mile long. Other trails stem from the main trail, extending that length to about double, and take you to other spots, such as the Stonewall Brigade Monument and the Third Wisconsin Monument. Give yourself at least an hour for the trail system.

Battle of the Brandy Station Now

Preservation efforts at Brandy Station have been successful at the permanent preservation of 2,153 acres through the Brandy Station Foundation and Civil War Trust (as of February 2020). There are battlefield trails with wayside markers at Fleetwood Hill, St. James Church, and Buford's Knoll. The Graffiti House, a hospital during and after the battle, is open to visit, with signature graffiti from soldiers on its walls. There are guided tours available from volunteers, exhibits, and orientation from staff during open hours. 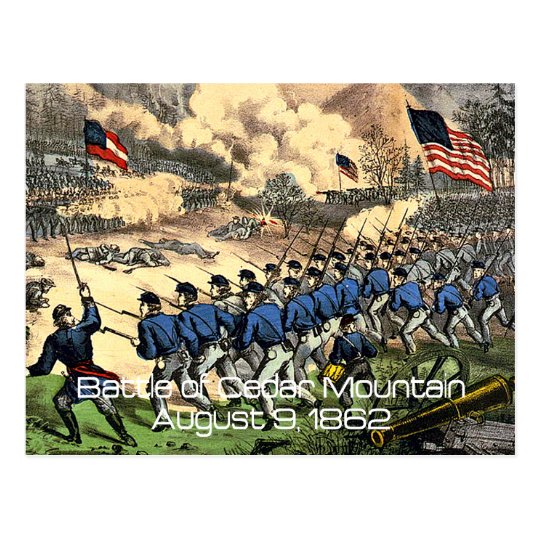 Battle of Brandy Station and Cedar Mountain T-Shirts and Souvenirs. Great for fans of the Civil War and American History. 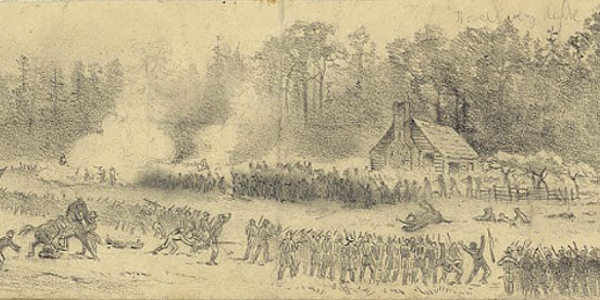 1. The Graffiti House. This house, which will help you orient yourself to the area's two battlfields, is a treat for several reasons. It was here during the Battle of Brandy Station plus Brandy Station winter encampment, and, predominantly, it contains graffiti signatures from the soldiers who were here. House is open weekends only from 11-4 from March to early December. Lectures on last Sunday of each month from April to September. Group tours available for $5 per person; call ahead for those. Gift shop.

2. Walk the interpretive trail at Cedar Mountain. The main trail (yellow) is one half mile in length and will take an hour or so. If you have time, extend your visit to the red trail that takes you to some of the lesser visited locations.

3. Take advantage of a volunteer tour of the Brandy Station Battlefield. These occur on weekends during the spring, summer, and fall. Call ahead to the Graffiti House to find out when these occur. They're volunteer staffed, so not available all weekend days.

Photo above: Drawing of the charge of Union troops against Stonewall Jackson at Cedar Mountain, 1862, Edwin Forbes. Courtesy Library of Congress. 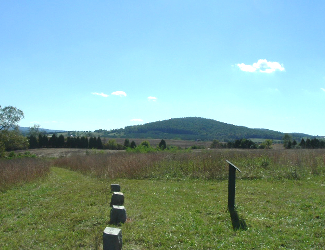 Graffiti House - The Graffiti House, built in 1858 between the railroad and Route 15/29, served as a field hospital during and after the battle for the South and holds graffiti signatures of various soldiers, including famous generals such as JEB Stuart. The house is open weekends only from 11-4 from March to early December. There is a gift shop. The building, a commercial structure, was owned by James Barbour, a Confederate sympathizer, during the Civil War.

Cedar Mountain Battlefield - There's a one half mile wayside trail to seven specific important spots on the battlefield created by the Civil Trust and partners, and an additional longer trail to other monuments. It's self-guided and mostly farm fields. There is no visitor center or facilities at this battlefield, so come prepared.

Brandy Station Battlefield - On the over two thousand acres of preserved battlefield, there are a number of markers and monuments that tell the story on three distinct trails; Fleetwood Hill, St. James Church, and Barlow's Knoll. 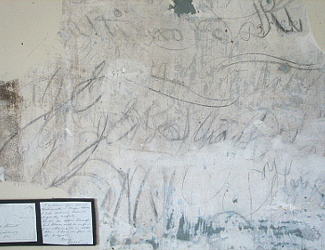 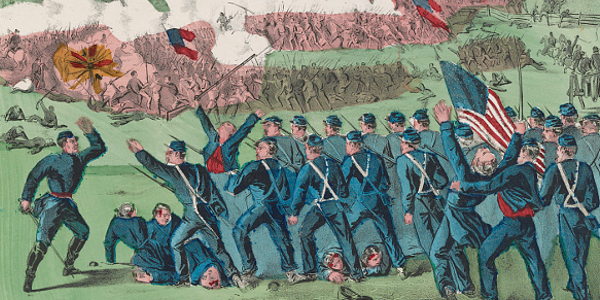 For the first time visitor, we'd suggest stopping at the Graffiti House at Brandy Station first, then orient yourself to the main battlefield land, about three miles away, and the further afield Cedar Mountain site. The house is only open weekends from March 1 to the beginning of December each year. It's located at Graffiti House, 19484 Brandy Road, Brandy Station, VA 22714. That's just off Route 15 about three miles north of Culpeper, Virginia.

If you're going straight to the Battle of Cedar Mountain battlefield, it's located at 9465 General Winder Road, Rapidan VA 22733.

While there are cool historic places to stay nearby such as the Inn at Meander Plantation, much of the area lodging is located around Culpeper or down Route 3 toward Fredericksburg. Check out your favorite online travel site, such as Expedia.

If you'd like a very unusual experience in the camping world, try the Phelps Wildlife Management Area north of Route 3 and southeast off Route 15/29. It's inexpensive, $4 per night, with no facilities. It's primitive camping, but ... it's also at the location of the Battle of Kelly's Ford.

Image above: Lithograph of the Battle of Cedar Mountain, Circa 1862-1872, Currier and Ives. Courtesy Library of Congress. 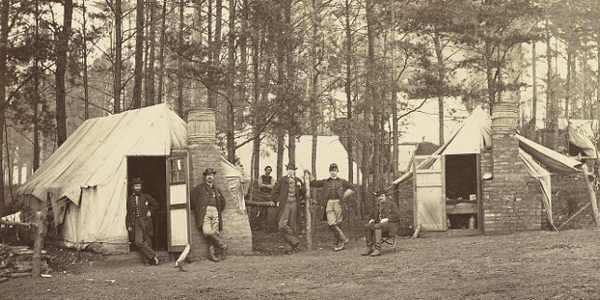 After the Battle of Bristoe Station in October 1863, the Union Army of the Potomac had pushed Confederate forces into Orange County. It had been General Lee's intention to camp at Brandy Station, but his loss at Rappahannock Station caused Lee to abandon the area on November 8, 1863 and cross the Rapidan, leaving Culpeper and its ten thousand citizens to the Union. General Meade decided to encamp his one hundred thousand soldiers for the winter on the battlefields around Culpeper Court House, with thirty thousand in the town itself. They used the Brandy Station railroad depot as a hub for transportation into camp. They tore down barns for wood, invaded homes, and laid claim to the land for five months.

When General U.S. Grant was appointed head of all Union armies, he joined Meade at Culpeper. The Union remained camped at Brandy Station until May 4, 1864, embarking on the Overland Campaign, Grant's continuous plan of battle that resulted in conflicts at the Wilderness starting on May 5, Spotsylvania, and Richmond's Cold Harbor.

Photo above: Officer quarters of Captain Harry Clinton and Captain J.R. Coxe at the winter headquarters of the Army of the Potomac at Brandy Station, 1864, Alexander Gardner. Courtesy Library of Congress. 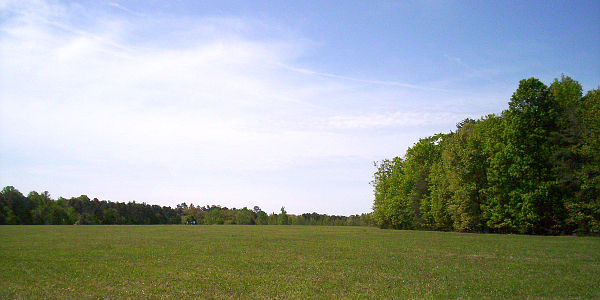