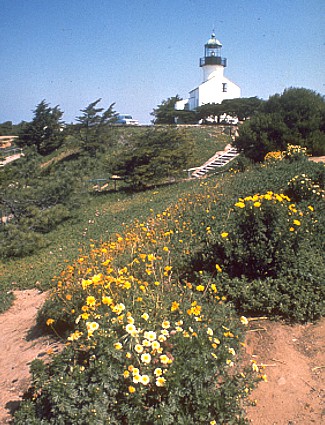 He's not thought of in the same breadth as some of the other famous explorers of America. He's not Christopher Columbus, although he actually got to the United States, not the Caribbean. He's not Hernando De Soto or Francisco Vasquez de Coronado. He's not even Sir Francis Drake or Sir Walter Raleigh, although his explorations actually got here before them. He's Juan Rodriguez Cabrillo, who was the first European explorer to set foot on the west coast of the United States, back in 1542, claim it for Spain, and begin centuries of European rule in the missions up and down the Pacific Coast, long before the United States was even a thought in a patriot mind. At Cabrillo National Monument, you'll learn that history, and witness the same spectacular views that Cabrillo did as you stand on the parapet of the Pacific Coast and stare at the waves that beat its path toward San Diego each day from then to now. 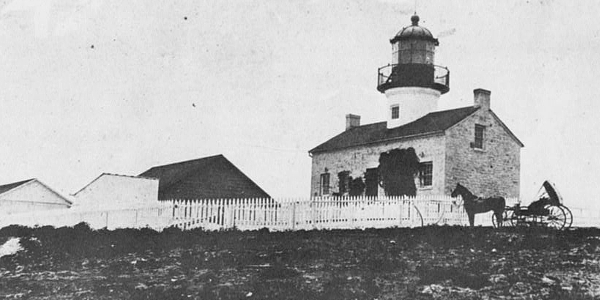 In 1540, Juan Rodriguez Cabrillo was commissioned by the Viceroy of New Spain to head up the Pacific Coast from Central America and Mexico to search for, some say, a passage to China, or the Northwest Passage. After native troubles in Mexico, he would head north again with three ships on June 27, 1542, and would land in San Diego Bay on September 28, the first European explorer to make it to the west coast of what would become the United States. They would continue north as far as the Russian River, miss the entrance to San Francisco Bay, then head south in November. On November 23, 1542, they would arrive at Santa Catalina Island and were attacked by Tongva warriors. Cabrillo would be injured and die from the affects of his wounds just after the new year. 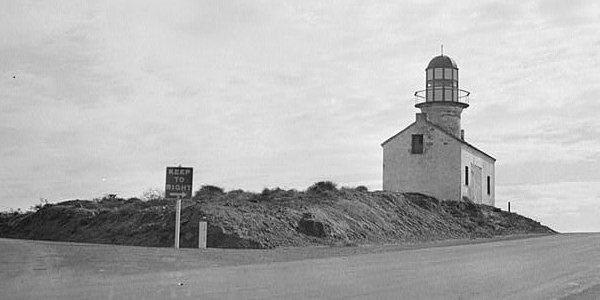 It's on the precipice of beauty, this park, rising above the Pacific Ocean over four hundred feet, as well as a site of navigation and west coast history with a California flavor all its own. Commemorating the adventures of 16th century explorer Juan Rodriguez Cabrillo, as well as the military past to San Diego defenses, Cabrillo National Monument hosts over eight hundred thousand visitors a year to the history and nature that abounds within this relatively tiny, okay, tiny, one hundred and sixty acre park. Yes, it may only be the size of a golf course, but as you hike, or whale watch, or listen to a history talk on those acres, you can envision a maritime past of exploration in a setting that few historic sites can boast. It's a wonderful diversion from the fantastic other diversions that San Diego has, from the Zoo to Coronado to Balboa Park's nature and San Diego World's Fair history. And it will probably be a pretty good weather day at that.

Today, a life-sized statue stands on the grounds of the park, donated by Portugal, and celebrates his discovery. In September, a three day Cabrillo Festival is held, with a reenactment of his founding of San Diego Bay. Today, not only does the monument stand testament to the 16th century explorer Castillo, but also to Fort Rosecrans, an 1899 Army base that protected the coast during World War I and II. Even today, beyond providing the history and recreation of the park, the south end of the peninsula serves as a Coast Guard Reservation, where they operate the Point Loma Light Station. That station replaced the one in the park in 1891 and is still in use, although automated, today. This is an active base, serving coastal defense and rescue missions, and not open to the public.

Cabrillo National Monument T-Shirts and Souvenirs from the official merchandise of America's Best History. Great for your next Pacific Coast adventure or to remember one you've already had. 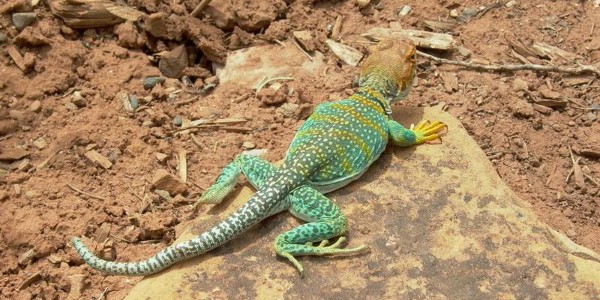 1. Take a ranger guided tour. Although Cabrillo National Monument is predominantly an explore on your own park, it's always great to have a guide. Check at the visitor center for when these tours are available on subjects as diverse as lighthouse history, 16th century navigation, or beautiful, wonderful, nature.

2. Use your feet. Take the two mile Bayside Trail and witness an endangered coastal sage brush habitat. If you drive down Cabrillo Road over to the west side of the park, you can explore the tidepools at the end of the one mile Coastal Trail. Check at the visitor center or online for when low tide allows access.

3. Three times per year, you can visit on the day when you can go up the Point Loma Lighthouse steps to the tower. Check ahead for dates.

Photo above: One of the creatures who did not leave the cliff dwelling area over the centuries and still lives there, a yellow-headed collared lizard. Courtesy National Park Service. 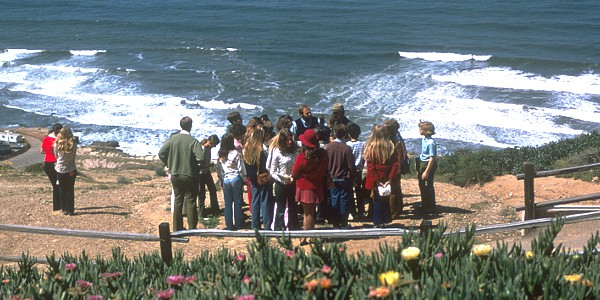 Juan Rodriguez Castillo Statue - Not far from the Visitor Center, this statue of the explorer commands the peninsula as he did in 1542.

Old Point Loma Lighthouse - Restored to its 1880's appearance, with interactive exhibits in the lighthouse and adjacent Assistant Lightkeeper's Quarters.

Military Museum - Exhibits about Fort Rosecrans and the military past on the peninsula.

Whale Overlook - Yes, a good place to look for them.

Cabrillo National Monument is located on the Point Loma Peninisula west of San Diego. From downtown, you should take Harbor Drive past the airport, left on Rosecrans Street, and right on Canon Street. Turn left on Catalina Boulevard (Cabrillo Memorial Drive). Cataline Boulevard is part of the 59 miles San Diego Scenic Drive. Follow it to the southern end of the peninsula.

The park is also accessible through Route 84 of the San Diego Metropolian Transport Bus Service. It will drop you off right at the Visitor Center.

Cabrillo National Monument is a relatively small place, one hundred and sixty acres, and there is no food, lodging, or camping of any kind. There is also no picnic area, although you can certainly sit or lay around the park and eat what you've brought. Pack in, pack out rules apply.

There are plenty of restaurants, motels, bed and breakfasts, and campsites in the San Diego area. Check out your favorite online lodging site for the lodging type of your choice. 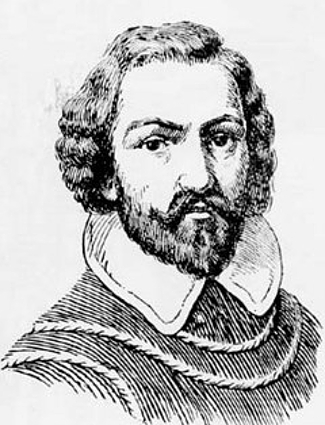