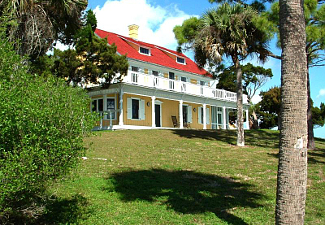 It's one of the last remaining non commercial areas of the Florida Atlantic Coast, and so close to the Kennedy Space Center, some areas close when there's a launch. But for those that want a little space excitement followed by a respite on the sand, it's hard to beat this pristine expanse of rain forest vegetation, estuaries, and sand. Take some time on your Florida vacation to visit the mouse, space, history, and the beach here at Canaveral. It's becoming more and more popular, and after your visit, you're gonna know the reason why. 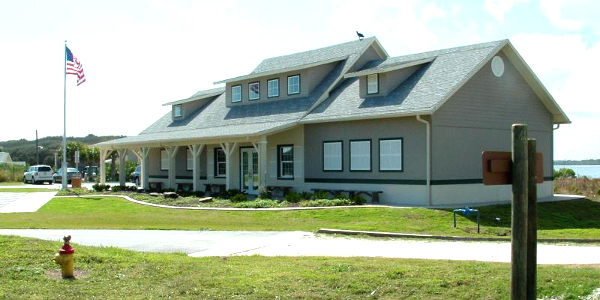 For most first time visitors, a stop at the Apollo Visitor Center is the best place to get orientation, find out about ranger activities, historic sites, and the best beaches. With twenty-four miles of them, that's likely a subjective opinion, but it will take you awhile to check them all out on your own so a little subjectivity might be welcome. This area was home to the Timucuan Indians and remnants of their shell middens can be seen on several trails. If that's of interest, ask where's the best locations are to witness that history. One hint, if you came in from the north, you've probably already seen, or at least, passed the largest, Turtle Mound. 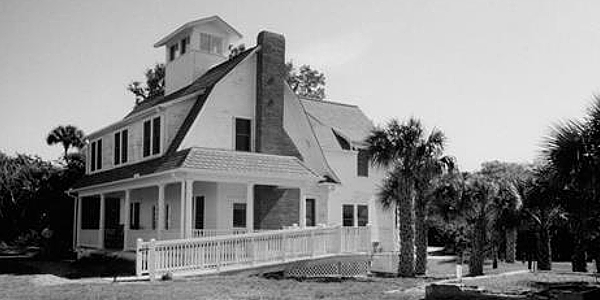 Timucuan Indians - Native American tribe who inhabited the coast of southern Georgia to Central Florida lived within the confines of the Canaveral National Seashore. Most significant evidence of which, Turtle Mound, the largest of the midden shells constructed not only in the park, but in the mainland United States, around 1,000 B.C. It is six hundred feet long and fifty feet high. Midden shells contain oyster shells from clam processing and refuse from the tribe. It's name, Turtle Mound, is the most recent monikor, due to its shape. Historians note it known as Surruque, after an Indian Chief, and later as Mount Belvedere, the Rock, Mount Tucker, and Turtle Mount.

Seminole Rest Historic Site - Also site of several midden shells, including Snyder's Mound on the western shore of Mosquito Lagoon. After European arrival, the Timucuan population had been reduced, mostly through disease, from two hundred thousand to one thousand by 1700. When the pioneer period of Florida developed in the 1870s, structures began to dot the Oak Hill area and Seminole Ranch. The Instone House and a caretaker's cottage from that period remain and can be visited, as well as the mounds, on boardwalks to preserve the integrity of the site.

Eldora State House - Built in 1913, the house, also known as the Moulton-Wells home, is evidence of earlier life on Mosquito Lagoon. Exhibits now tells the story of the town of Eldora and its four eras of history.

Studies to preserve the park began in 1955, but it was not designated the Canaveral National Seashore until January 3, 1975. Today the park is home to over three hundred birds, some of which can be pointed out during your boat bird tour if you get the chance, one thousand plants, plus mammals of the Manatee kind and sea turtle variety. Timucuan Indian tribe midden shells, including Turtle Mound, which can be seen seven miles into the Atlantic, is located just north of the Visitor Center. There are three sections of beaches within the twenty-five miles. Apollo Beach (north) where the Visitor Center is located. Klondike Beach sits in the center and Playalinda Beach in the south. Playalinda is considered the best surf beach of the three, but is also the beach closed during launch and some other Cape Canaveral activities.

Both the Seminole Rest Historic Site and Eldora State House are open to visit several days a week during the winter season, with occasional ranger tours. Both are located in the Apollo Beach section of the park, one on the west and one of the east side of Mosquito Lagoon. 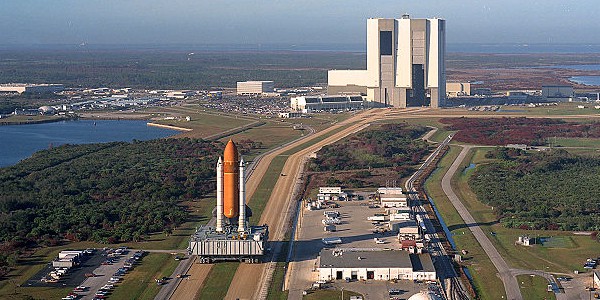 1. Take a boat tour. If you're gonna be there during the days of the tour (usually once per week), take the Birder Pontoon Boat Tour or Mosquito Lagoon Boat Tour on the pontoon boat Tortuga del Sol. There's a fee, but the two hour tour through the National Seashore with a ranger guide will be a great addition to your visit. If you want a more interactive experience, take the Mosquito Lagoon Canoe tour. Yes, you'll be canoeing, guided by a ranger. Free right now, although that may change, but reservations, one week in advance are required and you must be at least eight years old.

2. Take a walk. Whether you're on the beach or one of the many trails, it's a great leisurely place to hoof it. There are also guided tours at various locations, including Playalinda Beach and the Seminole Rest home, plus those midden shell mounds to visit.

3. Okay, just head to the beach. Over twenty-four miles of beaches with restrooms and boardwalk access from the various parking areas.

Photo above: Rocket on the way to the launch pad at the Kennedy Space Center. Courtesy NASA. 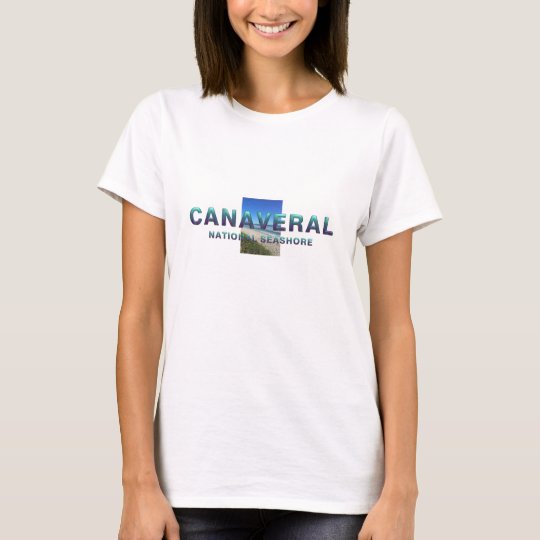 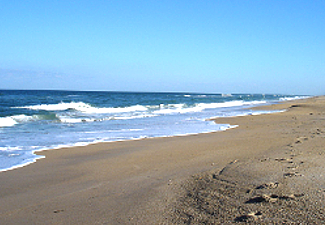 Apollo Visitor Center - Located in the northern section of the park, the Visitor Center has exhibits, a short film about the park, facilities, orientation, a book store, walking trails, and ranger tours many days. It is open 9 a.m. to 5:00 p.m. Boat tours (once per week, fee required, reservation required) with a ranger depart from here.

Seminole Rest Historic Site - West side of Mosquito Lagoon. Open Friday through Sunday to the public. Ranger tours some days through the house and grounds.

Eldora State House - Open Tuesday through Sunday during the winter season from 12:00 to 4:00 p.m.

Boat Ramps - Two boats ramps in the Apollo District; two canoe/kayak ramps as well. In Playalinda, there is one boat ramp at Eddy Creek. No airboat or jet ski use is allowed in the park.

Hiking Trails - Mostly of the short interpretive kind, some leading to the historic sites of Eldora, Seminole Rest, midden shells, and more than a few with boardwalks. 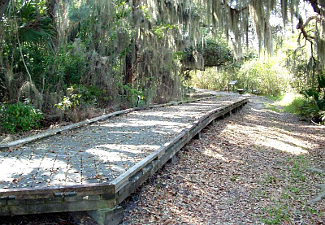 There is no lodging within the park itself. Motels are plentiful in the south near the Kennedy Space Center or in the New Smyrna area prior to the north entrance of the park. Check with the lodging choices at your favorite online lodging choice, or contact the local or state visitors bureau.

Primitive camping is allowed at fourteen boat in sites. Reservation required. No RV or car camping allowed. Outside the park, there are a variety of camping opportunities, both vehicle or tent, along the Space Coast. 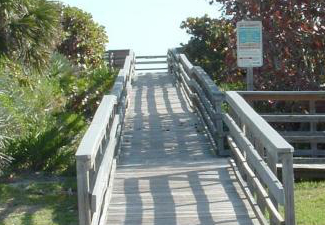 Canaveral National Seashore is located north of the Cape Canaveral Kennedy Space Center area. For the north entrance to the park at Apollo Beach, take I-95 Exit 249, travel east on Highway 44 until Highway A1A, South Atlantic Avenue, then south to the entrance. The Apollo Visitor Center is located in this area at 7611 S. Atlantic Ave, New Smyrna Beach, FL 32169. For the southern entrance at Playalinda Beach, take I-95 Exit 220, heading east on Garden Street through Titusville. Follow signs from there.