There is a charge for camping, special guided tours, and backcountry permits.

During the summer months of June through August, expect average high temperatures at or above 90 degrees. Nights will cool into the 50s on average. Not much precipitation with an afternoon thunderstorm possible. March through May and September and October are more temperate times to visit. Very little snowfall, under six inches on average. Check the local weather forecast for the days you want to visit, and be prepared for all conditions.

There is no transportation within the park, with the exception of some vehicle tours by approved companies. 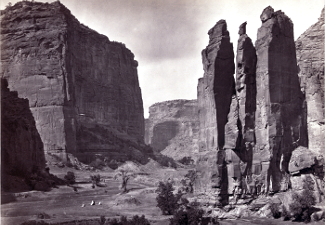 This is a unique place of five thousand year habitation history, but what might come second to mind, is that it is a National Park site where none of the land is owned by the Park Service. It's the only park like that. Canyon de Chelly is Navajo land, administered by both the tribal nation and the Park Service in a cooperative venture that dates back to April 1, 1931. The canyon floor is considered so pristine as a heritage area that there is only one relatively small trail where you're allowed to wander on your own. The remainder of tours down to the valley and near the cliff dwellings and other artifacts are either conducted by private tours approved by the Navajo or by park service guide. You can wonder over the viewshed on your own from the canyon drive, but you'll need a guide on foot, vehicle, or horse to see more. And if you're able, that might be just the way you want it. 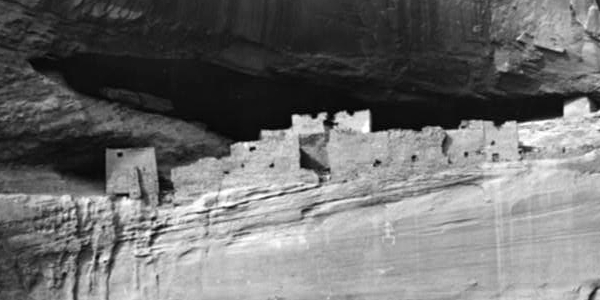 Anasazi and who came after - For thousands of years, the ancestral puebloans people lived and worked in the desert southwest. The name was given them by the Navajo, who came after and were not their descendants. What did the name mean? Enemy ancestors. When did they leave? By the 1300's. Who were their descendants? The Hopi, who eventually moved west to the mesa tops. When did the Navajo arrive? Around 1400, from Canada and Alaska.

Battle of Canyon de Chelly - Not a historic event that's most in vogue when talking about the canyon, but in 1864, Kit Carson was told to enter the Canyon and round up the remainder of the Navajo and take them to reservation at Bosque Redondo, the military fort southeast New Mexico. The army had been warned, after an incusion by Colonel Miles six years earlier, never to reenter Canyon de Chelly. At first, the effort was stalled when Navajo commander Barboncito ran off the Army mules. But on January 6, Carson came with 378 men into the canyon, eventually surrounding the Navajo around Fortress Rock. This isolated position caused many of the Navajo nation to turn themselves over. By summer, eight thousand Navajo had surrendered. 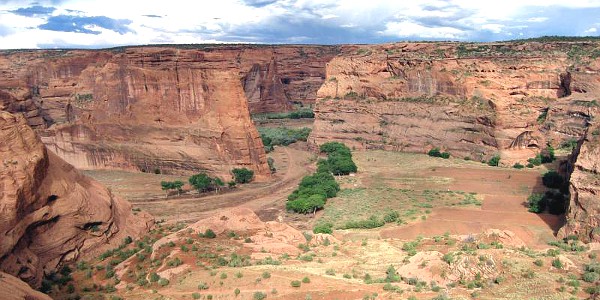 The entire park is owned by the Navajo reservation and they preserve and live in the area of the canyons. Protection of these dwellings and canyons is at the forefront of all park, but may be even higher here. With the exception of the short White House trail, visitors are not allowed into the canyon. With Park Service Rangers as guides or approved tour campanies by the Navajo as guides, visitors can enter in small groups.

The park includes a Visitor Center three miles from Chinle, Arizona, and two roads, North and South Rim, that take visitors on a self-guided journey onto the overlooks that show the canyon and cliff dwellings from a distance.

There's actually three canyon here, the namesake Canyon de Chelly, Canyon del Meurto, and Canyon Monument, but in many ways when you visit, you'll think of this monument as having two sides; the canyon rim and the canyon floor. It all encompasses one large heritage area to the Ancient Anasazi Puelbo and the Navajo. Navajo families still live in the park. A visit to Canyon Chelly will start at the Visitor Center and likely include two drives, along the North Rim or South Rim. From there you can witness the canyon in most of its splendor, and sight ruins from Antelope House to White House. A short trail down to view White House ruins is the only trail available into the canyon where a guide is not necessary. 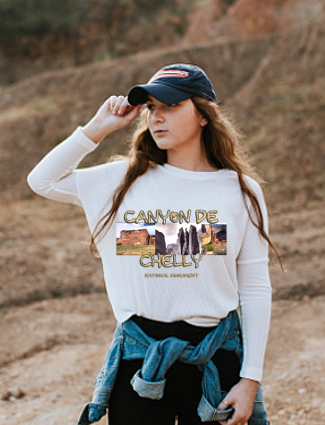 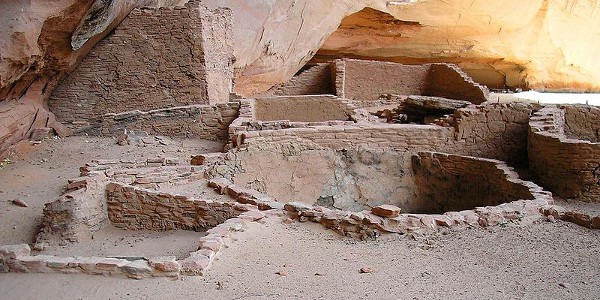 1. Take a ranger guided or private tour of the canyon floor. While the ranger guided tours are free, it's a good idea to sign up for these events, predominantly held during the tourist season. Only fifteen people are allowed on these hikes and they can be strenuous. The private tours by the approved concessionaires include vehicle and horse tours, plus hikes. A list is available at the entrance to Cottonwood Campground.

2. Take a drive. Both the North and South Rim drives provide a great glimpse into the territory the Navajo call home and the Anasazi used to.

3. Stay at the Chelly. The Thunderbird Lodge, as well as the two campgrounds get you so close to the land, it's a treat to be able to wander out of your tent or room and think about what transpired here and the type of life that was lived just feet from where you're staying. A meal at the Thunderbird is also a great idea after a hungry day. 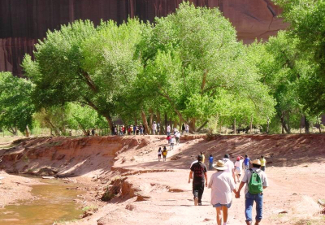 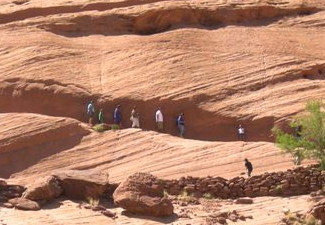 Lodging - Thunderbird Lodge is the only lodging in the park and it's Navajo run. Located near the Visitor Center and Cottonwood Campground, this unique lodge has a restaurant in the 1896 Trading Post. They also conduct tours of the canyon floor.

Camping - There are two campgrounds in the park, one run by the Navajo tribe, and the other private.

Spider Rock Campground - Private, on edge of canyon rim near Spider Rock along the South Rim Drive. 30 sites, plus hogans for rent.

Photo above: Visitors on a guided tour walking on one of the cliff paths of the White House Trail. Source: National Park Service. 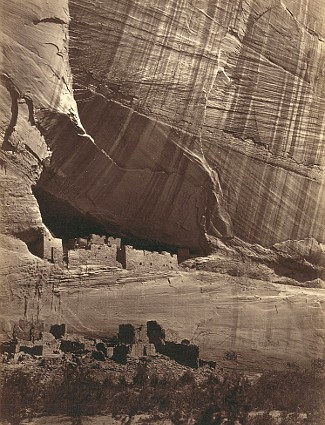 Other Campgrounds/Lodging - For other lodging nearby in Chinle and other towns, check out the lodging choices at your favorite online travel site, or contact the local or state visitors bureau.