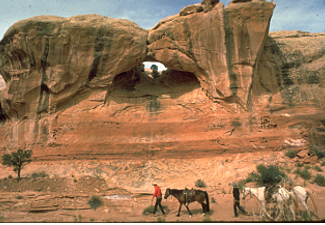 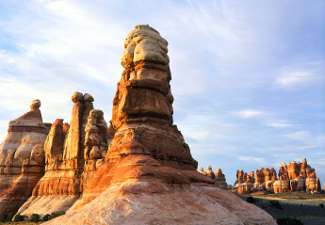 Photo above: Spires rising above the canyon floors at Canyonlands National Park. Right: Grass and water pools formed by the runoff into the Green and Colorado Rivers. Source: National Park Service. Odd in a way as part of the double whammy national parks not far from the doorsteps of Moab, Utah, but Canyonlands, at nearly five times the size, is the poor sister, gathering less than 40% of the attendance of Arches National Park. But don't let that fool you into thinking there's nothing special about all that land west of the Moab. In two distinct areas, the Island of the Sky and Needles, you'll get to witness beauty with the panache reserved for few places on earth, camp under the stars, poke around the two visitors centers, and return refreshed to regular life anxious to return to the large sister who just does not get enough attention. Guess people are waiting for her to lose weight. Oh, no, microagression toward a national park. Forget we said that. Just visit her and judge for yourself. 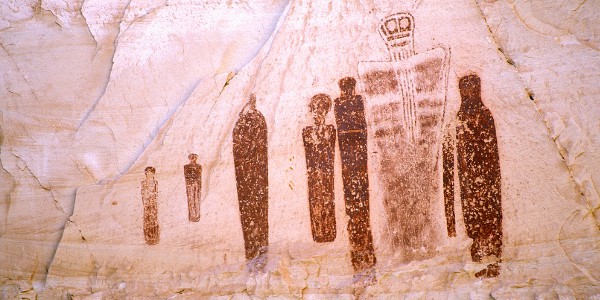 Hunter gatherers wandered these canyons eight thousand years ago, leaving traces of their past in Puebloan Granaries in the Roadside Ruin and rock art in Horseshoe Canyon. The Ute and Paiute people arrived near 800 A.D. and the Navajo five hundred years later. Yes, that's five hundred years. And all three cultures still live in the area today. European explorers came, staying for good after use of the Old Spanish Trail, but it wasn't until 1869 that an offical exploration of the area occurred with the Major John Wesley Powell Expedition.

An odd confluence of outcomes occurred in the 1950s when miners looking for uranium for the U.S. nuclear arms program began creating roads through the Canyonlands area to their mines. The area actually produced very little uranium, but did leave the remnants of those roads for tourists to slowly discover the area. Today those roads lead to backcountry adventure as well as overlook wonder and trails for the national park visitors that traverse the area. The park itself was created on September 12, 1964 by President Lyndon Johnson. 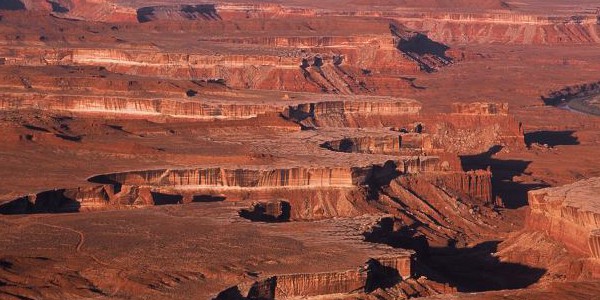 One of the difference you'll note right away between Arches and Canyonlands is that there's more water here with the opportunity to white water raft through it. The Colorado River goes by Arches, but it meanders through Canyonlands, along with the Green River on the western side. Now, neither of these are close to the main Visitor Center areas and require backcountry visitation and access points outside the park, but they're there. At the main Visitor Centers in the Island in the Sky District or Needles District, you'll the opportunities for scenic overviews and hiking are almost endless, as is the sky. 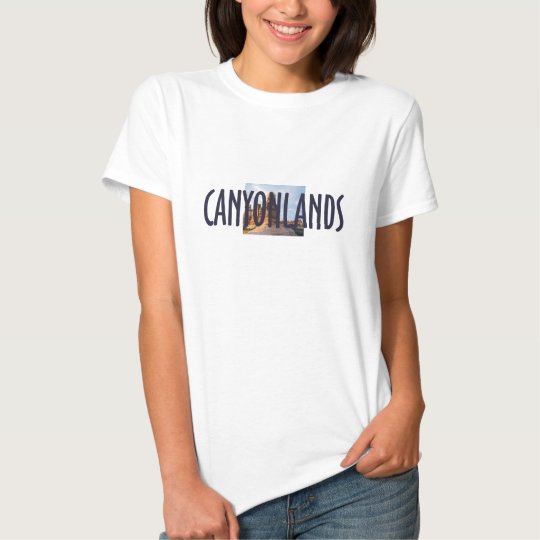 Canyonlands National Park T-Shirts and Souvenirs from the official merchandise of America's Best History. Great for your next western vacation or planning session. 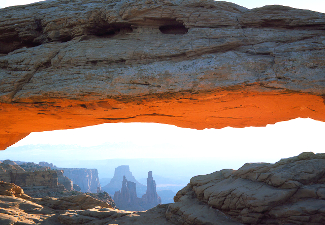 1. Stop at the Island in the Sky Visitor Center and watch the orientation film, then head out on the auto tour. Remember, you'll be one thousand feet above the canyon floor and see magnificent spots for photos.

2. Take in one of the guided ranger tours during the March to October high season. There are two regular tours daily from Island in the Sky and a night program at the Squaw Flat Campground at Needles.

3. If you're adventurous, at least in a modest way, drive the upaved three mile Elephant Hill and gander at a long distant view of the Needles.

Photo above: Sunlight streaming into the underbelly of an arch at Canyonlands National Park. Source: National Park Service. 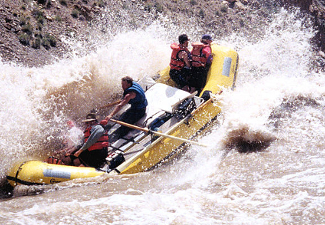 Two Visitor Centers:
Island of the Sky Visitor Center - North section of the park. It has exhibits, a book store, and ranger orientation. It is open spring through fall, closing from December 31 to mid-March.

Needles Visitor Center - Southeast section of the park. It also has exhibits about the park, a book store, and rangers on duty. It is open early March to the end of November. Water is available here year round.

Maze Ranger Station - While the Maze section has limited access and no visitor center, there is a Ranger Station staffed year round to issue permits and give general information.

There are hundreds of miles of hiking trails in the park, segmented by the three districts, Island in the Sky, Needles, and the Maze. The Maze is only accessbile as a backcountry camping destination while the other two have easy to strenous hikes depending on your fitness and desirability.

Island in the Sky District
Trails under One Mile - Mesa Arch. This trail is considered Easy by the Park Service and is the only under one mile trail designed that way.

Needles District
Trails under One Mile - Roadside Ruin, Pothole Point, and Cave Springs. These trails are listed as Easy/Moderate by the Park Service.

Canyonlands National Park is located thirty-two miles west of Moab, Utah. From Moab, take Route 191 north past the entrance station to Arches National Park, then west/south on Route 313 to the park. You will be entering at the North Entrance with the Island in the Sky Visitor Center just ahead. Access to the southern section of the Park, the Needles section, is through Route 211 West off Route 191. The Needles Visitor Center is thirty-five miles off Route 191.

There is no hotel or motel lodging within Canyonlands National Park. There is one campsite in the Island in the Sky District of the park, Willow Flat with 12 sites, and one in the Needles section, Squaw Flat with 26 sites. There is no water at Willow Flat. Three other Group Campsites also exist in the Needles section, two at Squaw Flat and one at Wooden Shoe. Backcountry camping is also permitted in all three zones, including the Maze, with a permit for up to fourteen days. 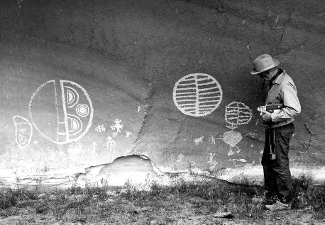 North of the park along the Route 313 corridor into the Island in the Sky District, the Bureau of Land Management maintains three campgrounds; Cowboy Camp (7 sites), Horsethief (56 sites), Lone Mesa (5 group sites only). Cowboy Camp is not suitable for trailers or large vehicles. Horsethief does accommodate RV's and trailers. Other public and private campgrounds exist south of Moab along Kane Creek Road and Route 279. There is also a campground at Dead Horse Point State Park off Route 313 with 21 sites.

For those more into the motels and bed and breakfasts route after your hike or visit, Moab, Monticello, and Hanksville, Utah have a variety of lodging choices from the typical chains to smaller private units. Check out your favorite online lodging site for the lodging type of your choice.