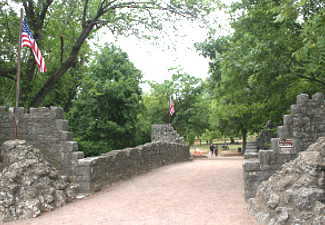 This is a park of many names, a fact that may be lost on the over one million visitors who take a dip in its waters or learn about its nature and history. However, the fact that its name changed so often since its inception as the Sulphur Springs Reservation (Yes, within Chickasaw Tribal lands at the time. They sold the initial acreage to the park.) in July 1902. Only four years later, it would become a national park called Platt after its Senator benefactor, the smallest in that designation at the time. In 1976, it would change to its current designation and combine with the Arbuckles National Recreation Area and be renamed Chickasaw. Long way to go to get to a name synonymous with the heritage of the area. But, as noted above, to the many visitors who come today, there's little care to how it got that name, or whether the many buildings that dot the landscape have CCC background. They just love the sunsets and the sailing, the hiking and the nature around every Oklahoma corner only eighty-five miles from Oklahoma City. 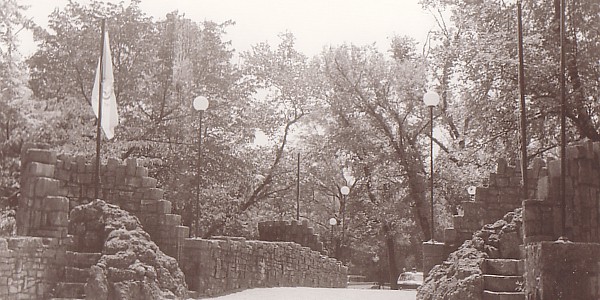 It was a place of many springs in an area the Chickasaw and Choctaw were placed after their Trail of Tears from Mississippi, Alabama, and Tennessee. The Chickasaw nation had bought part of the Choctaw Reservation, $530,000 with part of the financial sum owed to them by the U.S. government, $3,000,000, to leave all land east of the Mississippi. Unlike most tribes, they had not previously exchange land for land. The move started on July 4, 1837 with 3,001 Chickasaw. Five hundred would die before they made it to Oklahoma.

Once within the Choctaw territory, the tribe became concerned that the area would grow into a resort, like Hot Springs, so they sold 640 acres to the government to protect the nature. The park, even with all those name changes, became very popular. Two railroad lines spurred to Sulphur, the St. Louis to San Francisco Railway and the Atchison, Topeka, and Santa Fe Railway. By 1914, Platt National Park outdrew both Yosemite and Yellowstone. 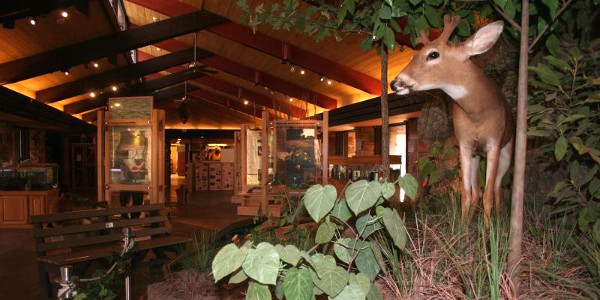 What you have in Chickasaw is a meeting of goals. From a Connecticut Senator Orville Platt just after the turn of the century who saw the need to preserve the thirty-two mineral springs south of the town of Sulphur to a Chickasaw Nation who agreed and sold the land back to the federals who had forced an earlier move, even after they'd sided with the Confederacy during the Civil War. Now, across the creeks and lakes, and the grasslands that grow from their shores, you can visit the site of the meeting of the minds on part of a reservation that the Choctaw and Chickasaw were removed to. And what had started out as a story nobody could say was good comes a national park area where families can recreate on foot, boat, and bike. But, along the way and some time during your stay, try to remember the history that got it there, relate it to those in your recreation party, both the good and the bad, and thank the Chickasaw for the splendid preservation of those springs.

Chickasaw National Recreation Area, through all those name changes and designations, is now a park in two parts, the Platt Historic District to the north, and the Lake of the Arbuckles area to the south. Both areas provide trails, fresh water, ranger talks and walks, and more. In the Platt District, there's even a bison herd near those original mineral springs. And you ask, why is the park free to use? Well, that was part of the agreement the Chickasaw tribe made with the federal government when selling them the first acreage for the park. Hopefully, it won't be another treaty the government ever backs out of with a tribe. So far, so good. Well, for the most part. There are charges to camp and day use the Lake of the Arbuckles. 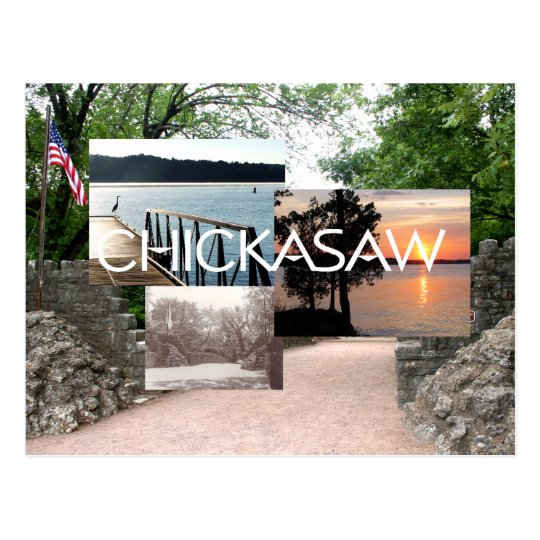 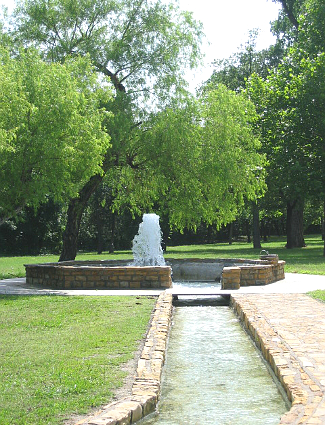 1. Take in a ranger guided tour or talk. These are held most days in the summer and on weekends in fall and winter. Some of the talks are held in the Travertine Nature Center auditorium; other hikes explore the nature of the park.

2. Get boating. On the Lake of the Arbuckles, you can sail, kayak, and water ski. There are four boat launches and a user fee is charged for this lake. At the smaller Veterans Lake, no wake boat use is allowed.

3. Take a hike. Various trails on a variety of levels spring up all over the park. From the easy Antelope and Buffalo Springs Trail near the Travertine Nature Center (1.2 miles) to the longer and a bit more challenging Rock Creek Multi-Use trail of 4.4 miles.

Photo above: Vendome Well, built in 1922, once part of a recreation complex near Platt National Park and now a site to visit in the Chickasaw National Recreation Area. Courtesy National Park Service. 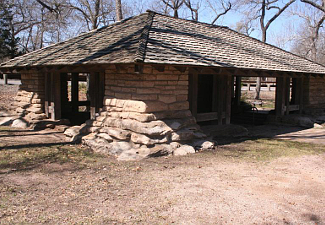 While there is no Visitor Center here, at least in name, your starting point on a first visit should be the Travertine Nature Center in the Platt Historic District. Inside the town of Sulphur, there's also an information center.

Travertine Nature Center - Exhibits, brochures, maps, bookstore, and Ranger orientation. Many of the park walks and talks start or are held here. There's also the seven minute film, "By the Ripping Water" to watch.

Lincoln Bridge - Dedicated on February 12, 1909 on the 100th anniversary of Abraham Lincoln's birth, this bridge is located in the Platt Historic District at the south edge of Flower Park.

Lake of the Arbuckles - Located at the confluence of the Guy Sandy, Buckhorn, and Rock Creeks, this lake, built by the Bureau of Reclamation in 1966, offers excellent fishing, camping, and hiking opportunities.

Veterans Lake - Western part of the Platt District and not overly used. Excellent for small boat and fishing. Sixty-seven acres. Built in 1933. 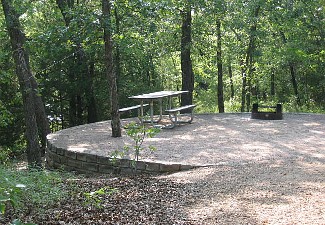 Lodging - No lodging within the park. Check out your favorite online lodging site for the lodging type of your choice.

Camping - Over four hundred camping sites dot the park in six campgrounds. Some sites can be reserved in advance and can accomodate large RV's. 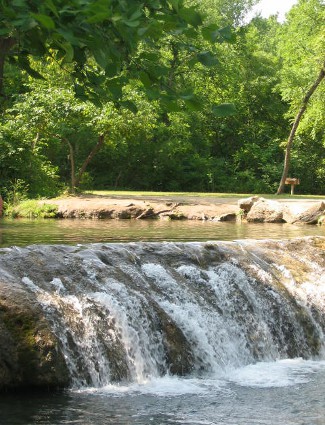 Chickasaw National Recreation Area is eighty-five miles south of Oklahoma City. Take I-235 South for 1.1 miles, then I-35 South for 72 miles. Exit 55 onto OK 7 East for 12 miles to 1st Street, then turn left into park.