Typical Rocky Mountain weather with moderate temps at the lower elevations with highs in the 70's and 80's in the summer, and lows in the 40's. At higher elevations, temps vary greatly. Be aware of other dangers in the park, including rattlesnakes, and even though a lesser problem, there are a bunch of gnats at some points in the summer. 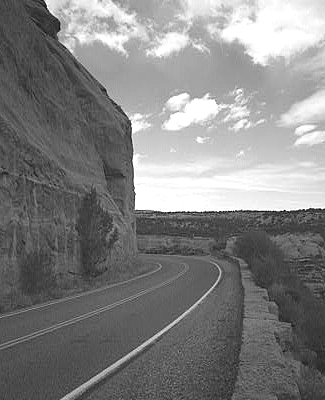 Wandering the Rockies and want to find a place where the scenery is spectacular, but your chance to find a campground is pretty good during summer travel days, then don't look much further than the National Monument known simply as Colorado. Although it is currently in the midst of a campaign to upgrade the status to a national park and get more attention, for right now, Colorado National Monument near Grand Junction is one of those gems of the National Park systems that somehow gets passed by, as folks travel to the Grand Tetons or Yellowstone or even Rocky Mountain National Park. But the sites here are spectacular as well, and the crowds less intrusive, so if that's what you're looking for this year, then take a trek to the National Monument, before more than the current sub 500,000 visitors per year find it. 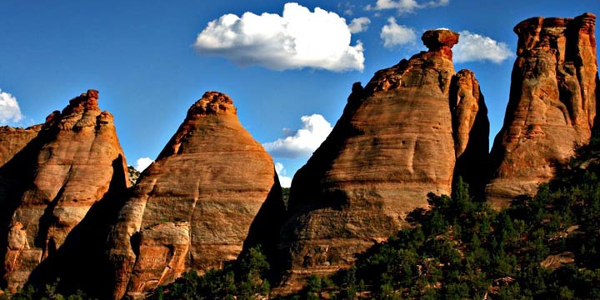 The history of the land of any national park in this part of the west stems predominantly from its Indian heritage, Northern Ute in this case, and although that heritage is in fact marred by the removal of the tribes, it still remains an integral part of the story of Colorado National Monument. That story, however, does begin to change when the various land surveys of the 1869-1878 era, like that shown above in the photograph of one of the spectacular spires by William H. Jackson during the Hayden Survey. What followed were the various Homestead Acts that brought settlers to the communities that would spring up around the sites, and then conflict, at times, with the efforts to create the national monument. That effort began around 1907 when John Otto arrived and begain his campaign for Monument Valley to be preserved as a National Park. It achieved National Monument status on May 24, 1911 when President Taft signed a proclamation to that effect. John Otto became the first park ranger, making $1 per month.

The roads of the park were built during the decades after that; first Serpents Trail between 1912 and 1921, then Rim Rock Drive in 1931. 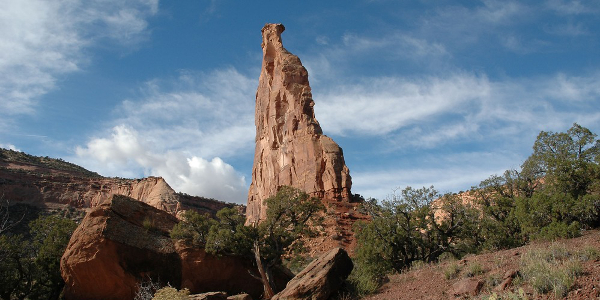 The park is an easy find off Route 70, whether you come through Grand Junction into the west entrance or the east entrance, which is actually north, off the Fruita exit. The visitor center and campground are closer to the east entrance, only four miles in, while 19 miles from the west. The only way to get from one place to the other inside the park is the Rim Rock Drive, a spectacular outlook for the entire park, but if you're initial goal is the visitor center or campground, you might want to stay on I-70 or Route 340 outside the park and enter from the east.

When you visit this park, don't expect a forested park. For the most part, this is a desert park, with the spires and mountains rising 2,000 feet above the Grand Valley of the Colorado River. The Colorado River is situated not too far outside the borders of this park. Keep your eyes peeled for spectacular canyons and wildlife, including red-tailed hawks, golden eagles, coyotes, and bighorn sheep.

Rim Rock Drive and the Visitor Center - In many ways the two most important, to visitors at least, modern improvements to the park. Rim Rock Drive was started in 1931 and became a Civilian Conservation Corps project two years later. The current Visitor Center is part of the 1956, Mission 66, program. 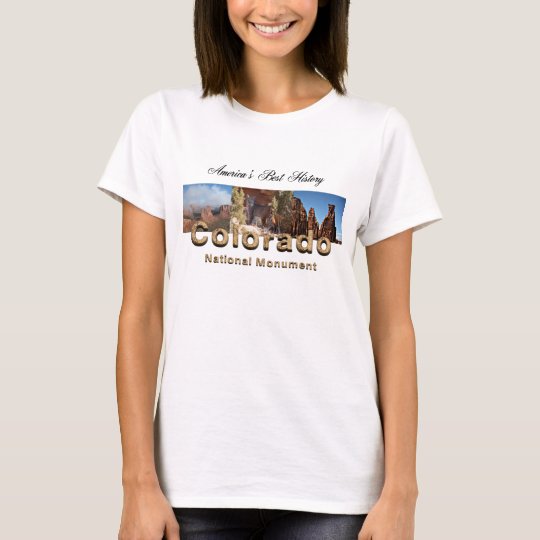 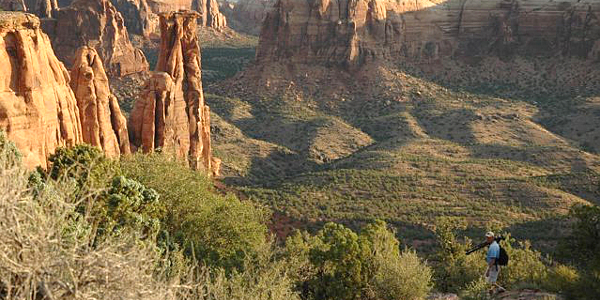 2. Take the Rim Rock Drive. If follows the rim of the mountains and provides a spectacular view of the majority of the park. It's a slow ride, 25 MPH, with three tunnels (check if you'll fit), but a ride you won't want to miss.

3. Tour the ranger guided tour. Held on a variety of topics. Check at the visitor center for the current schedule. They are held from Memorial Day to Labor Day.

4. Take advantage of the many hiking trails, including Monument Valley. Be careful, take plenty of supplies, and only hike where you are capable. Make sure you pay attention to details of the weather and other conditions to make your hike safe and enjoyable. 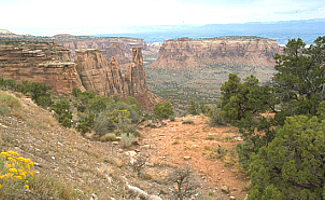 Visitor Center - With films, orientation, ranger hikes, picnic areas, and more. There is also a bookstore inside the Visitor Center.

The Rim Rock Drive - Twenty-three miles of red rock canyon vistas and a whole lot more sites to wet that visual appetite. Photo above courtesy of the Library of Congress.

Hiking Trails - From the short and easier to the 14 mile and challenging. Don't forget this is elevation and predominantly desert style terrain, not very shaded in most areas either. Bring plenty of water, good hiking shoes, and be prudent about your capabilities. Some of the more popular trails, including Serpents Trail, Liberty Cap, and Monument Canyon.

Photo above: Some of the monuments in the Colorado National Monument. Courtesy National Park Service. 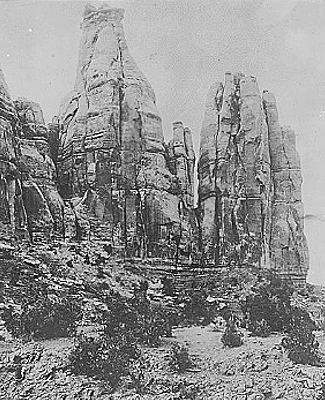 Lodging - There are no lodging options inside the park itself, although a variety of motels, bed and breakfasts, and hotels are close by in Grand Junction and Fruita. There is a defined campground inside the park.

Camping - Saddlehorn Campground near the visitor center is the only defined campground in the park, although backcountry camping is allowed in other locations. Saddlehorn is open all year long with some sites available during the peak season on first come, first serve basis, with others reservable.

Photo above: Historic image of some of the formations in Colorado National Monument. Courtesy National Archives. 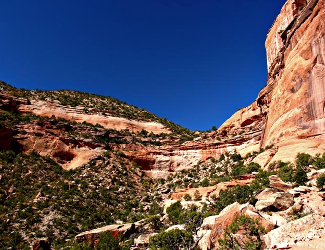 Outside the park, other camping options exist, including the state parks of Fruita and Highline. Check with the local Visitor Center in Grand Junction or Fruita for the various options, if you're not familiar with the area.

Photo above: A look back at Rim Rock Drive above. Courtesy National Park Service.