Paint the history of Baseball number by number. Stats, Player Ratings, and Salary Projections for Every Player in Major League History. Baseball Evaluation: From Doubleday to Eternity @ statgeekbaseball.com. 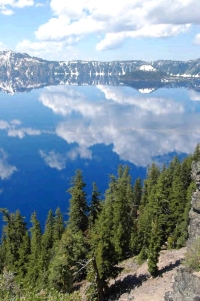 It's awesome what nature can do. Even in an somewhat unusual circumstance which created the lake at this Oregon landscape located within the Cascade Mountain Range. At Crater Lake National Park, it is a testiment to the beauty of nature in confluence with the effects of the implosion of earth after the top of Mount Mazama collapsed and was swallowed by the mountain some seven thousand seven hundreds years ago. 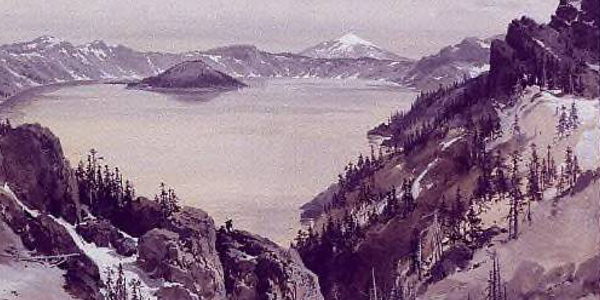 The Implosion of Mount Mazama - Try to imagine the size of the eruption that could cause a fourteen thousand foot mountain to collapse within its self. Yes, that was six to eight thousand years ago, but that is also what created the crater and lake of Crater Lake National Park and what you see today. For those who remember Mount St. Helen's eruption, imagine if the entire mountain had disappeared into a bowl beneath it. It's not hard to imagine why the Indian tribes saw magic in the lake. Check out the historic panoramic view of Crater Lake at the top of the page and compare it to the current picture on the left margin. See how similar the images are, decades apart. 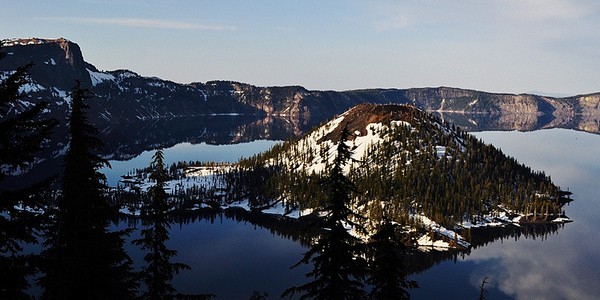 A small volcano formed at the same time, Wizard Island, which is inactive, and the bowl created by this 14,000 foot tall mount imploding, has created a lake six miles wide, twenty square miles large, with no outlets or streams flowing into the lake. The bowl has slowly filled with water, fueled by the massive amounts of snowfall in the area, and is now one thousand nine hundred and forty-three feet deep. Bounding the water, the surrounding edges of Mount Mazama rise up to two thousand feet above it. The lake is the deepest in the United States and number seven among the world's lakes.

The legends about the lake are many, including Klamath Indian claims of healing powers. When John Hillman, a prospector, found the lake in 1853, there were no fish there. Hard for fish to find a lake when there is not way in or out. (Walking fish had not been invented outside of Florida at the time.) Trout were added in 1888. Plenty of fish there now. The photo above is the view of Crater Lake, originally published in 1896. Six years later the lake and surrounding forest area were made into a national park during Theodore Roosevelt's presidency. Today, over four hundred thousand visitors come to the Crater Lake National Park to enjoy the history, nature, and other tourist opportunities. There are two visitor centers, boat tours, ranger guided walks and talks, camping sites, even shoeshoe walks in the winter, if five hundred and thirty-three inches of snowfall on average each year is to your liking. With all the awesome beauty and unique history of this Oregon wonder, plus a fantastic National Park lodge, you'd actually think that the number would be higher.

Crater Lake National Park - The beauty of the vistas at every turn, on the Rim Drive, or in the forested areas, are some of the most wonderful in the United States. Enjoy them in the variety of ways you enjoy, from hiking, fishing, camping, historical talks, and nature walks.

Crater Lake Lodge - With its verandas overlooking the crystal clear waters of the lake, the lodge at Crater Lake National Park is a wonder all its own. 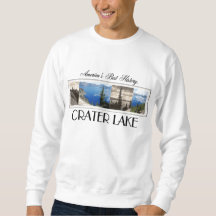 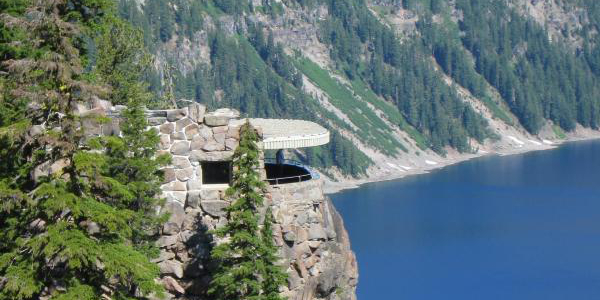 1. View the film, Crater Lake: The Mirror of Heaven, located in the Steel Visitor Center, which runs every half-hour, and get an 18 minute introduction to the lake, its origins, and the park.

2. Take the time to drive around the rim. Each corner of the round lake has its own wonderful sites to see and great photo opportunities. Rim Drive is open only in the summer.

3. Take in a ranger talk, presented during the summer season, whether they be from the back patio of the Crater Lake Lodge, the evening amphitheatre program at Mazama Campground, or other locations.

Photo above: The Sinnott Memorial Observation Point, including interpretation and exhibits. This overlook is located near the Visitor Center and Crater Lake Lodge. Courtesy National Park Service.

Get Baseball History and Books at Stat Geek Baseball, including Baseball's Best, now on sale at Amazon, Barnes and Noble, and more. 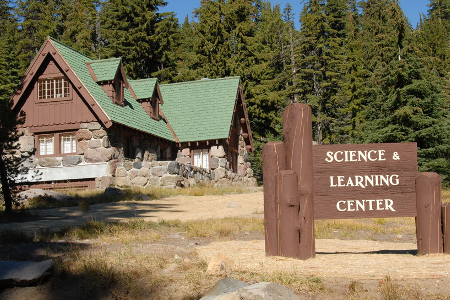 Hiking Trails
Hiking trails abound throughout the park, some are very rugged, some less so. There is even an over two mile hike (round trip) to get to the boat tour below. Probably a good idea to wear good walking shoes.

Crater Lake Boat Tours
From July to the middle of September, these tours of the crystal clear waters of Crater Lake give the visitor a chance to glimpse the park from the lake out. 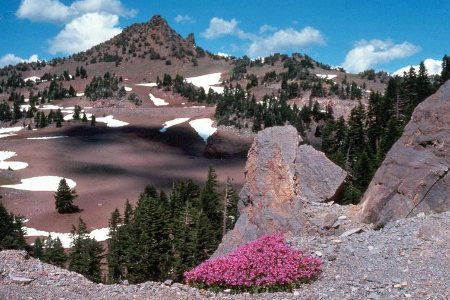 Science and Learning Center
Located in the Superintendent's House, a National Historic Landmark on its own, the Learning Center is run by Southern Oregon University and the Oregon Institute of Technology. It conducts research into the ecology of the park and region, hosts an Artist in Residence program, and conducts Field Trip classrooms for students, some on snowshoes. 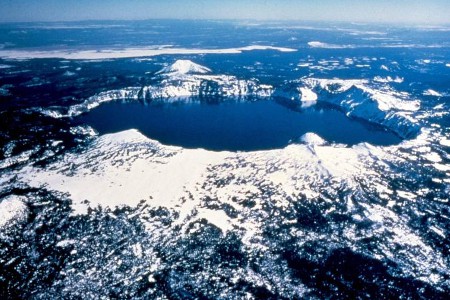 Lodging - Inside the park, there are two choices, the fantastic Crater Lake Lodge, with views of the lake from the veranda and some rooms. This lodge was built in 1915, renovated 1995, and has 71 rooms ranging from $171 to $200. The Mazama Motor Inn is located seven miles from the lake in a forest setting, with 40 rooms/cabins in the $118 range. There is lodging outside the park in the larger towns of Medford, Ashland, Grant's Pass, Klamath Falls, and further locales such as Bend and Eugene. These towns are fifty to one hundred miles from the park. Some lodging lies in between the park and those locations. Check with travel sites or the local tourist agency for details.

Camping - There is a good amount of camping sites located inside the park and tons in the state and national forests ringing its borders. Inside Crater Lake National Park, the Mazama Campground has 200 sites and is open typically from mid-June to early October. Lost Creek Campground has 16 sites for tents and opens in mid-July. Weather is a factor in these dates.