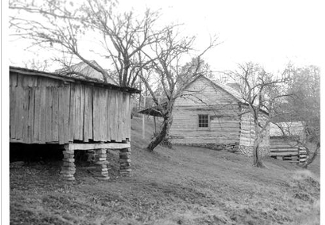 It's the gap in the mountain between the three states of Virginia, Tennessee, and Kentucky that allowed the mountain men west. Yes, Daniel Boone, now moving into the interior from his Pennsylvania upbringing, and his cohorts would ply the Indian paths through the Cumberland Gap to explore the valleys to their west. No, he wasn't the first, but yes, the most famous. Today, you can see remnants of the mountain men and the subsequent settlers in settlements that are preserved for your visit, you can descend into caves here long before either white settlement or Indian settlement were even a thought, or just marvel at the vistas of the mountains in either spring, summer, or fall. Cumberland Gap National Park, not far off the Interstate 81 corridor, provides a variety of nature, outdoors, and history fun, a park known more in the region than the nation, but waiting for your next adventures. Com'n Daniel, I need to visit a cave. 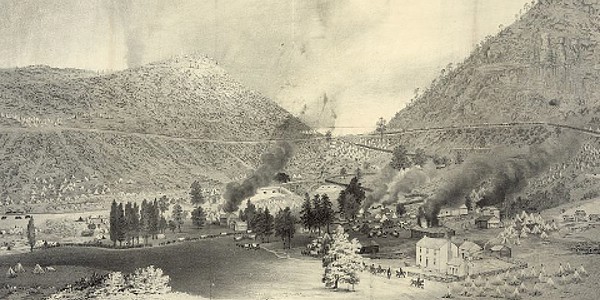 Cumberland Gap - The gap is a V-shaped dent in the Appalachian Mountains, allowing Indian tribes and later white settlers access to the western frontier in Kentucky from the original settlements in Virginia. Dr. Thomas Walker of the Loyal Land Company is often credited for its founding, although other white settlers had traveled there before. He set a western course on March 6, 1750, found the gap one month later, and described it for those that would follow. It began the migration west into the blue grass region of Kentucky and further inland. Daniel Boone began his adventures in the Gap and land west in 1769, missing the gap in a previous adventure two years earlier. He would trap and hunt the region with various conflicts with Indian tribes over the next four years before survey companies began to plot the Kentucky region for further settlement.

Gap Cave - Known by various names over the years, the cave has seen use by animals (15,000 years ago as evidence by the remains of a prehistoric bear found three miles in) and by humans 2,000-4,000 years ago. In more recent times, the cave was toured in 1750 by Dr. Thomas Walker, and during the Civil War, the cave was occupied by troops on both sides. Only minor skirmishes occurred at the Gap and both sides claimed it twice during the 1861-1865 timeframe. Some areas of the cave were used as a hospital and munition dump. When the idea of using the cave for tourists surfaced, an entrance was blasted in 1888 for tours by Major Cockrill known as King Solomon's Cave. It was acquired in 1920 by Lincoln Memorial University and renamed Cudjo's Cave after the fictional slave in a novel of the same name by James T. Trowbridge. It would be run by concessionaires until sold to the National Park Service.

Hensley Settlement - Inlaws Sherman Hensley and Willy Gibbons founded the small settlement in 1904 on part of a five hundred acre claim made in 1845 by the Brothers Bates, who would lease the land to others. In 1903, Barton Hensley bought the entire plot and subdivided it for members of his family. More than forty-five structures would be built, a high of one hundred people would live there around 1925, which dwindled to one in 1951.

Image above: Lithograph by Middleton, Stobridge, & Company, 1862-1865, of army troops passing through the Cumberland Gap during the Civil War. Courtesy Library of Congress. Below: Fall at the Hensley Settlement. Courtesy National Park Service. 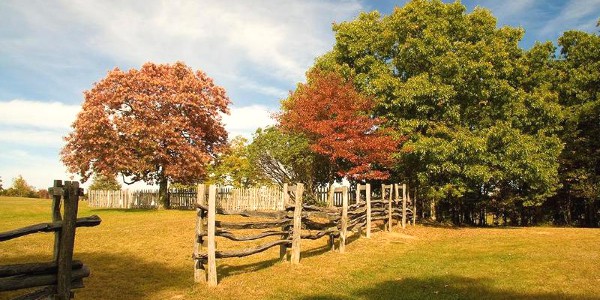 Cumberland Gap National Park is essentially a living history museum with its predominant feature, the natural gap through the mountains providing the impetus for settlement of the immediate region, exploits by pioneers such as Daniel Boone, and the subsequent settlement of Kentucky along the Wilderness Road. A visit provides a glimpse into the history predating the American Revolution, the history of the Civil War, and the history of the Appalachian region through the present day. Tours of the Hensley Settlement, an early 20th century community of one family which attempted to carve life north of the Gap with varying degrees of success, today brings life back to the hardscrabble existence the mountains provided. Inside the mountain itself, the caves of nature suggest a different story, one of natural wonder, plus man-made use after prehistoric bears roamed the indentations and soldiers made use of its natural protection while protecting the Gap for Confederate or Union purposes.

It's a park not thought of in the same terms as nearby wonders such as Shenandoah, the Blue Ridge Parkway, or Great Smoky Mountain National Park, although in many ways that's a shame. Take a trip on your way home from one of those and ply the paths of Indian heritage, a pioneer Boone, and Appalachian families who called the Cumberland Gap region home, or used it as a pathway to a home further afield. The somewhat odd combination of beneath the earth wonders and overlook beauty makes a nice foray from those better attended parks. And you can even stand at the spot Virginia, Kentucky, and Tennessee meet. Can't do that anywhere else, I don't think.

Gap Cave - Purchased by the National Park in 1992, once or twice per day cave tours are available, but sometimes fill up quickly. Check during the month prior to your visit and reserve a time to be safe.

Descendents of the early settlers remain in the ridges and valleys that proceed from the Cumberland Gap down the Wilderness Road. It's estimated that forty-seven million Americans come from the several hundred thousand settlers who used that path west. The Wilderness Road weaved from Roanoke, Virginia, to Lexington, Kentucky.

The area and park represent one part of the Appalachia culture that came from those settlers and remains today as an integral part of the region. Crafts in the Visitor Center show pieces of the handwork made in the past and kept alive in the traditions of today. The rough cabins and settlement buildings at Hensley lay testament to the conditions and life of the people who braved the mountain terrain and farmed the fields of the Gap. Restoration by the Job Corps of the Hensley Settlement began in 1965; it now serves as a living history museum. 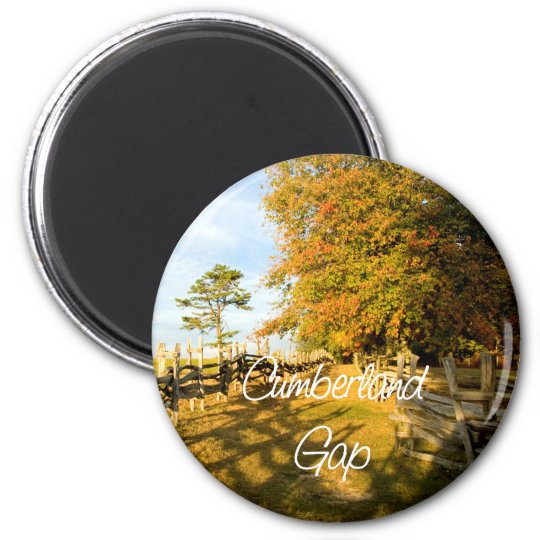 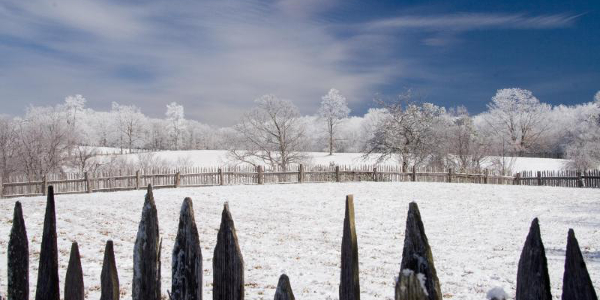 2. Take a ranger guided tour. We suggest taking both main tours; the Gap Cave Tour and the Hensley Settlement Tour. They're very different, one focusing on what nature provided beneath the earth, and the other, what man tried to do to tame the land above it. The cave Tour takes only two hours, so if you only have one day here, that's probably the one to take. It does require a 1.5 mile walk and negotiating 183 steps. Children under five not allowed. The Hensley Settlement Tour takes a half day, includes a shuttle ride to the settlement, about a one mile walk, and a suggestion to bring a light snack and drinks. Other tours are sometimes available; ask at the Visitor Center when you arrive.

3. Trek to the Pinnacle Overlook. For those that can walk, it's four miles one way from the Visitor Center and provides a great glimpse into your surroundings, even before you reach the top and view those three states from it's 2,440 foot peak. In the northern part of the park, the White Rocks Overlook is also great. Ask where and what it takes to get there.

Photo above: Winter at the Hensley Settlement. Photo courtesy National Park Service. Below: Man with four children fronting a mountaineer cabin in the Cumberland Gap region circa 1919. Courtesy Library of Congress. 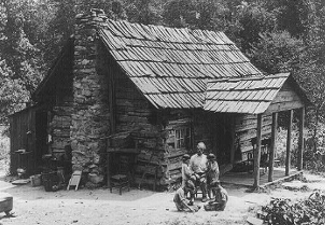 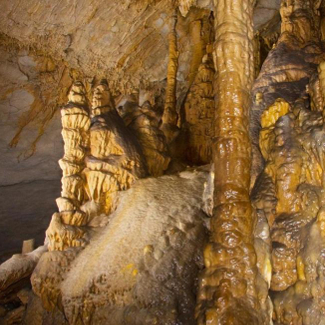 
Cumberland Gap Visitor Center - Located off U.S. Highway 25E near the town of Middlesboro, Kentucky in the southern end of the park, the visitor center is open year round, except some holidays, and provides park orientation, films, exhibits, crafts about Appalachia, and a bookstore.

Daniel Boone Visitor Center - Located outside the park off Highway 58 in Cumberland Gap, Tennessee. Exhibits, facilities, and tickets for the Gap Cave Tour can be purchased here.

Gap Cave - Tours of the cave are available most days and provide a great glimpse into the earth beneath the gap. Explore stalagmites, stalagtites, for two hours. Limited folks allowed per tour; reservations can be made one month in advance. Accessed from the Daniel Boone parking area.

Pinnacle Overlook - A four mile walk from the Visitor Center, or drive if your vehicle is under twenty feet long, and at some times available by shuttle from the visitor center, the overlook provides a fantastic view of three states; Virginia, Kentucky, and Tennessee.

Hensley Settlement - Guided half-day tour available of this Brush Mountain settlement in the northern part of the park. Requires a shuttle ride to the 1904 settlement of pastural lanes, blacksmith shop, springhouse, cabins, and schoolhouse.

Hiking Trails - Over eighty miles of them here, from the quarter mile type to twenty-one miles. These spur from the Visitor Center to trailheads around the park; Thomas Walker, Ft. McCook, Pinnacle Overlook, Iron Furnace, Daniel Boone, Sugar Run Picnic Area, and the Wilderness Road Campground. 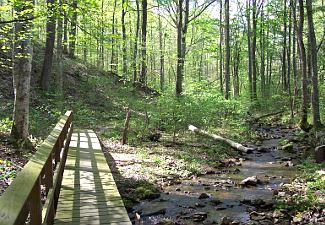 Physical address is 91 Bartlett Park Road, Middlesboro, KY 40965, for GPS and map program fans. From southern points on Interstate 81, take the exit for Morristown, Tennessee, Highway 25E and travel fifty miles northwest to the park. From northern points, take the U.S. Highway 58W/421N exit, Exit 1B from Interstate 81, and travel west for approximately 96 miles. Look for signs to the park once you reach Cumberland Gap. It's located off Highway 25E. Other routes may be better from your specific location, of course.

Well, there's really only one lodging in the park, and it's more a camping oriented place. Martin's Fork Cabin is located in the backcountry and requires a long hike and a reservation. It's cheap, but as we said, more the camping experience. Other than that, the surrounding area has a few towns with motels, including Middlesboro and Pineville, Kentucky; Cumberland Gap and Tazewell, Tennessee. We wouldn't say a plentiful amount, so check a bit early with your favorite online lodging site for the lodging type of your choice.

There is one seasonal campground in the park itself, Wilderness Road. It has hookup sites and primitive tent sites. Campground does have hot showers and restrooms. It's located three miles from the visitor center and contains one hundred and sixty campsites. A fee is charged. Primitive backcountry camping is also allowed in the park, requires a permit, and is free. 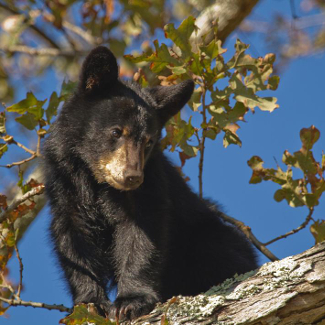 Thoughts of building a railroad along this line began in 1853, with first work grading the road in 1855. Construction would be halted during the Civil War in spring of 1862, and would not resume until 1866. Much damage had been sustained during the conflict. Reports state that it was completed in 1867 and ran until 1883 when it was purchased by the East Tennessee, Virginia, and Georgia Railroad. 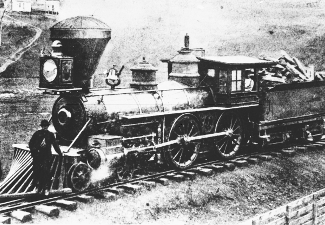