Delaware River Water Gap - Free, except for some developed areas during April to October. 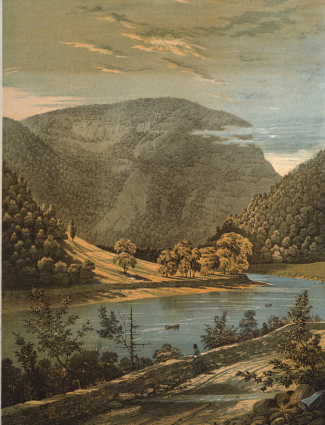 And there is was, the gap between the mountains allowing the Delaware River to run its course to Philadelphia and the sea a hundred miles downstream. And there it is, today, within sixty thousand acres of river, woods, and meadows on both sides of the river for recreation and, to a lesser extent, history. For most who come to this place, there is a campsite, hike, or rafting trip in their future. However, there are visitor centers and historic sites plus waysides all over the place, that tell the various stories of the tribes of the area, the settlers who came after, the Revolution that spit and sputtered all along the New Jersey and Pennsylvania corridor for the better part of a decade. Over three million people per year come here, almost equidistant from New York and Philly, to take in the sites, or the river, or that history. Take a day trip, if you've never been, and be one of them.

It's actually a notch in the Kittatinny Ridge, one mile wide at the top and one quarter mile wide at the river, and known from the beginning of settlement as the Wonder of the World. It only took five hundred million years or so to make. After the Ice Age melted, it was there. There's two mountains on either side of the river that honor the chiefs of the tribes who inhabited the area. Mount Tammany, New Jersey side, after the North American chief Tamanend. Mount Minsi, Pennsylvania side, named after the tribe located there.

In the early days, it was not possible to travel on foot through the gap. Roads were built on the Pennsylvania side in 1793; on the New Jersey side in 1830.

For many years, the Water Gap was an isolated place, without roads along its edge, except for that river highway of the Delaware. As settlement grew and roads came, followed by railroads, it became a hotbed of recreation and resort long before the thought of a dam would purchase the land and the dam's demise signal a national recreation area dedicated to a geologic feature. It began with the Delaware, Lackawanna, and Western Railways pushing a line to New York City in 1856. There had been only one hotel in the area prior to that railroad, the Kittatinny Hotel built in 1832; after the railroad came, sixteen more were built and the Kittatinny Hotel grew from hosting twenty-five to more than two hundred and fifty. Of course, when the railroad era ended, replaced by the automobile, those hotels, spurred by the depression, ceased to be profitable, and, are no longer there. 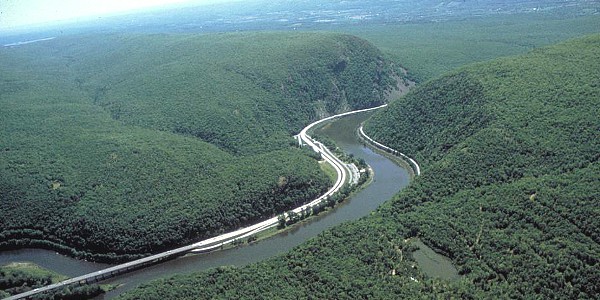 Today, you drive your automobile directly to your campsite or stay in a motel along the way. And the recreation here is more rustic, if that's the right word, than in the days of luxury resort hotels clinging to the hillsides above the Delaware River. Hiking, camping, fishing, boating, kayaking, and more outdoor oriented pursuits await along both sides of the river. History abounds, although much was lost when the preparation for a dam in the 1960's caused the destruction of thousands of buildings. Stop by one of the visitor centers or Millbrook Village to find out where and what you can still see.

How did it become a park? Well, a dam was proposed to control flooding during hurricanes and land was purchased at Tocks Island for that purpose in 1962. When the dam was not built, due to many factors, the land eventually became the National Recreation Area. Preparation for the dam had displaced 15,000 residents and destroyed many historic structures from Indian history sites to the Colonial Period. How many were lost? Try three to five thousand.

Of course, today the one main feature of the park that could not be destroyed in the dam preparation is the Water Gap itself. You can view the scenic wonder from a number of vantage points along the roads you'll travel, including three off Route 611; Point of the Gap Overlook, Arrow Island Overlook, and Resort Point Overlook. You can also view the gap from the river if you're boating or on trails, including the Appalachian Trail. Of course, most of the time you hike, camp, fish, boat, drive, and watch nature from multiple locations along the river and mountains, you won't be searching for the gap, you'll be trying to have fun. 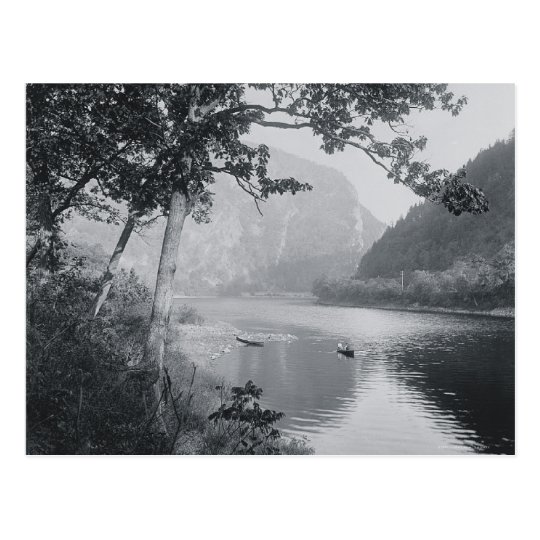 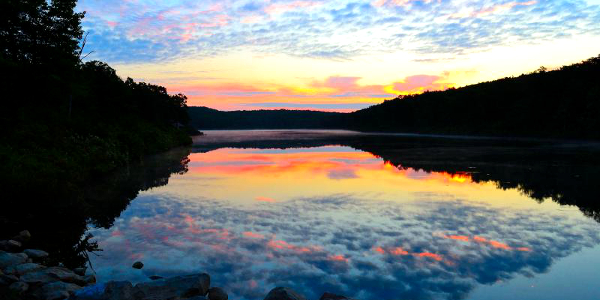 1. Despite the fact that the Visitor Center experience here is not as comprehensive as most National Parks or even National Recreation Areas, the park provides a variety of walks and talks in the summer that makes up for that. There's the Waterfall Talk along the Dingman's Falls Boardwalk Trail from Friday to Sunday, evening campfire talks on Saturdays at both Dingmans Campground and Worthington Forest Campgrounds, plus a number of special hikes and tours on various summer days.

2. Take a hike. Whether you are on a continental trip up and down the Appalachian Trail or just want a day hike to explore, the trails at Delaware Water Gap provide the novice to the experienced hiker with a plethora of selections. Yes, one, the McDade Recreational Trail is thirty-one miles long, but there are those under one mile.

3. Take a drive. Drive the Old Mine Road, which used to connect Kingston, New York with the Delaware Water Gap and legend has it was used by the Lenape Indians, miners, and soldiers in the American Revolution and French and Indian War. Now there are fifteen stops along the way, including many of the historic buildings of the park. 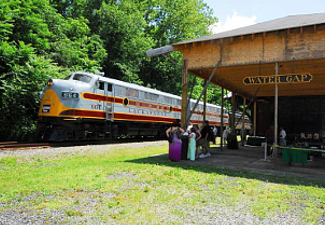 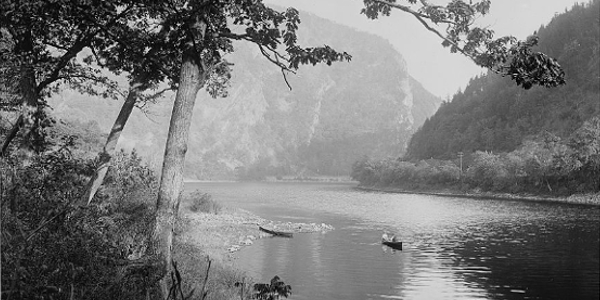 There is one lodging option within the park itself, cabins in the Mohican Outdoor Center in New Jersey. Plenty of other options from bed and breakfast to motels are located nearby. Check with the local tourist bureau for more options that might suit your needs or with your favorite online lodging site for the motel, hotel, or bed and breakfast of your choice.

Photo above: Delaware Water Gap from the New Jersey side, 1900. Source: Library of Congress. 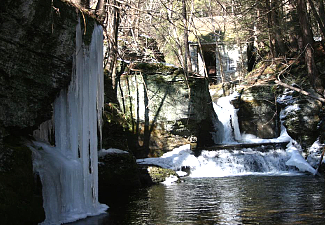 Camping - Primitive camping is only allowed in various places, along the Appalachian Trail for through hikers and at fifty-three sites for overnight river campers. There are three developed campgrounds in the park.

Photo above: View of the Governor Sprout Waterwheel along the Adams Creek. Courtesy National Park Service.