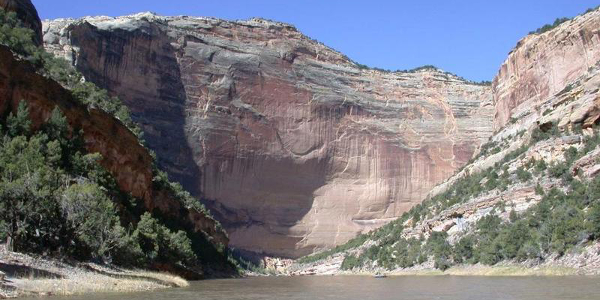 It's a unique environment with different adventures around each corner of the park. Yes, there's those dinosaurs, in put together detail, in portraits, statues, and the most remarkable of them all, an exhibit hall of a dinosaur quarry where the remnants of the creatures are still embedded in the rock. And you can walk right up to them. Even touch some. But don't think there's not a lot more here than Jurassic details, although you might dream of some of those combined with a movie montage the night after your visit. This park is larger than some think and contains petroglyphs from the Fremont culture in the southeast Uinta Mountain, camping opportunities in a variety of settings, and river experiences on rivers Green and Yampa that dip beneath rock monoliths. 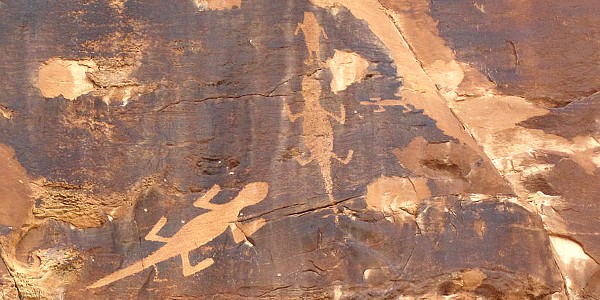 Dinosaurs. They're from the Jurassic period, one hundred fifty million years ago, carried by the rivers and embedded in the rock. The fossil beds were unearthed by Earl Douglass in 1909. He was working for the Carnegie Museum of Natural History and sent his findings back to Pittsburgh to be studied and displayed.

Fremont Culture. Pre-Columbian Native American culture in Utah surrounding the area of the Fremont River. The Fremont lived in the monument area from 200 to 1300 A.D. and their pictographs and petroglyphs are witness to their life amid the valleys and mountains. What is the difference between the two forms of art? A pictograph is a rock wall painting. A petroglyph is a chipped carving in the rock. 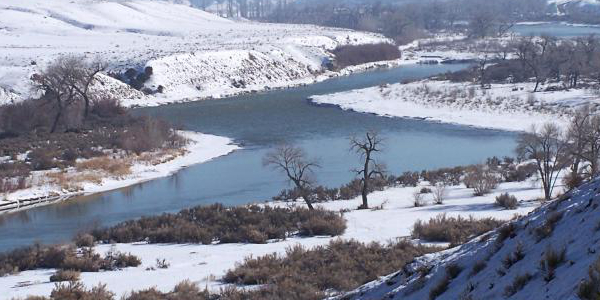 There are two unique sides to the park, almost split by the state divisions. If you want to visit the namesake dinosaurs, head to Utah and the Quarry Visitor Center. From there, the rangers will take you to the quarry building itself. For more recreational pursuits, you'll likely spend more time in Colorado along the Yampa and Green Rivers. Start on Route 40 at the Canyon Visitor Center, then head north on Harpers Corner Road. There are other entry points to the park, which the more experienced Dinosaur National Monument visitors will likely inhabit. But if this is your first time here, head to one of the first two for orientation, ranger talks, and exhibits.

It's been a National Monumet since October 4, 1915. Only eighty acres at the beginning. A major expansion of its land occurred in 1938, bringing it close to the now two hundred thousands acres within its borders. The original Quarry building was built in the 1950's and is now restored. Fremont culture remains a large part of the history here as well. Yes, newer than the dinosaurs, but certainly not new. The Castle Park Archaeological District was inhabited by the Fremont culture and the Ute and Shoshone. Mantle's Cave, a cliff alcove 330' wide and 130' deep, was found by local ranchers in 1921.

The pictographs and petroglyphs of the Fremont can be found around the park; Swelter Shelter, Cub Creek, Deluge Shelter, McKee Springs, and Pool Creek are some of the most visited areas. 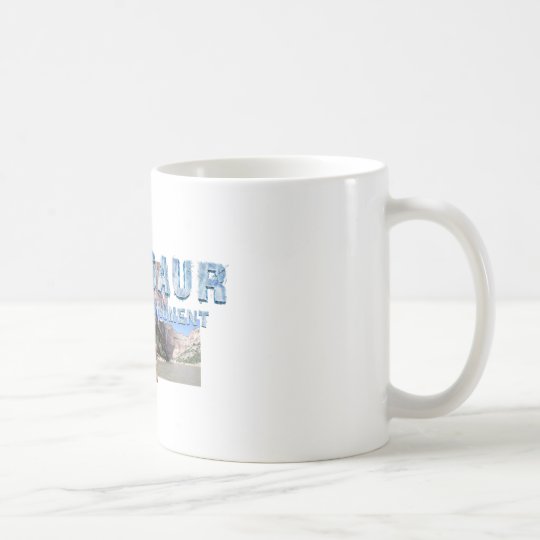 Dinosaur National Monument T-Shirts and Souvenirs from the official merchandise of America's Best History. Great for your next western vacation or planning session. 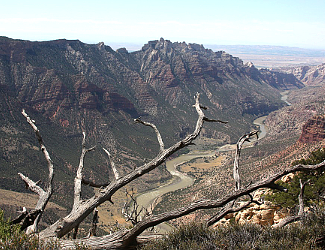 1. Take a trip to the quarry and see the bones of dinosaurs right in front of you still embedded in the rock. Stop at the Quarry Visitor Center and take a shuttle ride to the building where dinosaurs, Jurrasic, and national parks combine to show you a real Jurassic Park.

2. From late May to September, you can follow a ranger into the park on guided tours of the fossil kind or campground evenings on geology. Check at the Quarry Visitor Center for when, where, and how difficult the walks or talks may be.

3. Hike the park. There are defined trails for a variety of abilities and you are allowed to wander off the trails here. The defined trails range from 1/4 mile interpretive trails like Plug Hat to remote trails 16 miles in length back and forth like the Island Park Trail. That trail is hot, with almost no shade, and can be difficult.

4. Dinosaur National Monument, particularly on the Colorado side, is a place for outdoor adventure. Both the Green and Yampa River provide water for your rafting and tubing pleasure, but they are not easy rivers to traverse. Take care on the water and experience it with caution, whether you are doing a private tour (permit required) or guided tour. 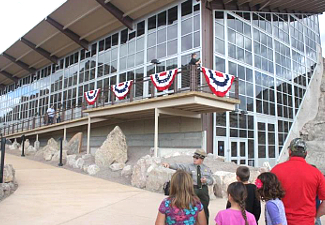 Quarry Visitor Center - Utah side of the park seven miles north of Jensen. Visit here to see the Quarry Exhibit Hall, a twelve minute film in the Visitor Center, a book store, ranger talks, and orientation to the park. Open most days.

Quarry Exhibit Hall - Accessed from the Visitor Center by shuttle or park van, there are 1,500 dinosaur bones inside the rock wall inside the building, which has been recently refurbished.

Canyon Visitor Center - Colorado side of the park near Dinosaur, Colorado. No dinosaurs here. This is the gate to the river and mountains, has a park film, and orientation. Closed October to late spring.

Auto Tours - There are seven auto tours inside the park, which is predominantly wilderness with unpaved roads requiring four wheel drive in many places.

Tour of Tilted Rocks - Most Paved, 10 miles one way, starts at Quarry Visitor Center. Petroglyphs and the Bassett cabin are features along the route. Utah, used to be dinosaurs.
Rainbow Park/Island Park Road - Unpaved. Utah side.
Photo above: Ranger program outside the Quarry Exhibit Hall. Photo courtesy National Park Service. 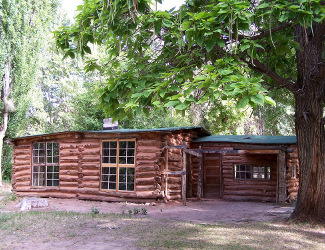 There are no restaurants or lodging within Dinosaur National Monument, although there are a number of picnic areas. The closest locations for food and motels are in Vernal, Utah and Dinosaur and Rangely, Colorado. Check out your favorite online lodging site for the lodging type of your choice. 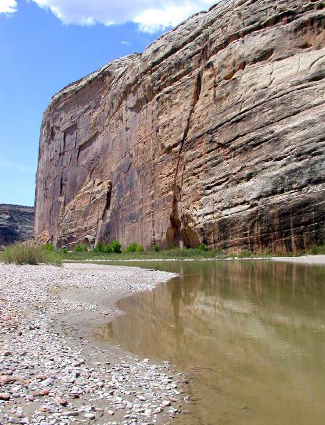 There is several developed campgrounds within Dinosaur, although all but one would be termed small. The Green River Campground is four miles east of the Quarry Visitor Center, has 79 sites with some reservable. Open April to mid-October. Split Mountain is open all year, is on the Green River near the boatramp, but has only 4 sites. Rainbow Park, 28 miles east of the Quarry Visitor Center, has 4 sites and is open year round, weather permitting. On the Colorado side, Echo Point has 22 sites, is located 38 miles north of the Canyon Visitor Center and is open when the road is. Deerlodge Park, farthest east point of the park, has 7 sites, open year round. Gates of Ladore, northeast part of park, has 19 sites, and is open if road is passable.

Backcountry camping is allowed in the park. Check at the Visitor Center for more information.

Photo above: One of the many rock wall scenes from the river view of Dinosaur. Courtesy National Park Service.