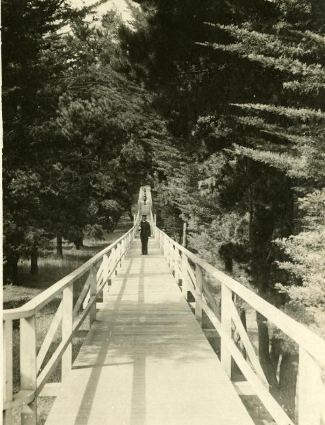 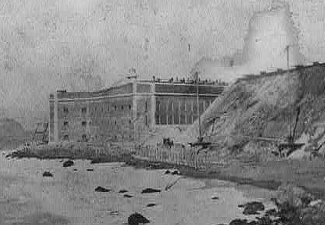 It would become a necessary part of conquest and gold after the United States defeated Mexico in the Mexican War, annexed California and made it a state in 1850, and the Gold Rush occurred in 1849. There needed to be fortifications to protect the inlet into San Francisco Bay. Three defenses would begin; on Alcatraz, at Fort Mason, and at Fort Point, the first in 1853. Of course, at that time, Fort Point was not hovered above by the Golden Gate Bridge and it would be the first fort encountered on the path into the bay from the north. Through eras of war, both Civil and World, the fort would protect the citizens of San Francisco from hostile attack. Through eras of hardship, such as the San Francisco earthquake in 1906, it would provide comfort and supplies. Today, the monument provides a window into all those eras, almost protected now by the bridge across the narrows it once was the protector of, for over one and one half million visitors to see.

Construction - There had been fortification at Fort Point since the days of the Spanish; a mason fort Castillo de San Joaquin was built in 1794. When the United States built Fort Point at the same site in 1853, they blasted the cliff down to fifteen feet from ninety and constructed seven foot thick walls. It took eight years to build. When the first cannons were placed in the fort in 1861, the Civil War loomed. Although the first man in charge of the fort, Colonel Albert Sidney Johnston would join the Confederate Army, the Confederates never attacked the fort. There was a plan to do so in August 1865, but the war ended before the CSS Shenandoah could attack.

After the Civil War - Damage to similar forts on the East Coast during the Civil War caused concern about the masonry walls and viability against attack. Removal of the cannons at Fort Point began in 1870; all were gone by 1900. The Army and fort provided supplies, relief, and camps, despite some damage, after the 1906 San Francisco earthquake, and spent some time during the 1910 decade as a potential detention barracks, which later was built at Alacatraz. World War II saw troops stationed in Fort Point to guard the minefields and Golden Gate anti-submarine net that protected the bay.

Preservation - Begun in 1926, but languished due to a lack of funds, the fort almost saw destruction during the construction of the Golden Gate Bridge. The chief engineer for the bridge, Joseph Strauss, thought otherwise, and preserved the fort beneath the roadway arch. It would take until 1970 for Fort Point to be designated a National Monument.

Visiting Fort Point is only one of many sites in the city it once protected that draws your visit, and in many ways, it can get overlooked. Nestled below the Golden Gate Bridge, on the bluff below the Presidio, it is, however, one of San Francisco's most highly visited. And it has a number of interesting tales to tell. One, somewhat overlooked, occurred after the 1906 earthquake. The earthquake caused $8 billion in damages (current dollars) and left 225,000 of the 400,000 San Francisco residents homeless. The Army hosted one of twenty-one refugee camps at Fort Point. Larger camps were located at the Presidio and Golden Gate Park. In one remote corner of the Fort Point/Presidio camp, four hundred remaining Chinese from Chinatown were housed; most had fled to Oakland. Chinatown had been destroyed and plans to prevent rebuilding there were rampant; these plans failed and Chinatown was rebuilt on the same site.

Fort Point - One of the finest examples of a Third System masonry fort in the United States, plus views of the bay, the Battery East trail to walk, and guided tours that explain the various historic incarnations of the fort. 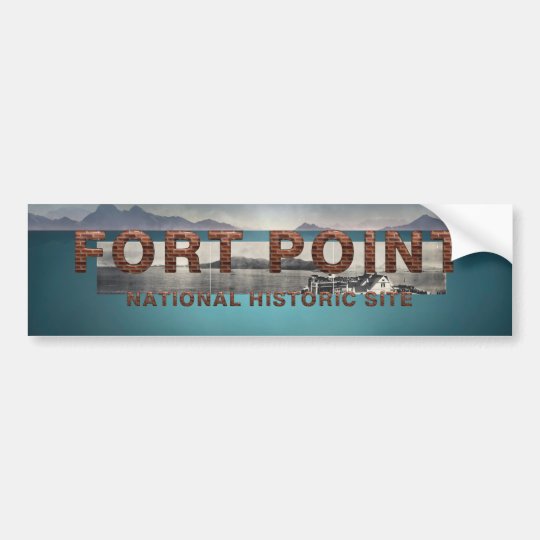 Fort Point T-Shirts and Souvenirs from the official merchandise of America's Best History. Great for fans of San Francisco and California nature and history. 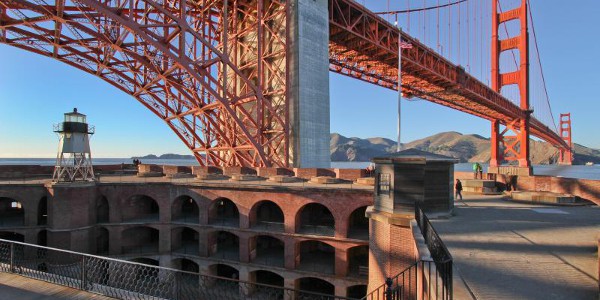 1. Take the guided tour of the fort. It's thirty minutes long and explains the history of its construction, potential use for military action (it never came), and preservation as a national monument. If you're there during the winter, ask about a reservation for the Candlelight Tour on Saturday nights. Completely different feel in the fort at night.

2. Walk the Battery East trail in the park and get great views of the San Francisco Bay plus the fortification earth works and brick magazines that came after Fort Point became somewhat obsolete. It's not too long, so if you're bent on a going further, follow the additional trails into the Golden Gate Recreation Area and the Presidio, including the Coastal Trail and Crisley Field Promenade.

3. Watch the films. Two films are available at the Visitor Center, one covering the fort itself and the other the Golden Gate Bridge. Great orientation for the area you're visiting, particularly if there's no tour the day you arrive. 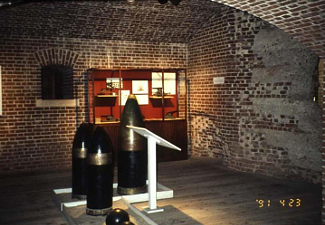 Fort Point Visitor Center - Offers information, exhibits, guided tours, and has a small bookstore. There is also a seventeen minute video about the fort and twenty-eight minute video about the building of the Golden Gate Bridge. The fort is open during the summer season from Thursday to Tuesday, closed Wednesday. From October to May, it is open Friday, Saturday, and Sunday. 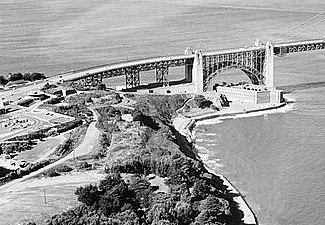 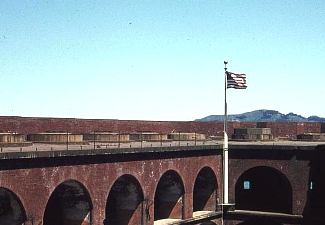 Lodging - None within the fort, but plenty around San Francisco. Check out the tourist organization as well as Expedia and other travel sites for a hotel, motel, bed and breakfast that suits your needs.

Camping - There is no campground there, although there are four campgrounds in the Marin Headlands area within Golden Gate NRA, including Kirby Cove Campground with spectacular views of the Golden Gate Bridge, open April to October, reservable. It does charge a fee. 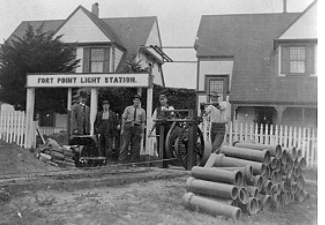 Photo above: Fort Point Light Station crew fronting their living quarters, 1908. Three light stations stood at Fort Point from 1853 until the Golden Gate Bridge made them obsolete. Original, 1853, built and torn down to build fort. Second, 1855-1863. Third, built in 1863, was situated on top of the fort with lightkeeper's housing on the bluff. Source: National Park Service.

Get Baseball History, Books, and some of the most unique stats you'll get anywhere at Stat Geek Baseball.