It bridges the border of two nations in an area of wilderness that still resembles the ice age, or at least a portion of it. Glacier National Park, and its sister national park in Canada, Waterton Lakes. Together they are known as Waterton-Glacier International Peace Park and represent one of the most pristine natural areas in North America, with history and outdoors fun that run the gamut all the way from Blackfoot Indian culture to the Continental Divide that runs down the center of the park to skiing down a glacier, one of more than fifty located there, all in the lower forty-eight states. 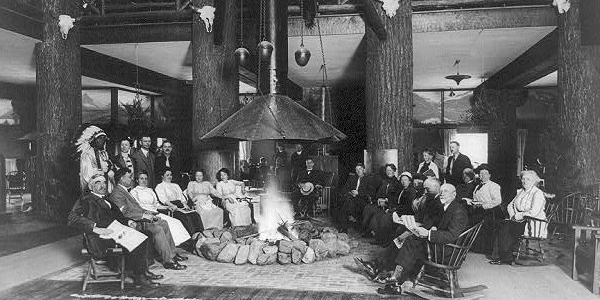 Yes, there were glaciers then and glaciers now, and mountains with peaks that rise to the maximum height of 10.438 feet in Mount Clevelend. Three others top 10,000 feet, too; Kintla Peak, Mount Siych, and Mount Stimson. However, one of the most interesting natural sights in Glacier National Park comes in the form of a thrust, the Lewis Overthrust is a high ridge that formed when the earth cracked and thrust up in a ridge with colorful layers of rock. There are mountain lakes and valley lakes, a whole bunch of lakes numbering more than 250, with the largest, Lake McDonald, that is eleven miles long and one and one half miles wide. Another, the Iceberg Lake, lies so high, at 6,000 feet, that icebergs flow there in the summer. Yes, all in the lower forty-eight states of the USA.

Some of the historic hotels here at Glacier National Park include ...

Many Glacier Hotel - Located on the east shore of Swiftcurrent Lake, this hotel was built by a subsidiary of the Great Northern Railroad, the Glacier Park Company, in swiss chalet style in 1914. How historic is this? Still no televisions in the rooms.

Glacier Park Hotel - Although technically outside the park in East Glacier Park, Montana, this hotel, was also built by the Glacier Park Company as a destination for Great Northern Railroad travelers in 1913.

Lake McDonald Lodge - On Lake McDonald, this hotel supplanted another private hotel, the Snyder Hotel, which was built in 1895, with a swiss chalet structure in 1914. It was built as competition to the Great Northern Railroad hotels and chalets and eventually bought by them in 1930.

Photo above: Campfire in the lobby of the Glacier Park Hotel with hotel guests and Indian in head-dress, circa 1910-1920. Courtesy Library of Congress. Below: Eight thousand seven hundred and ninety feet of Thunderbird Mountain in the north central part of Glacier National Park. Courtesy National Park Service. It's a wonderful place to visit, to camp, and hike, and fish, but gets less publicity than its natural wonders a state to its south, those of Yellowstone or the Grand Teton, even though it certainly gets tons of visitors, over two million per year. But it's just magnificent, too, as all those visitors can attest. Whether you ride into Glacier in your own personal car, truck, or van, take up a tour on a classic Red Bus that Glacier National Park has been known for for years, or hoof it around the copious amount of trails for the beginner to the expert, you'll have a marvelous time exploring this wonderful place. And if you've got your passport in order (yes, a passport now to Canada), you can jump across the border and visit Canada's answer to Glacier. It's a pretty fine place to do those things, too.

There's so much to do in Glacier for those on the more adventurous side of the equation or those that want a more relaxing time in nature. There are more than 700 miles of hiking trails, boat rides, place to fish from streams to lakes, opportunities to learn about the history of the area from park rangers or wayside exhibits or park visitor center displays, and bus tours from the free Glacier National Park Shuttle in the summer to the guided tours on a historic Red Bus. On the way you'll see those glaciers, those many beautiful vistas and lakes, more than a few trees and animals as well. Although Glacier National Park can be a bit of a trek for those from the southwest or eastern parts of the United States, it will be well worth the extra miles trekked from them or from those well known locations. And you'll get more than a few gulps of that pure mountain air that seems so rare in some of the places you've come from, too.

The Glacier National Park Shuttle System - Beginning in summer of 2007, the Glacier Park shuttle system began ferrying folks around the park. It takes you to some of the most popular locations in Glacier, including the Going to the Sun Road. It runs from July to the beginning of September. The shuttle is free and no tickets are required to board. 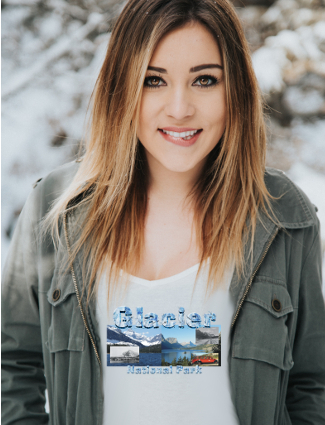 Glacier National Park T-Shirts and Souvenirs from the official merchandise of America's Best History. Great for your next western vacation or planning session. 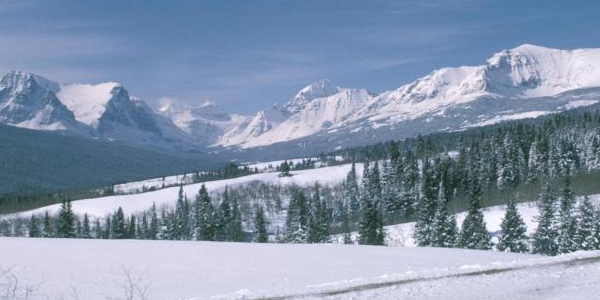 1. Drive the Going to the Sun Road. Whether you want to take this drive on a tour or shuttle, including the Red Bus, or in your own vehicle, the 48.7 mile drive takes you into the interior of the wilds of the park and to some just great vistas. You'll be at 6,646 feet in elevation at its highest point. And if you'd like to camp in this area, five of the Glacier National Park campsites are located along the road.

2. Never miss an opportunity to take a ranger guided tour. The information and presentation that these guides give you fills in all the gaps about the history and natural wonders you are seeing. These are some of the most knowledgeable folks in the national park or any universe about their subjects.

3. Take the Red Bus tour. It's like going back in time to the late 1930s when these buses began to roll, and looks really cool, too. The tours can be pricey for some pocketbooks, starting at $30, and include both 1/2 and full day options.

4. Visit in winter and take to Glacier National Park for your skiing or snowshoe adventure. There are guided snowshoe walks for the hardy. It's very cold here and a whole lot of snow. No lodging is available, but there is car camping at Agpar Village and St. Mary Campground. Few roads are plowed; the roads to Agpar Village and eleven miles or so of the Going to the Sun Road are the usual exceptions. 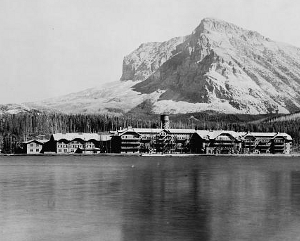 Logan Pass Visitor Center - Located on the center of the park between the other two main centers on the Going to the Sun Road.

Apgar Visitor Center - Near the western entrance to the park and located on the western shore of Lake McDonald. 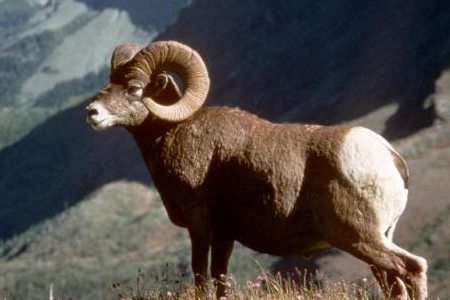 Lodging - The lodges in inside Glacier National Park are special treats to stay in and require reservations most of the time. Many are historic in their own right, dating back to pre World War I times. They range from the magnificent Lake McDonald Lodge to rustic cabins to chalets that require a hike.

Outside the park, near the eastern and other entrances, there are other opportunities to stay, with motel and hotels that may meet your needs. Check with your favorite online travel site or the local tourist agency for details.

Camping - Oh, boy, are there places to camp. Inside Glacier National Park, there are thirteen campgrounds with over 1,000 campsites. They vary in elevation, service, and opening dates, and there are backcountry opportunities, too. Check at the visitor center for those. 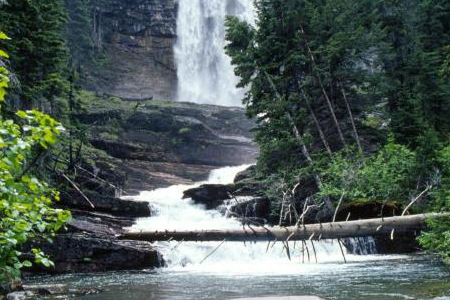