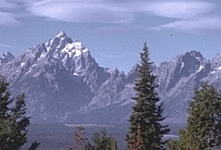 To many, Grand Teton is the smaller southern sister of the Yellowstone with majestic peaks and valleys filled with glacier lakes of awe inspiring beauty, but slightly unknown compared to the older and more well-known park. But Grand Teton does not have to take a back seat at all, and does not. It generates nearly 2.5 million visitors every year to the nature of this Wyoming park and its 300,000 acres of wilderness, and has been drawing those visitors even before it was designated a national park in 1929. 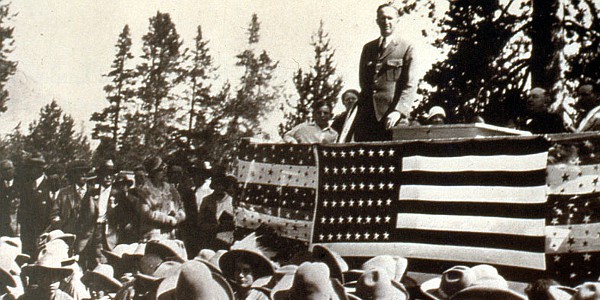 How the Park Started- From its controversial beginning, Grand Canyon National park began with six glacier lakes and the Teton Range with 96,000 acres in 1929. It would continue to add acreage, particularly when the Jackson Hole National Monument was added to park boundaries in 1950. And the controversy. Well, expansion of Yellowstone to the south was proposed as far back as 1897 and continued for the next twenty years, with special interests concerned about sheep grazing, ranching, and Jackson Hole businesses in the area halting initial proposals.

Menors Ferry Historic District - This area near the current Craig Thomas Discovery and Visitor Center off Teton Park Road is the site where Bill Menor built a ferry to shuttle people from the east and west bank of the Snake River. Prior to 1890, there was no settlement on the west bank. Menor had come to the area in 1894 and began a homestead next to the river, building a ferry to cross from the east to the west. For ten years, he was the only settler on the west bank. Menor charged 50c for a wagon team and 25c for a rider and horse. Grand Teton draws visitors throughout the year, even during winter. The park is open year round, although some parts of the park are closed during cold weather months. It does get cold and snowy here, of course, with over 175 inches of snow each year.

There are scenic drives to take; Teton Park Road from Moose to Jackson Lake Junction, Jenny Lake Scenic Drive, and Signal Mountain Summit Road, which ascends part of the range for great lookouts of the mountains, valley, and lakes. Some of these roadways are not accessible in bad weather. There are countless trails to take, for the novice or experienced hiker. With names such as Lupine Meadows, Taggert Lake, Menors Ferry, Granite Canyon, there should be one or more that will pique your interest and suit your needs and experience level. Ask at a park ranger station for the list. Within the park, or just outside, the activities seem endless. From the skiing or shopping opportunities in Jackson Hole and resorts nearby to musuems such as the National Museum of Wildlife Art (north of Jackson along Route 191/26/89). But all throughout your visit to the Grand Tetons, you'll be mesmorized by the peaks, which seem to rise endlessly into the sky, with one such peak, the Grand Teton rising to a height of 13,770 feet at its tip.

Lots of Mountains - The Grand Teton Range. This is the reason you probably came and it's beauty is worth the visit. At almost every turn, you can see the grand vistas of the Tetons, whether you see them on foot, while camping, climbing, fishing, or swimming. In winter, your ski or snowshoe vantage will recall a coating of white over the vista, which can be a wonder to behold.

Lots of Water - Although most associate Grand Teton National Park with the mountain peaks, many will be surprised with the amount of water in the park. The Snake River snakes through the entire park and there are many lakes, including the large body of Jackson Lake and smaller (by comparison) lakes such as Jenny, Leigh, Phelps, Emma Matilda, Two Ocean, and others. There are plenty of opportunities to fish, float, boat (including motor on Jenny and Jackson), take a tour or cruise, kayak, or windsurf.

Menors Ferry Historic District - Today, you can visit Menor's homestead cabin and country store, take a walk down the Menor's Ferry Trail, plus take a ride on a replica of his original crossing. 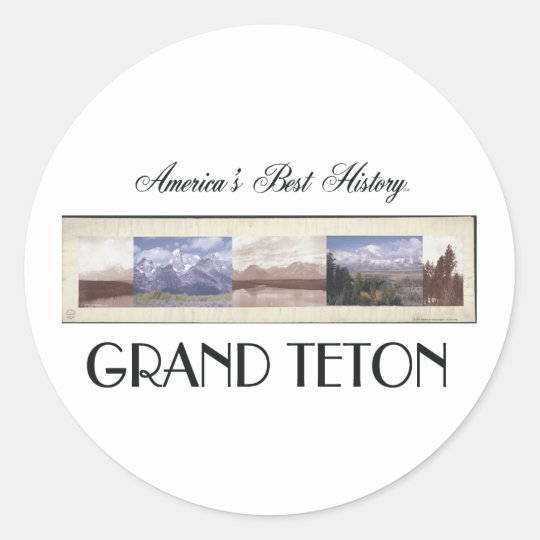 Grand Teton National Park T-Shirts and Souvenirs from the official gear of americasbesthistory.com. 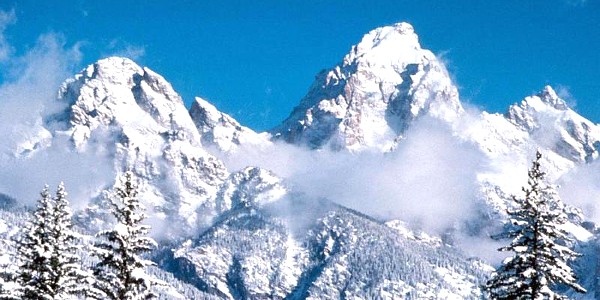 1. Take a drive. Take a hike. Get outside. This park is all about the vistas and scenery and less about the films and exhibits inside visitor centers. Just take one look at that scenery and you'll know why. Note: Remember, Grand Teton National Park is a wild place, so take heed of the park rules and regulations about the wild nature of the park, its animals and activities.

2. To get a better overview of the park, its natural resources, and its history, take the time to spend some time on a ranger-guided walk. Available from the main visitor centers, on a variety of topics. Contact the park rangers at each location for a schedule of events.

3. Take a more leisurely trip to Grand Teton in winter. Be wary of weather forecasts, but a jaunt to the park in snow season is less crowded and filled with fun activities. You can take a ranger guided snowshoe walk, cross country ski, and there are great photos to take. Visitor Centers inside the park and most lodging is closed, but the main roads and the Jackson Hole and Greater Yellowstone Visitor Center is open, as well as lodging in Jackson Hole. Check about the activities and what is open or closed prior to heading out.

Photo above: Winter at the park. Courtesy National Park Service. 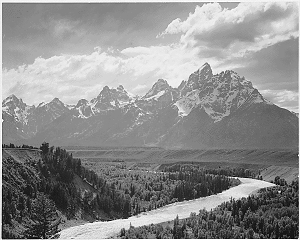 Visitor's Centers - There are five main visitor centers and museums at Grand Teton.

Jenny Lake Visitor Center - At South Jenny Lake eight miles north of Moose. Center of the park. Open May 15 to late September. Has exhibits, guided walks, and a bookstore. 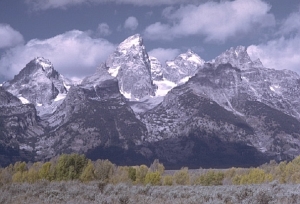 Lodging - A variety of lodging exits within Grant Teton, including great resort hotels, cabins, and dorm room. There's even a dude ranch.

Jenny Lake Lodge - 37 cabins next to Jenny and String Lakes.