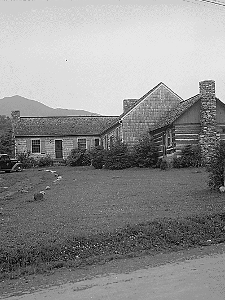 Sometimes we forget that land has a history, and its history is often in how it affects the people who live there, who work there, and who now visit. Great Smoky Mountains National Park is the most visited National Park in the nation. People come from all over the east coast, and beyond, to visit the majestic mountains with the fog shrouded peaks within the Appalachian Mountain Range, for all sort of purposes. Many come to camp. Many come to view the scenery. Others come to learn about the Indian and Appalachian culture that has been culled within the range and valley floors of this land. 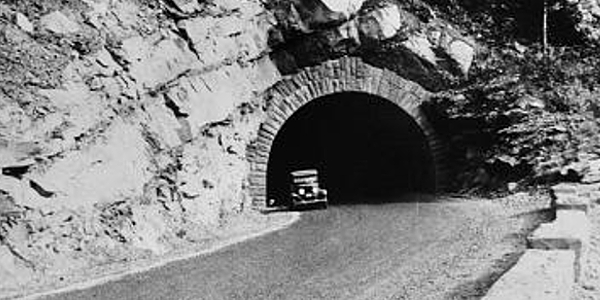 The history of the Cherokee Indians stands at the forefront of its settlement. It traces back more than one thousand years. They were an advanced group with permanent towns, an extensive network of trails, and political structures. Although Hernando de Soto encountered the Cherokee tribe in the southern Appalachian mountains in 1540, it would not be until the late 1700s that white settlers began to homestead in the region. Of course, once white settlers reached the mountains and began to establish farms, mills, and towns, the history of the United States and its relations with the Indian tribes both east and west of the Mississippi came into view, eventually prompting removal of most of the Cherokee nation in the southeastern United States to Oklahoma in the terrible Trail of Tears in the 1830s. However, one band, often referred to as the Oconaluftee Cherokees or the Qualla Boundary, and living in western North Carolina, was granted permission to remain. Prior to the Trail of Tears, the Cherokee leader, Tsali, opposed and rebelled against the upcoming practice. His rebellion would cost him his life, but in exchange, the U.S. granted the Eastern band those rights to remain. Their effort was aided by William H. Thomas, a businessman who grew up among the tribe, who served as their attorney. The Okonaluftee Cherokee, now known as the Eastern Band of the Cherokee Indians are a federally recognized tribe.

European settlers remained on the land of the park for seventy more years, living a predominantly rural, agricultural lifestyle until the establishment of the logging industry in the early years of the 1900s changed the area. About eighty percent of the woodlands within what is now the park boundaries was removed through the final timber cuts. This prompted the establishment of the park in 1930 in a preservation effort that crossed state and federal lines, headquartered in Knoxville, Tennessee and Asheville, North Carolina. When the effort finally succeeded after several decades of hard work, it would also cause more than one thousand land owners to be removed from the area, leaving many of the historic structures behind. The park itself was authorized in 1926, and the funds to establish it came from state governments, a large fundraising campaign, and a large gift from the Rockefeller family. 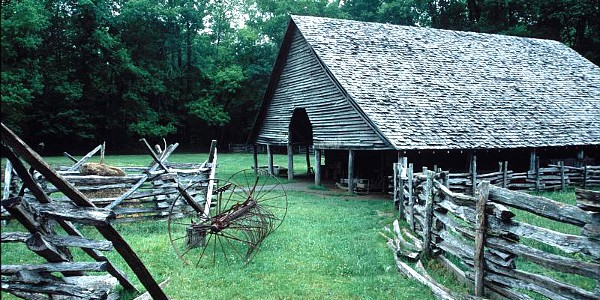 Great Smoky Mountains National Park is located about half in Tennessee and half in North Carolina. It has sixteen mountain peaks over six thousand feet in height, with the tallest being Clingmans Dome at 6,653 feet. It has the most extensive virgin hardwood and red spruce forest in the states. The Appalachian Trail runs more than seventy miles within the park borders. There is no entrance fee to enter the park, one of the few major national parks where that is the case. In comes from an agreement when the park was established between the state of Tennessee and the Park Service that there would not be a fee, and that agreement still remains.

Great Smoky Mountains is the most highly visited national park in the country (if you don't count a parkway and National Recreation Areas, which are visited more, but not truly national parks.) And this is because of its many recreational activities, beautiful scenery, and more history than it gets credit for. One of the natural sites that some find intriguing is Charles Bunion Peak. This peak has few trees and is one of many unique mountain peaks in the park.

The reservation of the Eastern Band of the Cherokee Indians is now located just south of the Great Smoky Mountains National Park with a population of 8,092 in 2000. The Cherokee reservation is open to visitors, and has museums, hotels, and other amenities in and around the town of Cherokee. 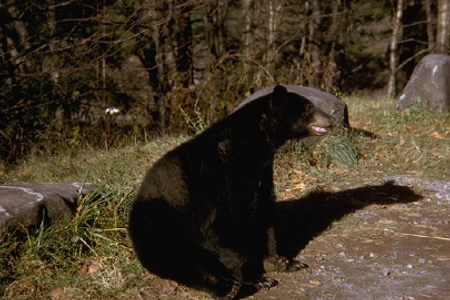 1. Take a hike. There is so much to see down each path and so many paths to choose. At Smoky Mountains National Park, there are eight hundred miles of maintained trails. Off many of the trails sit a variety of waterfalls that sparkle down the streambeds of the park. From the larger falls of Abrams, Grott, Laurel, and Rainbow to those of Hen Wallow, Indian Creek, Juney Whank, Mingo, Mouse Creek, Ramsey Cascades, Tom Branch, and many others.

3. Head over to the sites of the Cherokee south of the park for a look back at the history and a glance at the present of the Eastern Band. 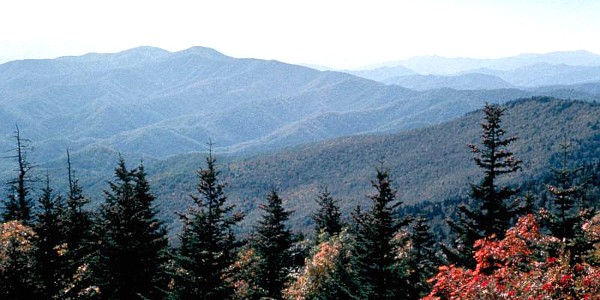 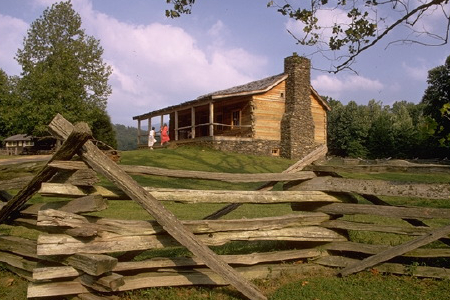 Visitor Centers - There are three visitor centers within the park; Cades Cove, Oconaluftee, and Sugarlands. There are also four visitor center outside the park; two in Gatlinburg, and one in Sevierville, and Townsend. Cades Cove has indoor and outdoor exhibts on Mountain Life and culture, plus the Beck Cable house and Cable Mill. Oconaluftee Visitor Center is next to the Mountain Farm Museum, two miles north of Cherokee, NC. Sugarlands is located two miles south of Gatlinburg, Tennessee and includes a twenty minute film about the park.

Wildlife - WIth one of the most diverse wildlife populations, you can witness deer, elk, and perhaps one of approximately one thousand five hundred bears. Of course, lots of smaller wildlife scamper across the mountains and valleys of the park, plus a micro organism or two at every turn.

Outdoor Activities - Biking, camping, fishing, auto touring, historic buildings to tour, horseback riding, wildflowers, and a whole lot more. In fall, lots of sightseers come to the park to witness the fall colors, which begin at elevation in mid-October and can be seen from Clingmans Dome Road or the Foothills Parkway. 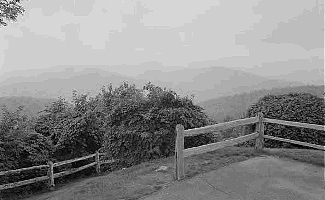 Historic Structures - Eighty historic structures have been maintained throughout the park, many telling the story of the settlers who came here and the Appalachian lifestyle that they lived. They range from cabins to barns to chuches, schools, and grist mills, including Cable Mill in Cades Cove and Mingus Mill near Oconaluftee. These two are open from mid-March to late November.

The Great Smoky Mountains National Park is a camping experience. There are ten different developed campgrounds with 942 sites inside the park, plus backcountry, group, and horse campgrounds, too.

The developed campgrounds are at Abrams Creek, Balsam Mountain, Big Creek, Cades Cove, Cataloochee, Cosby, Deep Creek, Elkmont, Look Rock, and Smokemont. Cades Cove Campground is open all year round, with the others opening from March to May, then closing at various dates in the fall and early winter. Rates range from $14 to $23 dollars (subject to change). RVs are allowed at some of the campgrounds, but not all. 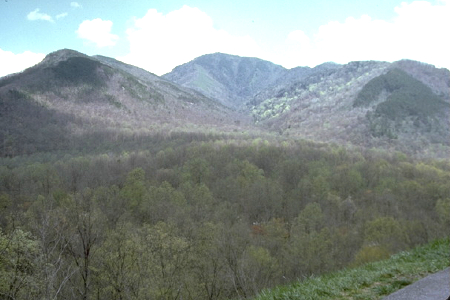 There is only one lodge inside the park, and it requires at least a five mile, four hour hike to get there. The Le Conte Lodge is an experience all its own, but for a specific type of tourist. It sits on Mounte Le Conte at 6,593 feet and can be expensive, but is certainly a unique experience.

Outside the park, there are many hotels and motels from Gatlinburg to Pigeon Forge in Tennessee, and from Cherokee and throughout the counties of North Carolina that surround the park. Check out your favorite online lodging site for the lodging type of your choice. 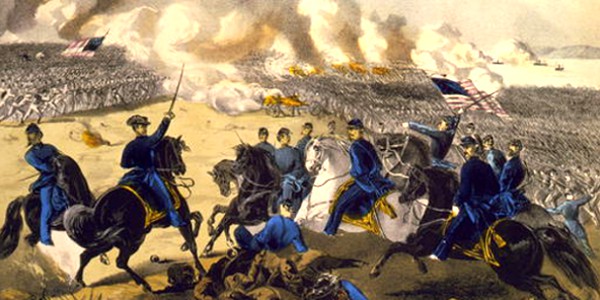