Mountain weather is changeable and checking into the weather forecast on a regular basis is a must. Summer highs reach from 70 degrees to over 80 degrees. 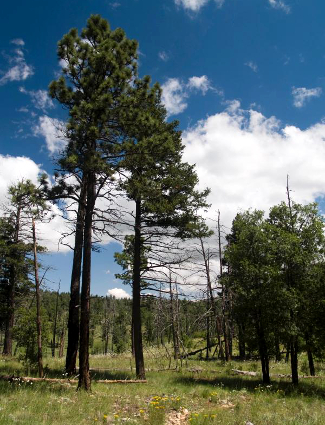 Above photo: Ponderosa pines at the Bowl Trail. Right: Wildflowers and summer grasses in the meadows of the Bowl. Both photos courtesy National Park Service. A famous cave sits just over a half hour north, but if you travel that thirty minutes or so to Guadalupe Mountains National Park, you won't be mobbed with the same type of crowds. No, there's no cave here, but there are eighty-six miles of hiking trails, and mountain plus desert vistas galore. Watch the second most famous El Capitan mountain in the United States as clouds roll by its top. Yes, we'll admit, the first is located in Yosemite. There's a Visitor Center to get acclimated to the surroundings, several ranches, some restored, that tell the hardscrabble story of those who settled the land. Actually, some were just vacationers, but that's kinda hard to believe when you get there due to the relative isolation of even today, not withstanding the isolation of the historic past. 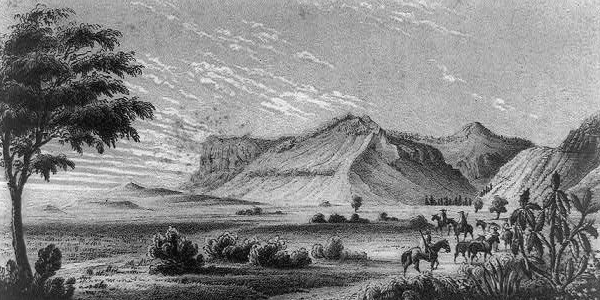 For most visitors, they won't think of Guadalupe Mountains as a history place, but boy, there's some unique history here. From the Frijoles Ranch to the Butterfield Stage to the Pratt Cabin and Williams Ranch and more.

Butterfield Stage - It was an overland route that started on September 28, 1858, as far as the Pinery (stage station ruins near the Visitor Center) in the Guadalupe Mountains Pass, over five thousand foot elevation, was concerned. The stop had water, good grazing, and shade. The Butterfield Overland Stage route was two thousand eight hundred miles long. It took twenty-five days to travel and lasted for two and one half years.

Frijole Ranch - Popular due to its location near six springs, the Frijole Ranch area was home to native americans in caves surrounding the site. European settlement arrived on a permanent basis in 1876 when the Rader brothers arrived, built a stone home near Frijoles Spring, raised cattle, but had no deed. The Hering family can next after the Civil War, but it was the John Smith family, arriving in 1906, who expanded the home and property, building the schoolhouse, and remaining there until 1942. After that, it was the part of the J.C. Judge Hunter property, which he and his son expanded, including the ranch house where a foreman lived, over the next decades to sixty-seven thousand acres. 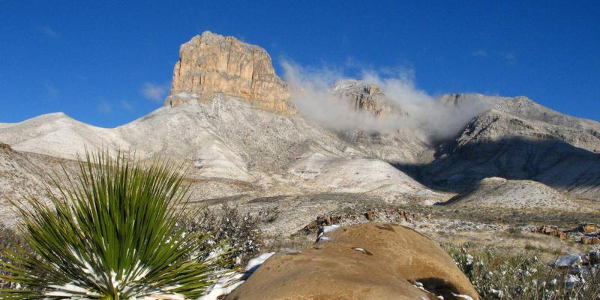 Today the Butterfield Stage route is still within park boundaries, running from the southeast part of the park along its western edge north. The Frijoles Ranch, once the property became a national park, has served a variety of purposes, often as a residence for park staff. In 1992, it became the museum it is today.

The remainder of the property holds onto its history as well. The Williams Ranch, built in 1908, remains. The Pratt cabin, built in the 1930's, sits in McKittrick Canyon, once the vacation home to geologist and Humble Oil man Wallace Pratt, and can be viewed on the McKittrick Trail. Of course, the real star of the park are the Guadalupe Mountains which surround it, the springs and vistas that in many ways belie the rest of West Texas, and the opportunity for you, and your family, to explore the parts of the park that hold your interest. 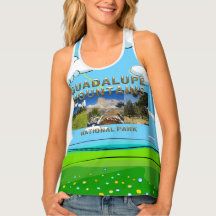 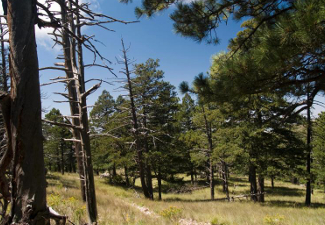 1. Put on your hiking shoes, it's one of the best things to do at Guadalupe Mountains, if you're able. There are eight-six miles of trails here. Some take you to great spots. The McKittrick Trail takes you to the Pratt Cabin plus a scenic Grotto. There is a ranger guided of that trail during some days. The Guadalupe Peak trail will take you most of the day, it's 8.5 miles long and climbs three thousand feet. It's arduous. Only attempt if you're experienced and able.

2. Stop by the Frijole Ranch Cultural Museum. With six springs within three miles, it was a natural spot for settlers and pioneers to stop on their journey. The museum is in the old ranch headquarters. Outside it is a spring house and one room schoolhouse. There's also a couple trails here, too. One takes you to Manzanita Spring. It's an oasis in the desert.

3. Sit back, or get up and move, but either way, the ranger guided walks and talks range from sitting on the patio of the Visitor Center and learning about the area, to Frijoles Ranch tours, and guided hikes into the wilderness. Check at the Visitor Center for details of that schedule. 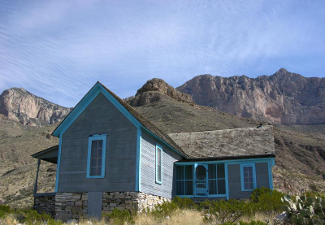 Dog Canyon Ranger Station. North end of the park. Orientation, permits, and facilities. Open year round 8:00 a.m. to 4:30 p.m., except some major holidays.

Frijole Ranch History Museum. Located just one and one half miles north of the Visitor Center off the highway, this museum tells the story of area settlement, from native americans through the establishment of the national park.

Williams Ranch. Remains of the Williams Ranch can be seen in Bone Canyon, but it's gonna take a good hike to get there. 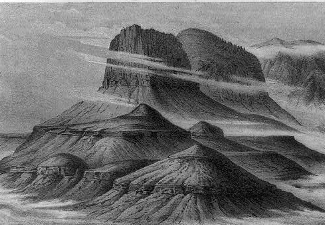 Guadalupe Mountains National Park is located at 400 Pine Canyon, Salt Flat, TX 79847. It is one hundred and ten miles east of El Paso, Texas. Take US Highway 62/180 to the Pine Springs Visitor Center. Carlsbad Caverns, in New Mexico, is thirty-two miles north of the park up US 62/180. There is no gasoline available in the park with the closest amenities in Dell City, Texas, and Whites City, New Mexico.

Photo above: Illustration of Cathedral Rock on the sound end of the Guadalupe Mountains, 1856, Middleton, Wallace and Co. Courtesy Library of Congress. 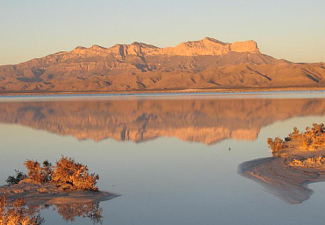 There is no lodging within the national park, except camping, and the majority of places to stay of the hotel, motel, and bed variety are in the Carlsbad Caverns area. For options, check your favorite online lodging site for the motel, hotel, or other lodging type of your choice.

Besides the two front country campgrounds, there are ten backcountry locations if you are backpack hiking the national park. Check at the Visitor Center for details. 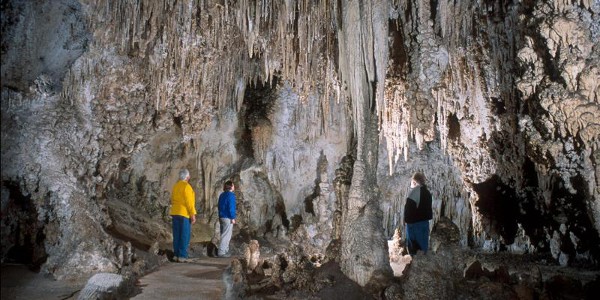