Free. Some state and local land, plus historic sites, within the riverway do charge, including Fort Snelling and the Science Museum of Minnesota.

Pleasant summer temps usually in the 80's, but can reach above 100 degrees. Winter is upper midwest cold and snowy with temps that can reach down to Minus 10. Keep abreast at all times with the local weather forecast as well as river conditions during a visit to stay safe and have an enjoyable experience. 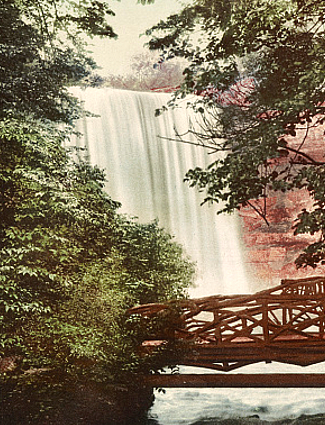 It's a river of wild and wide proportions along it's meandering two thousand three hundred and twenty miles from Lake Itasca, Minnesota to the Gulf of Mexico. This park encompasses seventy-two miles of that river near its upper most source, with destinations of historic, heritage, and recreation along the Mississippi, all within the urban and suburban settings around Minneapolis and St. Paul. But don't let that urban designation fool you. There's a lot of nature here amongst Viking Fans. And there's a lot of history here, too, from the Dakota who sold one hundred thousand acres to Zebulon Pike for two thousand dollars to forts constructed to protect the frontier, not only from the Dakota, but from the British, and a training ground from the Civil War to World War II. 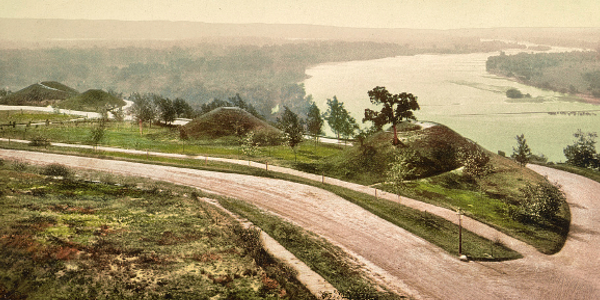 This was Dakota land, known as Bdote where the meeting of the Mississippi and Minnesota Rivers collide, with human culture reaching back ten thousand years. For the Dakota, it was a sacred place where Wicahpi Oyata, the Star Nation, came down from the sky and came to be on this land. To them, it was the center of the earth, with the river providing a means for transportation and sustenance. By the 1600's, the area was inhabited by the Dakota and the Ojibwe. By 1805, Zebulon Pike and his expedition had arrived and negotiated an exchange. The Dakota sold one hundred thousand acres of their land from St. Anthony Falls north for $2,000 and the promise of a trading post. They got Fort Snelling in 1819.

One of the most interesting locations to visit that regards the heritage of the tribes is located in St. Paul, on Dayton's Bluff, in the preserved burial mounds of Indian Mounds Regional Park. It was established in 1893. Some of these mounds reach back to 1,500 to 2,000 years ago to the Hopewell Indians. Today six of the thirty-seven mounds remain. 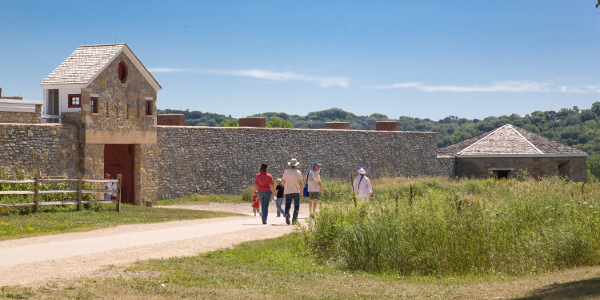 Although you're in an urban environment, there's a lot of nature within the history and pavement. Fort Snelling is still there to visit, as well as Fort Snelling State Park next door with eighteen miles of walking trails and twelve miles of ski trails, and next door to it, is the Minnesota Valley National Wildlife Refuge.

There's so much to do at the partner sites of the park, and that's where most of your time will be spent. The National Park Service owns very little of the land, under one hundred acres, but does provide an overall presence, tours, and orientation from its headquarters and Visitor Center sites in Minneapolis and St. Paul.

The adventures are many, from historic tours of St. Anthony Falls as well as Fort Snelling, to hiking, biking, skiing, rafting, kayaking, and more. There's places to picnic and reflect. Some of the more distinct of the sites within the park are Mill Ruins Park and the Mill City Museum, Guthrie Theater, Minnehaha Regional Park with its wonderfal falls, Coldwater Springs (NPS), the Sibley House Historic Site, Indian Mounds Park, and the Science Museum of Minnesota, where one of the Visitor Centers resides. 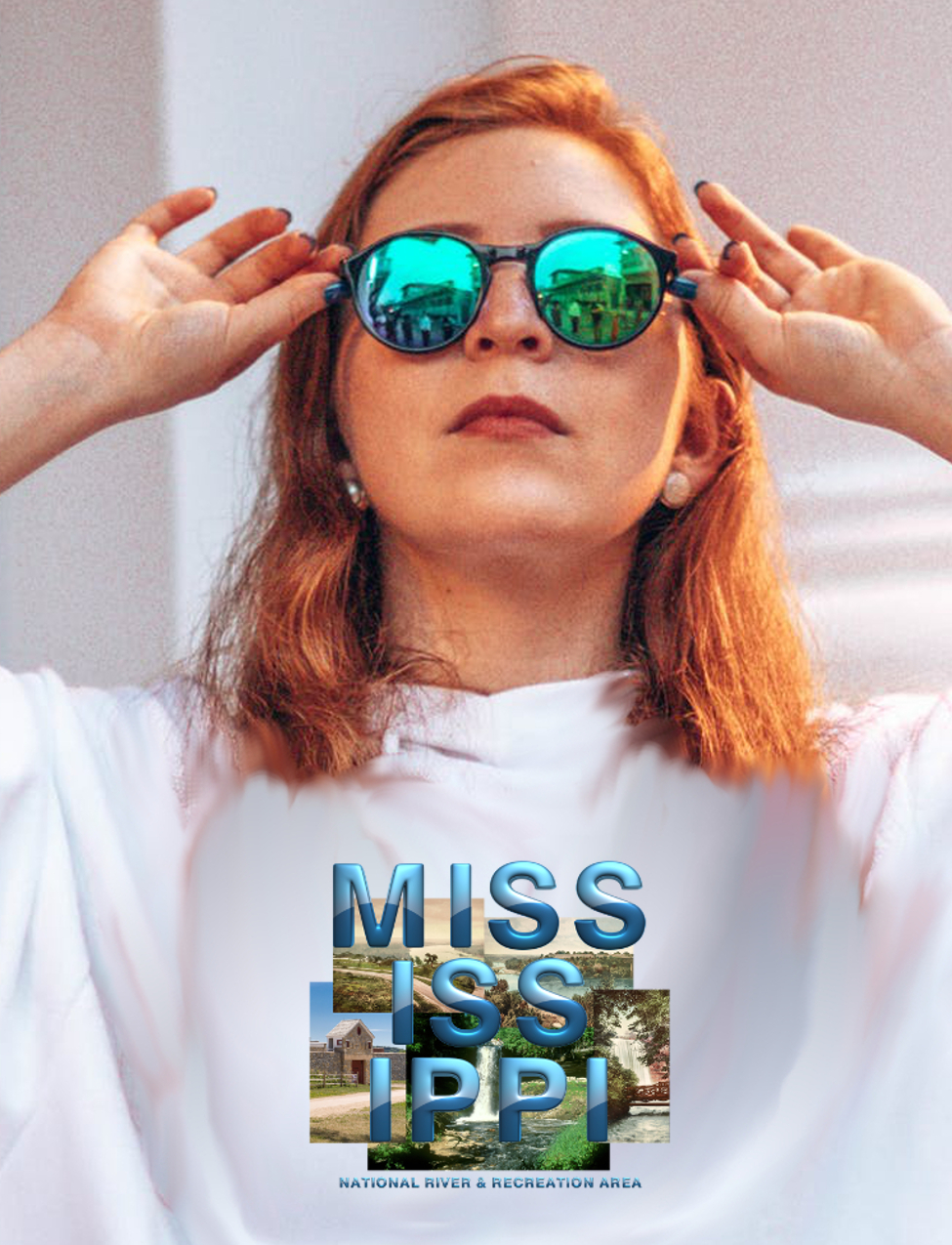 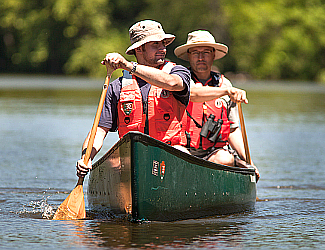 1. Although the National Park presence here is less than at other types of national parks due to the partner nature of many of the historic and natural sites, take the opportunity to go on the St. Anthony Falls and Dam tour, given twice daily in the summer. It has limited availability, only twenty per tour, and can not be booked in advance.

2. Head out to history. Yes, as a historic site, we favor those special places that history has touched. For one here, check out Fort Snelling, not only for the history of the fort itself through its many incarnations from 1819 to 1945, but for the special place that the site held for the Dakota. For another heritage site with tribal ties, don't miss the mounds at Indian Mounds Regional Park.

3. Take a hike. So many trails at so many places, and most will have some view of the mighty Mississippi River. Just a few to mention ... Crosby Farm Regional Park and Minnehaha Falls Regional Park. Check with the staff at one of the Visitor Centers for the type of hike you'd like to take and where they are available.

3. The Mississippi River provides a plethora of activities that are water based. Boating, canoeing, kayaking, and fishing are available at many of the partner locations. Grab a guide and water trail map to get started. Only do what you are able to do to stay safe and have as much fun as possible. 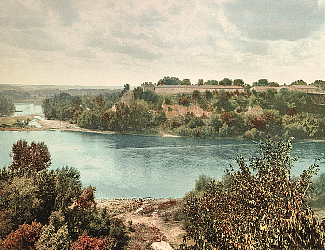 There are two Visitor Centers plus a Park Headquarters that serve the Mississippi National River and Recreation Area with exhibits and information.

St. Anthony Falls Visitor Center - Free to visit. Open daily during the summer season, Memorial Day to Labor Day, with September hours on Friday, Saturday, and Sunday. Exhibits, information, and twice daily tours with a limit of 20 people per tour. No reservations.

Fort Snelling - Historic fort built in 1819 at the confluence of the Mississipi and Minnesota Rivers. Open May to October. 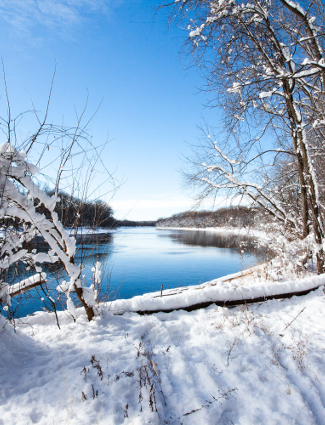 Lodging - There's no park lodging per se within the acreage, but many of all kinds all around Minneapolis, St. Paul, or near the other local towns. You can check out the lodging choices at your favorite Expedia or other online lodging sites, or contact the local or state visitors bureau.

Camping - Although there is some primitive camping available on National Park Service lands, most of the camping opportunities involve State or Regional Parks in the area, including Afton State Park and William O'Brien State Park, plus Anoka, Carver, and Dakota County Parks. To the north and northwest, there are campsites available in the Three Rivers System. 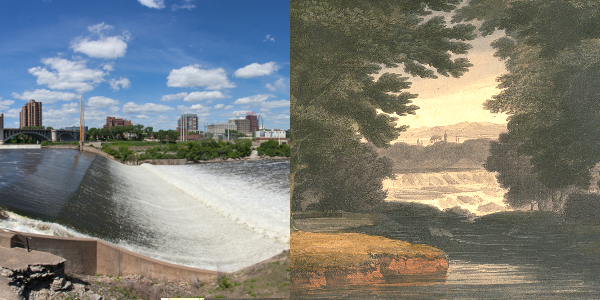 This section of the Mississippi River within the park is seventy-two miles long, so there's lots of places where you can access the park. Park headquarters is located at 120 W. Kellogg Boulevard, Saint Paul, MN 55101, if you wish to start from there. There is a Visitor Center within the Science Museum of Minnesota at 120 Kellogg Boulevard East, St. Paul, and at the Upper Saint Anthony Lock and Dam, 1 Portland Avenue, Minneapolis.

Established as a partnership park of the National Park Service on November 18, 1988, including seventy-two miles of the Mississippi River from Dayton and Ramsey to just south of Hastings, Minnesota.