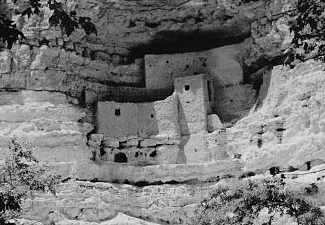 It is a park named for a man who had nothing to do with it's construction and not a castle per se, but that takes nothing away from the pre-Columbian heritage and skills exhibited by the Sinagua people who lived here a thousand years ago. They built the amazing cliff dwellings of Montezuma, an irrigation system, and pueblos of ten to twenty rooms, with no tools to speak of in a modern sense. Throughout the two sites of this park itself, or its sister park twenty miles away, Tuzikoot, you'll begin to immerse yourself in a time of America's past that seems so inconsistent to the bustle of the cities you speed through daily that it almost seems impossible. A time of unique and solid structures, built from the land, and sometimes carved from it. Look up at the castle. It's amazing. Stare down into the well. Trek to the Tuzikoot sky pad. Okay, that's likely too modern a reference for this spectacular ruin that was a spectacular achievement eight hundred years ago, and remains so today. 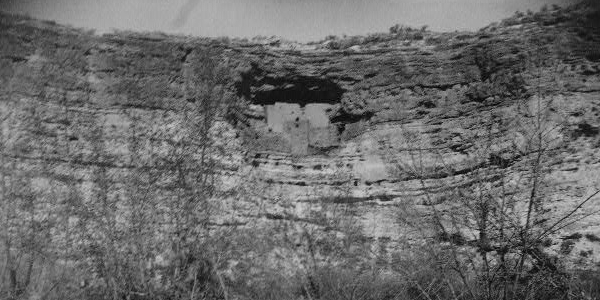 Montezuma Castle was named for the Aztec emporer Montezuma when European-Americans first visited them in the 1860's. They thought he built them; they were wrong. They were abandoned forty years before he was born. The Sinagua were amazing builders in dangerous locations; the castle high rise has 4,000 square feet of living space in a cliff. How many people lived there? Some say up to fifty. A structure, Castle A, next door, was even bigger, but only its walls remain. The Montezuma well, several miles north of the Castle, is a limestone sinkhole created from an underground spring. Rising above the well are prehistoric structures, which, while not as large as the main Castle or Castle A, are great examples of the same skill and culture that the Sinagua people showed throughout the Verde Valley region. And that does not even begin to tell of the wonder of Tuzikoot, which contains a one hundred and ten room pueblo. Oh, my!

For over three hundred years from 1100 to 1425 AD, the Sinagua people lived in the Beaver Creek area, building these amazing structures that we get to witness at Montezuma Castle and Well today. These structures, some eight hundred years old, hold a window into the society that built them, some ten stories tall. President Roosevelt knew the value of this heritage, when in 1903, he announced the first four national monuments, of which Montezuma Castle was one. 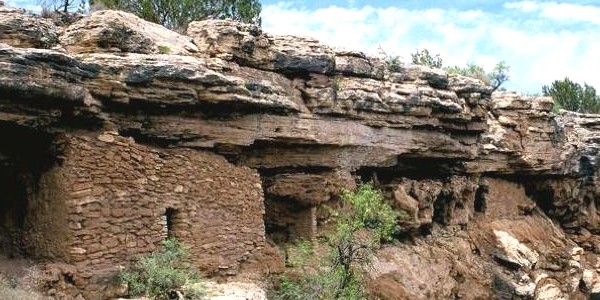 Today, you can walk the shaded forest trail near the swallet at Montezuma Well and marvel at the structures that marked the lives of the Southern Sinagua. And even though you can't set foot inside the huge five story Montezuma Castle itself like the Sinagua did, or even the visitor prior to 1951, you can try to imagine how life was for the people of those times, while, at the same time, trying to figure out how they built these things without a jackhammer and modern tools or a computer in their pocket. 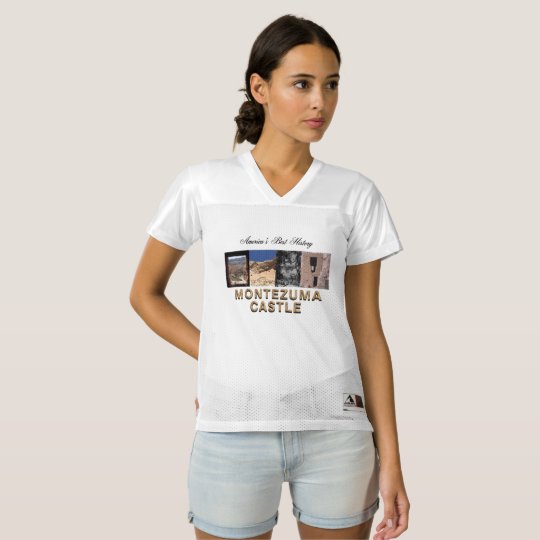 Montezuma Castle National Monument T-Shirts and Souvenirs from the official merchandise of America's Best History. Great for your next western heritage adventure or to remember one you've already had. 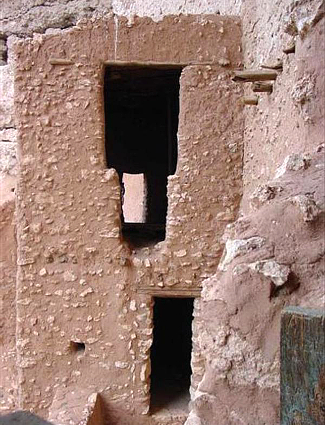 1. If it's available, take in the ranger talk at the base of the castle. Sure, the self-guided walk is nice, but to hear about the Sinagua people and how that house was built eight hundred years ago. Well worth it. And yes, it's a shame you can't climb the ladders and visit the site. That stopped in 1951.

2. Head over the real Montezuma Well. This sacred site is home to cliff dwellings, the perpetual 74 degree water of the lake (well), irrigation trenches, and other archaelogical remains. One and one half million gallons of water flow into the well every day.

3. Head on over to Tuzigoot. First, it's a cool name. Second, the Indian structure (110 room pueblo) there can be walked through and sits on top of a hill, not in a cliff. Not as many people go there and it is a significant drive, but you'll likely think it's worth it. 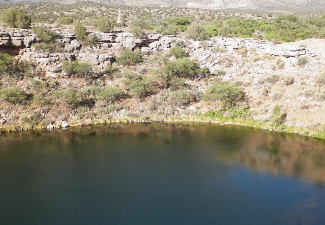 Montezuma Castle Visitor - Exhibits, bookstore, and park orientation. Check here for the available ranger walks and talks for the day.

Castle Cliff Dwelling - Above the park path, you can witness this amazing structure. Five-stories tall, made of stone. There are twenty rooms, rising fifty feet above the valley. It is constructed of limestone and mud mortar with an earthen roof and floors.

Montezuma Well - Prehistoric irrigation canals, a well where over 1.5 million gallons of water flow through each day, cliff dwellings and pueblos. 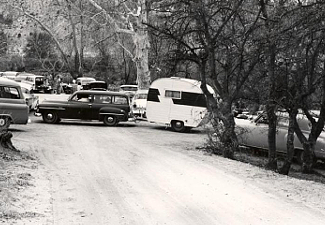 Montezuma National Monument is located off Exit 289 of Interstate 17, forty-five miles south of Flagstaff, ninety miles north of Phoenix. Off the exit, travel east 1/2 mile and look for signs. Montezuma Well is eleven miles north of the Castle, but if you're coming off I-17, it's only eight. Take Exit 293, then travel through the towns of McGuireville and Rimrock for four miles. Look for signs here as well.

If you're heading out to Tuzigoot from Montezuma Castle, it's a little over twenty miles. Get back on I-17, head south, then take Exit 289. Go north on Arizona Route 260 for twelve miles, left on South Main Street (becomes Broadway) for about four miles, then right on Tuzigoot Road.

Montezuma Castle National Monument is not a large park; there is no lodging or camping. It is right next door to Coconino National Forest, which has a vast number of camping sites, some cabins, as well as dispersed camping almost anywhere.

There are restaurants, motels, and bed and breakfasts in the various towns of the Verde Valley. A few near Montezuma Castle and more near Cottonwood and Tuzigoot. Check your favorite online lodging site for the lodging type of your choice.