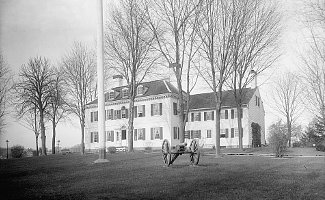 We don't know why this is the case, and perhaps alot of it stems from the fact that the America's Best History office is located not far from Valley Forge, but Morristown, the sister site to Valley Forge National Historical Park in many ways, does not get enough attention. It was the winter encampment site of George Washington's army during the winter of 1779-1780, the one two years after the more famous one at Valley Forge, as well as his winter camp in the winter of 1776-1777, and the difficulty shown at both locations in the conditions the men faced were similar. In fact, the winter at Morristown in 1779-1780 was the coldest on record in the 18th century, even worse than two years before in Pennsylvania. 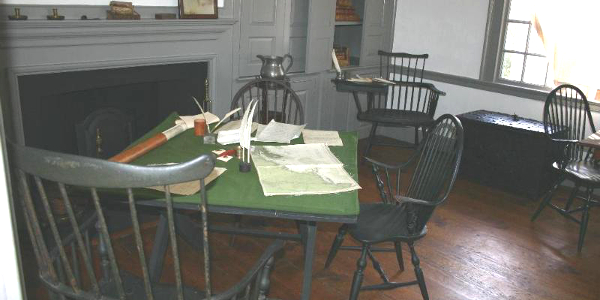 During the 1779-1780 winter, Washington had a nicer stay during this winter encampment than his men, or even himself, during the winter of Valley Forge where his headquarters was located in a rather small home. At Morristown, Washington resided in the Ford Mansion while his men were predominatly headquartered in the Jockey Hollow area and lands of the Wick farm from the date of their arrival at Morristown in December. They would stay in camp until June of the next year.

In 1779, much of the property where the soldiers were quartered was owned by the Wick family, whose 1,400 acre farm surrounded the Jockey Hollow area near the current visitor center and their modest home, which was used by General St. Clair as his headquarters during the winter. Six hundred acres of their trees were cut down during the six month stay for fuel and material to build the huts.

The Ford Mansion grounds were also the location where many of the soldiers set up their quarters (some did use the home) during the winter after the battles of Princeton and Trenton in early 1777. 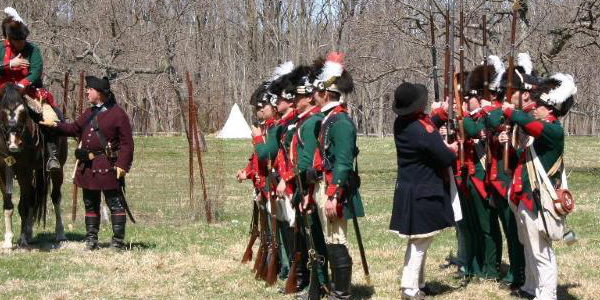 Perhaps it gets less attention because it wasn't the one where the Prussian General Von Steuben created an effective fighting force that took Washington toward more victories than defeats in the years in between and after. Maybe Morristown gets overlooked with all the Statue of Liberty, Ellis Island, and New York City attractions not far from its doorstep. No matter the reason, it does get overlooked by too many and should not. Morristown gains only 20% of the visitors as does Valley Forge. The men who wintered there and would go on to victory in Yorktown down that Revolutionary road, deserve just as much attention. Morristown National Historic Site is located in New Jersey, twenty-two miles west of Newark and thirty-one miles west of New York City. It's an easy haul for heritage tourists once you've visited the sites of Ellis Island and the Statue of Liberty, both of which you can get to from the New Jersey side as well as the Manhattan side, BTW. It contains over 1,700 acres of land dedicated to the memory and hardships that Washington's men endured during those two hard and long winters. There are four separate parts of the park with the two main areas, Jockey Hollow, where the majority of the men were camped, and the Washington Headquarters area where Washington stayed. It's not far in between, about three miles, but they are two of the four separate parts. Ford Mansion - Located in the Washington Headquarters area of the park in Morristown, the Ford Mansion served as the home of George and Martha Washington for six months during the winter of 1779-1780. You can take a guided tour by a park ranger of this home and see both the main and bedroom floors of the mansion.

Interior - The interior of the Ford Mansion, which was built in the early 1770's by iron manufacturer, Jacob Ford, Jr., contained two stories, including the kitchen, circa 1905 below. At the time of the second encampment, it would hold the Ford family, George Washington, Martha Washington, plus twenty-three aides and servants of the Washington's. 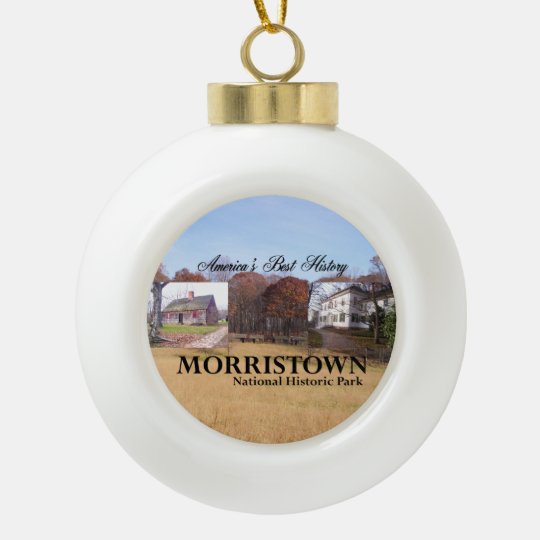 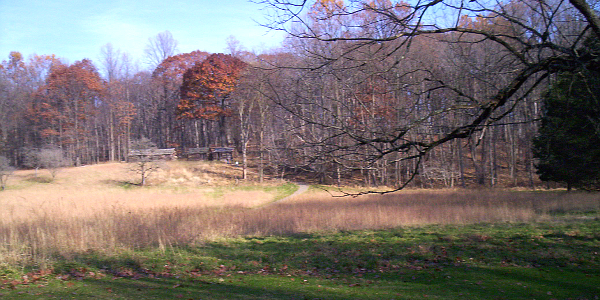 1. The Washington Headquarters Museum, just behind the Ford Mansion. It's where exhibits on his stay are located, plus a thirty minute film about the time. From there, you start your tour of the mansion, which is provided a number of times daily on an hourly basis. Tours are limited to 20 people, and although reservations aren't usually necessary, it's possible for you to wait.

2. Take the short walk from the Jockey Hollow visitor center to the Wick House and see how the regular folks lived during the time.

3. Tour the park by car. Log cabins, not as plentiful as at Valley Forge, but still there, show you how the men lived. During the summer months, costumed interpreters can be seen there, as well as at other locations around the park.

Photo above: Scene along the tour road at the Jockey Hollow section of the park.

Get Baseball History and Books at Stat Geek Baseball, including Fields of Gold and Baseball's Best. 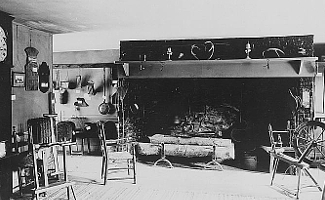 Jockey Hollow Section
A visitor center with exhibits, a 16 minute movie, and bookstore. Ranger tours also begin from here during the summer months and at some other times.

The Wick House is a short and mostly flat walk from the visitor center.

A two mile loop road that takes you through the nature of the park, as well as the log cabins where the men from the Continental Army stayed.

Ford Mansion - This is the rather large home where Martha and George stayed the winter. You can get a tour of the home from the museum with a park ranger several times a day.

Fort Nonsense - This part of the park contains the even lesser known area of Washington's 1776-7 winter camp site, the year before Valley Forge. They actually only arrived in camp on January 6, 1777 after the battle of Trenton a few days before, and only two weeks after crossing the Delaware on December 25, 1776. They would build the redoubt, Fort Nonsense, an earthen fort, on May 14, 1777 to provide security for a supply base. The soldiers were actually quartered in various locations this winter, including the grounds of the Ford Mansion (although Washington did not stay there then) and other homes and houses in Morristown. You can visit the site of the redoubt today. Don't expect a traditional fort; it's not there.

Photo above: Ford mansion kitchen, circa 1905. 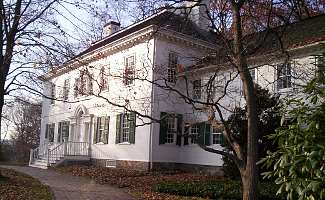 Cross Estate Gardens - This property near the Jockey Hollow area served as the site of the New Jersey Brigade and was added to Morristown NHP in 1975. It is now a fine formal garden property surrounding the acreage of the Cross Estate. It is free to visit and may provide a nice respite from the Revolutionary War topic for those less history inclined.

There are no lodging options inside either section of the park, but there are a good many options in Morris County, whether you're looking for a Bed and Breakfast, hotel, motel, or campsite. Check the Morris County Visitor Center website or your favorite online travel site for the lodging type of your choice. And of course, you're not far from all of the choices that Newark and New York City provide either, if urban is more to your liking. 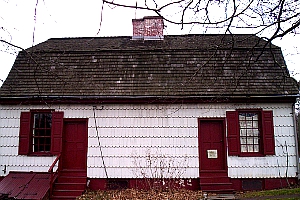