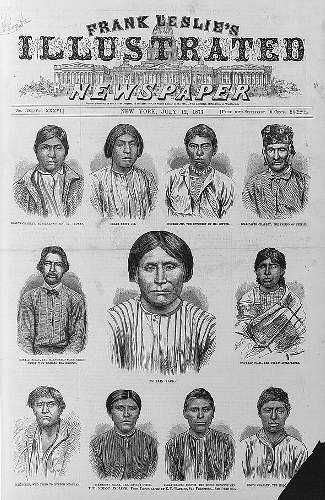 For most, a visit to these three remote areas, actually four parks, in northern California is a mission for a hike, a fish, or a camping trip into central mountain nature. And while that is the predominant rationale and perhaps even purpose of most of this land, it is also about the preservation of landscape and the preservation of history, both good and bad. This area was home to the Modoc Indians, who battled the United States Government in 1873 in the Modoc War to gain a different reservation on traditional Modoc land. It's also home, in the Tule Lake area, to an internment camp, and later segregation camp, for Asian Americans who were imprisoned during World War II after Pearl Harbor. So you see, the area of these four parks in three areas just below the Oregon border can be visited for many purposes, with recreation and history in tandem. And although it does not get the visitation of other parks due to its rather remote location, it will provide a unique visage into both topics, one that may be different from others who visit North Cali. 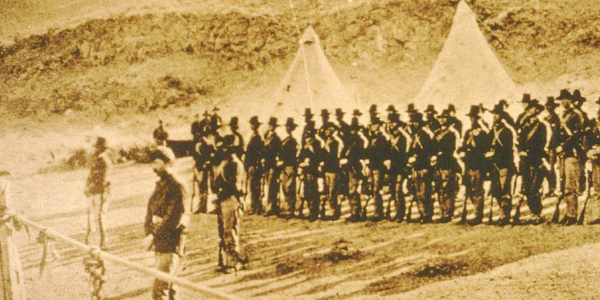 Tule Lake - While the lake and regional wildlife have inhabited the area for hundreds of generations, with the refuge designated in 1928, it is the Tule Lake National Monument that tells the story of one harsh period and aspect of World War II. In 1942, ten internment camps for Japanese Americans were built, housing one hundred and twenty thousand West Coast residents, one at Tule Lake, north of the refuge. One year later, the Tule Lake center was repurposed as the Tule Lake Segregation Center, for those 29,840 of the ten camps who the government thought were disloyal or disruptive Japanese Americans. At one time, 18,700 were located in Tule Lake at its zenith, with that total over four years.

Lava Beds National Monument - The first thing you notice here is the landscape. It's rugged and filled with unique formations caused by the lava which flowed from the Medicine Lake Shield Volcano. Those lava tubes and other distinct features were formed thirty to forty thousand years old. The Modoc Indians inhabited the land prior to European contact; evidence in the park of the native american art at Petroglyph Point indicates habitation here by the native population as two to six thousand years ago. Of course, once Europeans arrived, there was bound to be conflict. An 1864 treaty forced the Modoc onto an Oregon reservation in Oregon, along with the Klamath and Yahooskin tribes. Kintpuash, known as Captain Jack, left the Oregon reservation displeased by the treaty. He returned to the Lost River Valley and Tule Lake region over the next decade several times, with conflicts against white settlers and disagreements with Indian agents.

Eventually, in 1870, Captain Jack left the reservation for good after a disagreement with the Klamath with fifty-three warriors and a total of one hundred and fifty to two hundred followers, and returned to the Lost River Valley and Tule Lake. Over the next three years, negotiations for their return to the Klamath Reservations failed, and by July 6, 1872, the U.S. Government decided it was time to return Captain Jack and the Modoc, by peace or by force.

Conflicts arose in the final months of 1872, but by January 17, 1873, the Modoc War erupted at the First Battle of the Stronghold. The U.S. Army had four hundred soldiers and two howitzers, but could not capture Captain Jack for more than five months. Peace negotiations were arranged, but proceeded slowly. The Modoc decided that if they killed the leaders of the Army negotiators, that the Army would leave. Two were killed, including General Edward Canby. After the Army got reinforcements, raising their numbers to nearly one thousand, they captured the Modoc and returned them to their reservations. Captain Jack and three warriors were convicted of the killings of the peace negotiators, and hanged.

Modoc National Forest - Much of the land of the forest, which surrounds the other parks, with the majority to the south and east, was covered with similar lava tubes due to the Medicine Lake Shield Volcano. It was home to the Modoc prior to forced relocation to the first reservation in Oregon and a later reservation in Oklahoma. Emmigration into this territory by Europeans began in 1846. 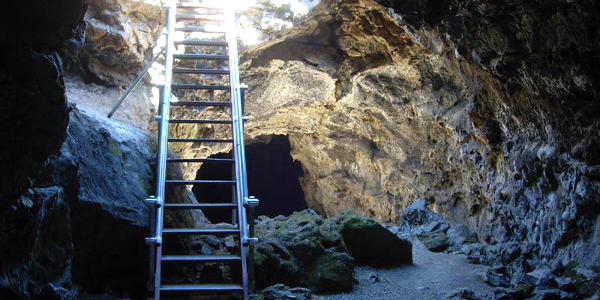 Tule Lake National Wildlife Refuge was established in 1928 by President Calvin Coolidge. It protects the staging area for migrating birds with grasslands and marshes that can be viewed from the ten mile driving tour along the lake. Nearly half of the refuge is crop land leased to farmers.

Lava Beds National Monument was established on November 21, 1925 to protect the geological features of the lava tubes, as well as the history of the Modoc and Modoc War. There is a Visitor Center with exhibits, guided ranger tours, and a campground for visitors.

Modoc National Forest - Much larger than any of the other parks, the national forest contains hundreds of miles of hiking trails, fishing spots, and other locations for outdoor activities. It was established on November 29, 1904 as the Modoc Forest Reserve. 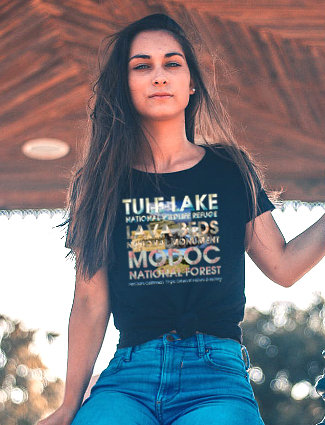 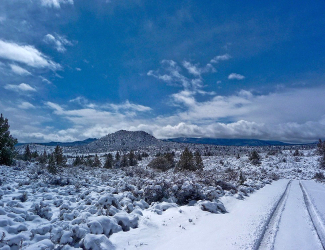 1. Take the Tule Lake National Wildlife Refuge Driving Tour. It's ten miles long along the southern edge of the lake.

2. For those interested in difficult history, take the Ranger Guided tours of the segregation center and camp of Tule Lake National Monument. These are only available on Saturdays from Memorial Day to Labor Day and have a twenty person limit. Call in advance for how to book one of the tours. Some summer days outside Saturdays may include tours if staffing allows.

3. Take a ranger guided tour of the caves at Lava Beds, the history of the Modoc War, or the geology of lava flows and beds of the past eruptions. The guides will be able to provide you with a plethora of facts and figures on any of those topics. You can tour some of the caves by yourself, if that's your preference. Ask at the visitor center for the rules and regulations about self-guided tours.

4. Go hiking in the Modoc Forest. It includes a variety of ecosystems for you to explore. Trailheads are available in every district, with day hiking or backpack trips. Horseback riding is also allowed on most trails, so you'll have to share. After the hike, consider whether you want to adopt one of the wild horses of the Modoc area. They are often thinning the herd.

Get Baseball History and Books at Stat Geek Baseball, including Baseball's Best @ 150, the book that counts down 8,000 of the best batters, pitchers, and fielders of all your favorite teams, including the San Francisco Giants, Oakland A's, New York Yankees, and more for the 1st 150 years of Major League Baseball (1871-2020). 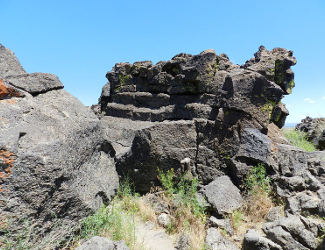 Lava Beds National Monument - The Visitor Center is located inside the southern end of the park near Cave Loop Road. There are ranger guided tours from here, plus a bookstore with snacks and souvenirs. Along Cave Loop Road, there are a dozen plus caves to explore, some self-guided, others only by tour. Therea are also sites about the Modoc War, including Gillem's Camp, the Thomas-Wright Battlefield, and Captain Jack's stronghold, sprinkled throughout the park. Some are not available in the winter.

Modoc National Forest - From Visitor Centers to hiking trails to pleasant Scenic Drives, the forest is on oasis of nature and outdoors wonder to explore. Some of the best are the South Warner Wilderness, the Medicine Lake Highlands, and Mill Creek Falls. Stop by one of the Visitor Centers and ask for their suggestions on where to go and what to see. There's also maps for the various Ranger Districts that can help with your orientation. You'll need them; it's a big place. 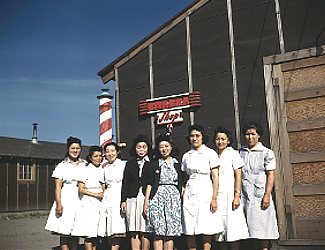 Tule Lake National Wildlife Refuge - A Visitor Center, called Klamath Basin, serves several National Wildlife Refuges in the region. It is open seven days a week, year round, except major holidays. There are exhibits, a book store, and orientation about the ranger tours, regulations on hunting and fishing, and other visitor opportunities. It is located on the northwest edge of the park at 4009 Hill Road, Tulelake, CA 96134.

Tule Lake National Monument - The newly established unit, in 2019, has a Visitor Center, temporarily located in the Butte Valley Fairgrounds Museum at 800 Main St., Tulelake, CA, 96134. There are exhibits on the barracks of the camp, as well as the history of the internment. On a separate site, the remnants of the Segregation Center can be visited on a ranger-guided tour. On another site, Camp Tulelake, originally a Civilian Conservation Corps camp, but repurposed for the internment, can only be visited by a ranger guided tour. 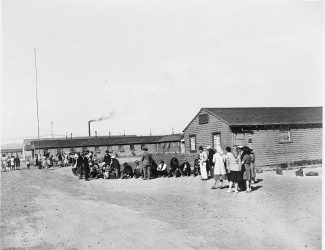 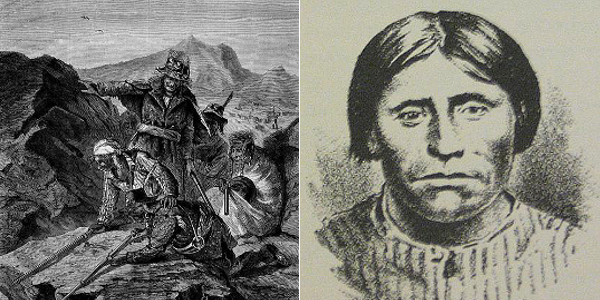 Lava Beds National Monument - There is no lodging in the park, but there is one campground, plus free backcountry camping is permitted. The Indian Wells Campground is located only one half mile from the Visitor Center and Cave Loop Road. It has forty-three sites, but no showers or dump station. A small fee is charged.

Modoc National Forest - No cabins are available in this forest, but there are plenty of campground, plus dispersed camping opportunities. RV camping is allowed in both developed and dispersed locations, but there are no hookups or showers in developed areas, and only one dump station at Medicine Lake.

There is lodging outside the parks in the towns of Tulelake, California, and Merrill and Klamath Falls, Oregon. We wouldn't call it plentiful in Tulelake or Merrill. Check with travel sites or the local tourist agency for details.