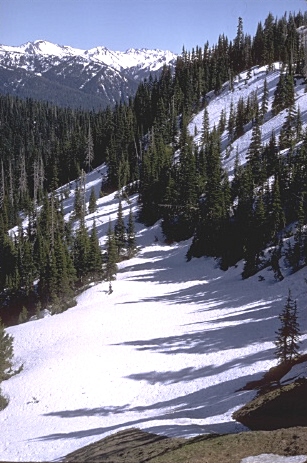 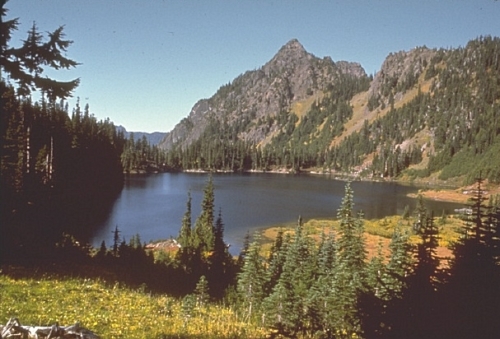 Nestled in the Olympic Peninsula of Washington State sits this gem of a national park with a wide variety of landscapes. From the slopes of Mount Olympus to rain forests and rugged seacoasts, Olympic challenges the senses of the casual visitor, the hiker, camper, mountain climber, and all others who traverse its land. 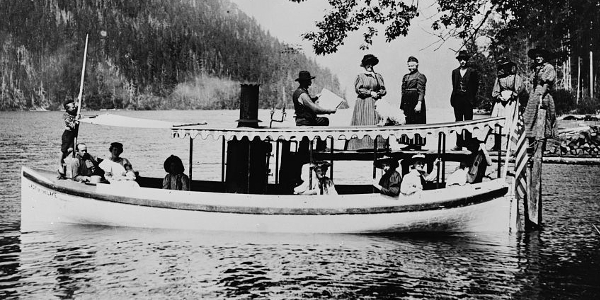 Cutural, Historic Sites, and History - Yes, it's the land you've come to see, but within the boundaries of Olympic sit over five hundred archaelogical and cultural sites to see. The two hundred years of homesteading and exploration are evidenced within all this nature. Just take for example the Elwha region. Carved from the Fraser glacier, it was inhabited by the Klallam Indians until nearly 1900 when Port Angeles became a growing settlement and held some of the richest salmon runs south of Alaska. The Olympic Power Company built the Elwha Dam in 1910, followed by the Glines Canyon Dam in 1927. Olympic National Park was created in 1938. It has amazed those who wander its trails since the days of the last frontier, and has been doing so as a federal monument since the turn of the century. It was first proclaimed by President Theodore Roosevelt in 1909 as Mount Olympus National Monument, then made a national park in 1938. And the visitors surely come. Olympic has been drawing visitors at a high rate, over 3 million visitors a year, right up there with the most visited natural wonder in the United States such as Yosemite and Yellowstone.

Perhaps the most amazing part about Olympic National Park is in its three variety of landscapes. From exploring the mountains with those glacier peaks to the rain forests to the Pacific Ocean seacoast, there is an unending variety of sights to see and activities to do within the 922,000 acres that constitute the park. And what is there to do. Take a drive. Take a hike. Walk along seventy-three miles of coastline. Olympic National Park is also a great place to camp.

Rugged glacier-topped mountains to rain forest beauty and the Pacific Ocean to boot. There are so many sites to see, including Elwha Valley, Hoh Rain Forest, Hurricane Ridge, Kaloloch, Lake Crescent, Ozette, Mora and Rialto Beach, Sol Duc Valley, Staircase, and Quinault Valley. And that's to only mention a few. 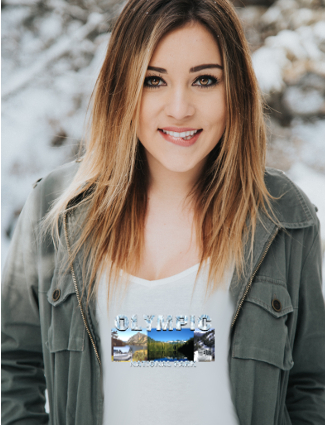 Olympic National Park T-Shirts and Souvenirs from the official merchandise of America's Best History. Great for your next western vacation or planning session. 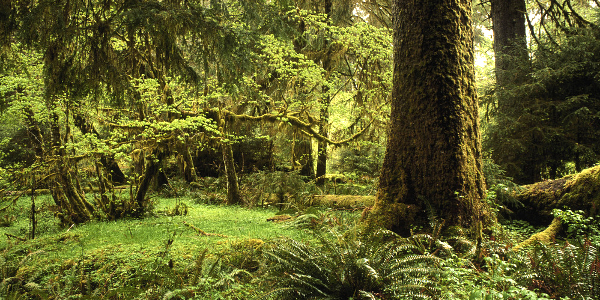 . Spend your time outside. At Olympic National Park, that's where you'll want to be most days. Whether you like to take a hike, listen to a park ranger during one of the many free summer tours and hikes, or drive to the various points around the park from Hurricane Ridge to Lake Crescent or Rialto Beach. Look for some of the Roosevelt elk herd; it is the largest herd of unmanaged elk in the world. 2. The orientation film at the Olympic National Park Visitor Center is a good starting point to know where you'd like to go. Then go. It's what makes a visit here special.

3. For some reason we think checking out the rainforest at a Northwest United States park is a really unique experience. Head over to a northern example of, well, what's not the tropics, but is a cold version of the typical rainforest, Washington State style. 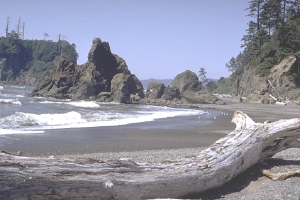 Visit the Mountains - Take in the vistas from Hurricane Ridge or Deer Park.

Visit the Forests - Whether they be rain forest or just old growth trees, the forests of Olympic hold many opportunities to witness nature at its best, whether that be from your car or on a hike.

Visit the Pacific - Yes, there are seventy-three miles to explore. You can visit Mora Beach, Rialto Beach, or Kaloloch. There are rocks, sandy stretches, and giant driftwood for you to see, too. 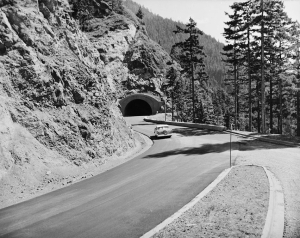 Lodging - Within Olympic National Park, there are four choices. On the north shore of Lake Crescent, there is the Log Cabin Resort. On the south shore of the lake, There is Lake Crescent Lodge. West of Port Angeles, the Sol Duc Hot Springs Resort has cabins and an RV park. The fourth choice is located on the coast, the Kalaloch Lodge. Many other lodging choices are available outside the park. Check with the local tourist board or your favorite lodging reservation destination.

Photo above: Part of the road and tunnel system of Olympic National Park, circa 1950s. Photo courtesy Library of Congress. From the Historic American Engineering Record. 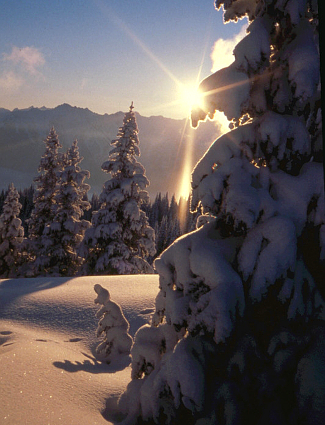 Camping - Boy, there's a lot of camping opportunities at Olympic. Olympic National Park has sixteen campgrounds with 910 sites, but only one takes reservations, Kalaloch. 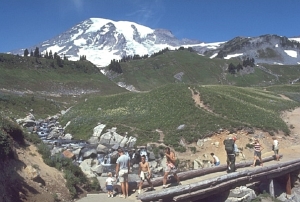