Free. Some areas may require a recreation fee for activities.
Round Spring Cave Tour - $5 adults, $2 children under 12. Tours Memorial Day to Labor Day.

Summer is noted for high humidity with temperatures that can reach one hundred degrees. There is winter snow here with freezing weather. Take care to check the latest weather forecasts for the area and be prepared for a variety of conditions. 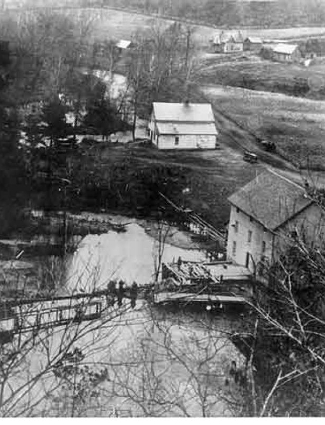 Photo above: Alley Mill, circa 1900, from the hills above. Photo right: Alley Mill in its current form. Photos courtesy National Park Service. Although the park as a National Park Service site has not been around for a century, the three main attractions of the park were saved in the early part of the 1900's by the state of Missouri as three state parks; Alley Spring, Big Spring, and Round Spring. So it's been a well known and important to be saved attraction for much longer than its national footprint. The springs here were considered amazing, with some considering them medicinal, as in Hot Springs, Arkansas, although that idea did not really take off as it did further south. 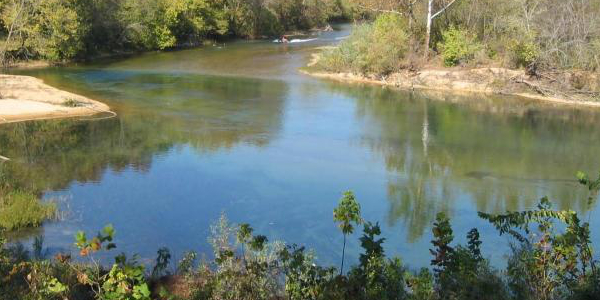 It would be a surprise to most national park fans across the United States that a Riverways park in Missouri would rank so high in attendance, but it's true. Over one million per year ply the water and historic buildings of this park in south Missouri. It is the land of two rivers, but also the land of many springs. Big Springs is one of the three largest in the United States, but far from the only spring here; Welch, Cave, Pulltite Spring, Round Spring, Fire Hydrant Spring, Ebb and Flow Spring, Blue, Big, and Gravel Springs are also located within the park. You could have a bunch of tourist fun and go spring hunting while there, although that might not be to all participants in your caravan's liking. No matter, there's lots of other things for them to do, including rafting, hiking, fishing, camping, and more. 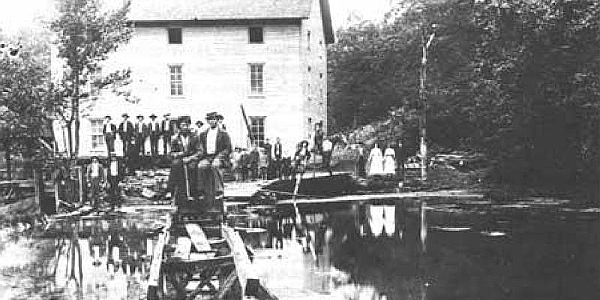 Alley Mill - Mill was constructed in 1893-4 by George Washington McCaskill, a replacement for the first mill constructed in 1868. By 1902, the mill had been purchased by John Knotts, who expanded the area to include a blacksmith shop and store. The Storys Creek one room schoolhouse is also in the area.

From the 1870's forward, the area of the Current and Jacks Fork Rivers was considered a pristine area for tourist and sport. Roads were improved in the early 20th century, bringing additional tourists and attention. By 1924, the three state parks of Alley Spring, Big Spring, and Round Spring were established.

By 1956, a plan to create a national monument incorporating the three state parks and other lands was floating around Missouri and Washington, D.C. Due to local resistence and a tug and pull between the Forest Service and the National Park Service, the plan eventually changed to the Ozark National Scenic Riverways plan under the NPS banner. In 1964, Congress approved and within one decade, that plan had a formal dedication ceremony and today's park with its focus on recreation was founded along the Current and Jacks Fork River corridor.

Photo above: Alley Mill circa 1900 with patrons on the river. Courtesy National Park Service. 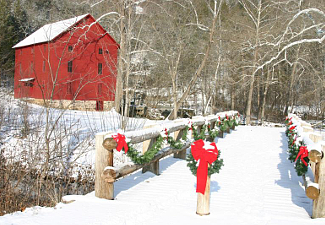 1. Get on the river, well, at least one of them. You can bring your own canoe or kayak or rent one from more than eighteen Canoe shops. The Current River is considered by many to be one of the midwest's best float streams.

2. Camp along the river and take in an evening amphitheater program by a Park Ranger about the history of the Ozarks. Available at Big Spring and Alley Spring campgrounds during the summer season.

3. Head to Round Spring if you're there from Memorial Day to Labor Day and take a Ranger Guided Lantern Tour of the Round Spring Cave. No reservations, three tours per day, and only fifteen people allowed at a time, so you'll have, almost, a private experience. 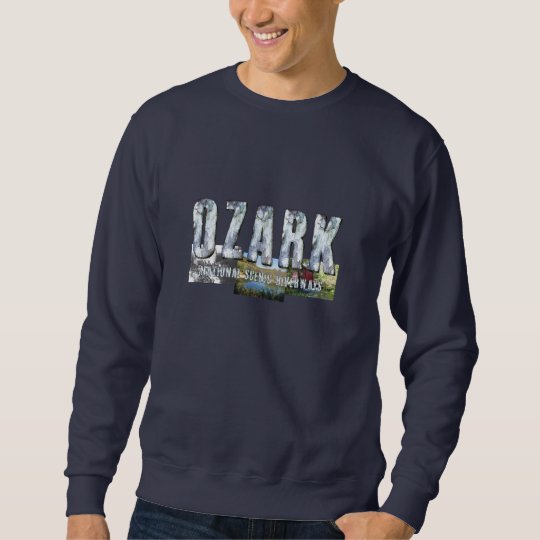 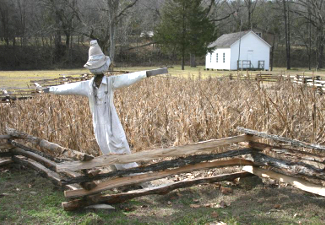 There are three Visitor Centers spread around Ozark National Scenic Riverways, plus several other important history spots beyond all that river recreation.

Alley Mill - Across the Jacks Fork River from the Alley Spring Visitor Center, the area is open year round with the mill open in the summer.

CCC Historic District - Located in the Big Spring area, once a state park prior to incorporation into Ozark NSR. The Big Springs Lodge and Cabins are here, a CCC Museum, plus the Big Spring, one of the three largest spring in the United States.

Round Spring Cave - Once a state park as well, this cave can be visited with a Park Ranger guide in the summer, only fifteen at a time. Round Spring is also located here. 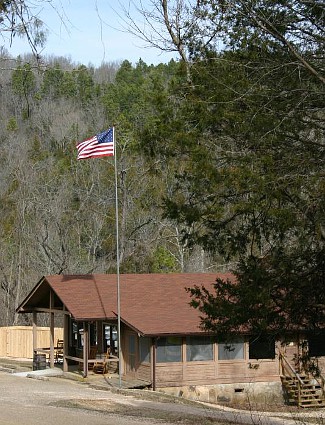 Lodging - Right now, there is no lodging within the park, but that should change in coming years when the restoration of the CCC Dining Lodge and Cabins will be complete. There is some hope for 2018, but not yet known whether that deadline will be met. For now, you can find a place to stay in the communities of Van Buren, Eminence, or other locations. Check out the hotel, motel, or bed and breakfast choices at your favorite online lodging choice, or contact the local or state visitors bureau.

Camping - There are a variety of campground types at Ozark NSR, including developed, backcountry, and primitive. The developed and backcountry are fee based.

Photo above: One of the Visitor Center areas at Ozark National Scenic Riverways is located in the Alley store. Courtesy National Park Service. 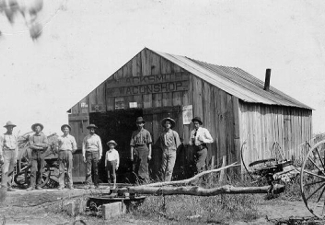 The physical address for the park headquarters of Ozark Scenic Riverways is 404 Watercress Drive, Van Buren, MO 63965. This is in the southern section of the park. You are about one hundred and forty-eight miles from Springfield just off Route 60. You are one hundred and forty-five miles south of St. Louis. Both take a bit over two and one half hours to get there.

Surrounding the Ozark Scenic Rivers both north and south are two large portions of the Mark Twain National Forest. The forest gets a whole lot less visitation than the Riverways, so if you want a respite from folks, that's probably a good place to head. It's 1.5 million acres big and has plenty of fishing, hiking, and camping opportunities. There are seven hundred and fifty miles of trails in the forest and thirty-five campgrounds.

Photo above: An old blacksmith shop in this area of the Ozarks. Courtesy National Park Service.