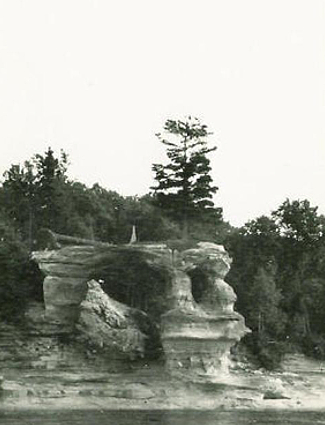 It's been around for fifty years now, the first of its kind, the National Lakeshore kind, when originated in 1966. Pictured Rocks on Lake Superior began a trend in the designation that became, in many ways, Michigan's answer to the National Park. Sometimes odd the way the National Park Service designates their lands, as most overlap between nature and history, beauty and accomplishment. That's certainly true here in the going north area of Michigan. You have history in the buildings and waterways of lighthouses and navigation, and then you have those cliffs and waterfalls that create pictures on rocks. 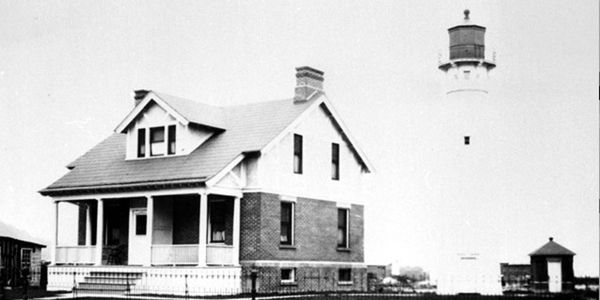 For fifteen miles above Munising, Michigan, sandstone cliffs, some two hundred feet high, rise above Lake Superior and form the genesis for Pictured Rocks. These were dangerous cliffs and waters for travelers, from the past, i.e. 1658 trapper Pierre Esprit Radisson to the more present, like the famous 1975 shipwreck of the Edmund Fitzgerald, and many more boats that would wreck off its coast. That's where those lighthouses came in and the United States Coast Guard plied their mission. For those coming today for recreation and history, you can visit many visitor centers and lighthouses dedicated to telling that story. For others, you can visit the many waterfalls that rage over the Pictured Rocks into the lake, or the Grand Sable Dunes, a two hundred and seventy-five foot dune that rises above the lake. Try climbing that one; it ascends at a thirty-five degree angle.

Logging History - After the fur traders traversed the waterways and settlements began to sprout up along the lake, the logging industry, which had exhausted the white pines of New England by the 1840s while building the nation, sought new supplies. Michigan provided that. The first logging in the Pictured Rocks zone began in 1877 by Joseph Weller; by 1879, he shipped 150,000 cubic feet of wood. By 1882, Weller's operation was surpassed with Thomas G. Sullivan. In three years, Sullivan cut 50 million feet of white pine.

The United States Coast Guard and Grand Marais - Shipping increased dramatically after the Sault Locks were opened in 1855. There were 193 passages that year; 3,503 by 1880. By 1895, a light was installed to assist navigation with a light saving station under construction by 1898, manned by the U.S. Life Saving Service until 1940. Shipwrecks during their time included the 1912 South Shore, the 1919 H.E. Runnels, and the 1939 Lydia. The USCG Grand Marais opened in 1938 and was in use until 1981. During the time of the USCG Grand Marais, the shipwreck of the 729' Edmund Fitzgerald occurred on November 10, 1975. 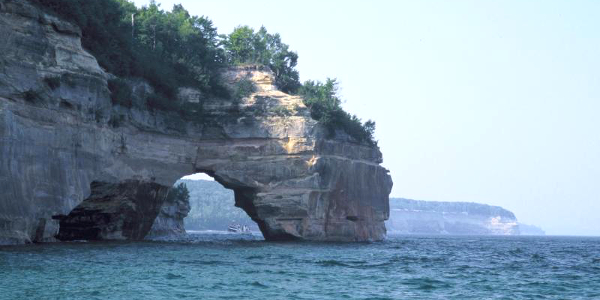 Pictured Rocks National Lakeshore - It became the first national lakeshore after a decade of study into how the lake area of Michigan could be added to the National Park Service. By 1966, the park had been authorized in two zones; the public lakeshore zone and and inland area still owned by private sources. The park opened officially on October 6, 1972.

The buildings of many lighthouses and life saving stations are still there for you to visit. Grand Marais now serves as a Ranger Station with a Lightkeepers House Museum in the keepers quarters. You can get a guided tour of the Au Sable Light Station, one and one half mile walk each way required past shipwreck ruins on the beach below the trail, hike a huge dune with sand blown from the Lake Superior beach to a height of two hundred and seventy-five feet, and watch water tumble over the cliffs in a variety of waterfalls that will marvel the nature inclined. 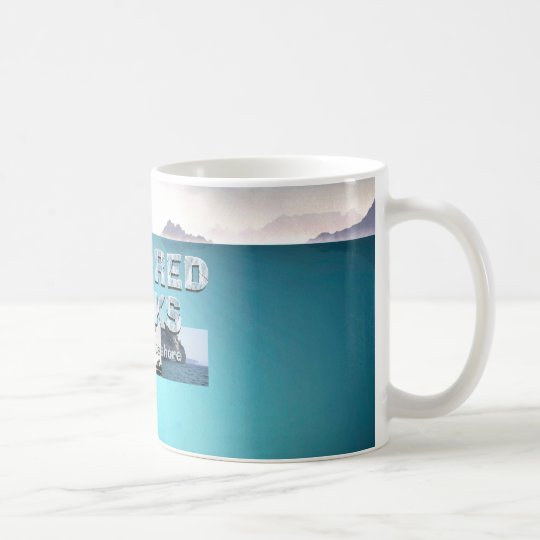 1. Check with a Visitor Center and find out what programs the rangers are giving during your stay. They don't update the website as often as they should, but the programs are great, whether they be the guided tour of the Au Sable Light Station or an amphitheater evening talk at Twelvemile Beach. Some years, they have a car caravan Waterfall tour on special days.

2. Take a boat tour. A concessionaire at Picture Rocks takes you on a thirty-two mile, up to two and one half hour trip on Lake Superior, narrating your path past all those cliffs, shipwrecks, and lighthouses. It operates from mid-May to mid-October from the Elm Avenue city dock in Munising. Sometimes in the summer, a park ranger narrates the way back. Prices are $38-45/adult; $10/kids 6-12; $1/Under 6. Fees subject to change without notice.

3. Search for shipwrecks. Although most of the shipwrecks along the Pictured Rocks Lake Superior coast can only be seen by boat, a few, including one near Hurricane River, can be beach walked to. Now that's just plain cool. 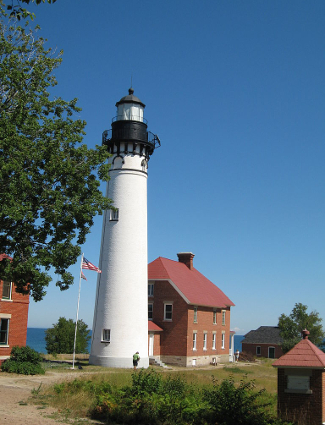 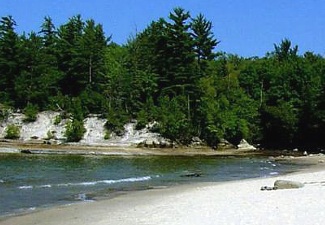 There are a variety of trails in the park, including the North Country National Scenic Trail, nature trails, and great day hikes.

Variety of other day hikes available - Ask for a map at one of the Visitor Centers.

While there is no traditional lodging within Pictured Rocks National Lakeshore, except developed and backcountry camping, there are a variety of lodging choices in the communities nearby. Check out your favorite online lodging site for the motel, hotel, or bed and breakfast of your choice. Campgrounds fill quickly in summer. Other campgrounds outside the park are available. 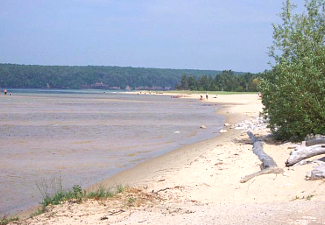