Weather at these heights in the Rocky Mountains is much cooler than your starting point, sometime thirty to forty degrees difference. Be aware of the conditions at all times and dress appropriately. Pay regular attention to the weather reports for the valley and summit. A trip to the summit of Pikes Peak is not recommended for those with serious health issues or young children. The air is particularly thin at this altitude and trouble breathing may occur, as well as dizziness and other problems. Be safe and cautious if you are planning to make the drive or ride. Err on the side of caution if you are not sure if you are able to make the summit trip safely. Pikes Peak has never seen a recorded temperature above 64 degrees and every month, except one, has had recorded snow. Low historic temp, Minus 39. 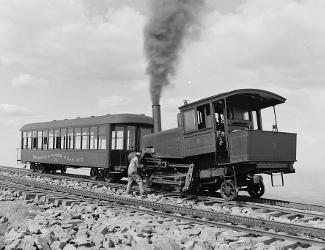 Such a unique place to visit and even more unique getting there, Pikes Peak, found in European settlement times by Zebulan Pike, although the Spanish might disagree, is 14,115 feet tall. It can be driven to by highway. And boy, what a drive, which starting May 2022, you'll need a reservation for. You'll think when rounding each switchback turn that you just might skim off the mountain. That was really true in past, fewer guardrail days, but still presents an awesome experience for those that want to transmission their way up. That's not the only way to get there. A cog railway has been reopened; it has been climbing the peak since 1891. There's also trails for hikers, but you have to be extra special hardy and qualified to try that. For those drivers, a new Summit House Complex with Visitor Center will be awaiting you, and for some, bus tours and shuttles are available. Check for the hows and wheres. But no matter how you get there, top of the world is the notion that comes to mind. So if you're traveling west, to Denver, or thereabouts, consider a trip to the peak that Pike made famous. Check your oil first. 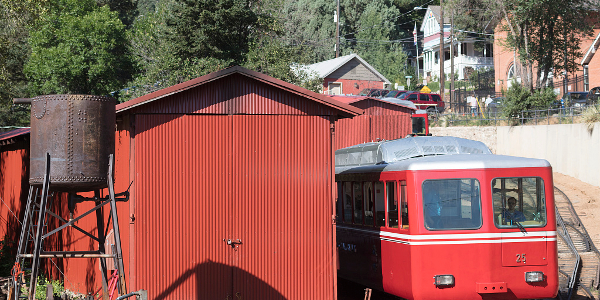 In the United States, there are ninety-six peaks over fourteen thousand feet. Pikes Peak was home to the Ute band called Tabeguache, People of Sun Mountain. Early Spanish explorers noted it as El Capitan when sighting it in the 1700's, but it was in 1806 when Zebulon Pike, exploring under a mission established by President Thomas Jefferson, that the peak got its name, even though Zebulon could not and did not climb to its top. Edwin James climbed it to the top in 1820.

The view from the summit has been an inspiration to many, including Katherine Lee Bates, who, in 1893, wrote the song America the Beautiful due to sighting its vista and beauty. In 1888, the Pikes Peak Carriage Road was constructed to the top by the Cascade Town Company; it closed in 1902. The carriage road had competition from the cog railway starting in 1889, at first taking passengers to the Halfway House Hotel the next year. On June 30, 1891, it made its first climb to the summit. The railroad was constructed by Zalmon G. Simmons, who owned the Simmons Beautyrest Mattress Company. In 1915, the Pikes Peak Highway, nineteen miles long, was built to the summit by Spencer Penrose for $500,000. Today, that highway is maintained by the city of Colorado Springs. 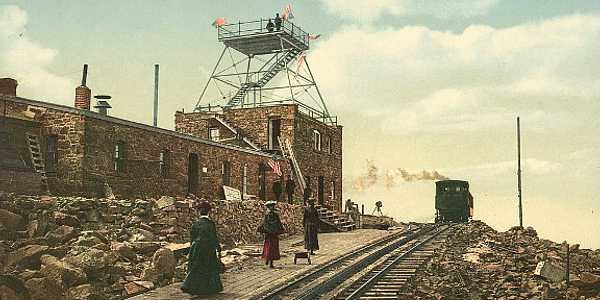 Today you can drive those nineteen miles up the highway, pending the construction at the top, with Visitor Centers at the 6 and 12 mile points, as well as the summit. There are recreation areas, as well, along the way. Until 2021, you will not be able to ride the Cog Railway, under restoration with plans for new cars and a complete rebuild with all new track. The new Summit Visitor Center (Summit Complex), with expanded amenities and thirty-eight thousand square feet of restaurant, viewing, and gift shop space is on the way. It's keeping the famous donuts and is planned for a fall 2020 opening.

For those that like to walk and have the capacity and skill to climb the 8,000 foot elevation change and twenty-six mile round trip, the Barr Trail approaches the summit from the east. During the year, there are hill climbs for cars, bikes, and a marathon up and down to the top. 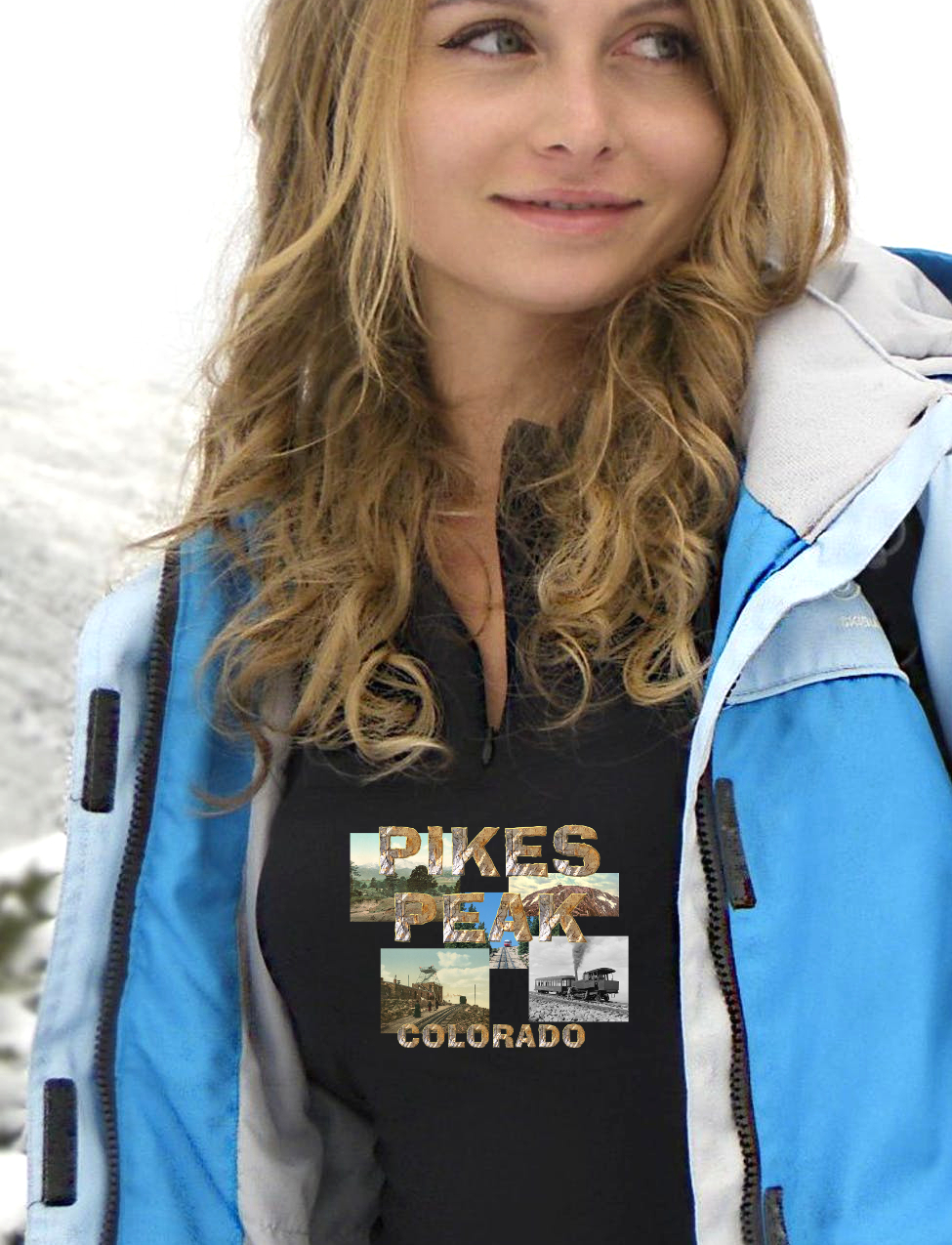 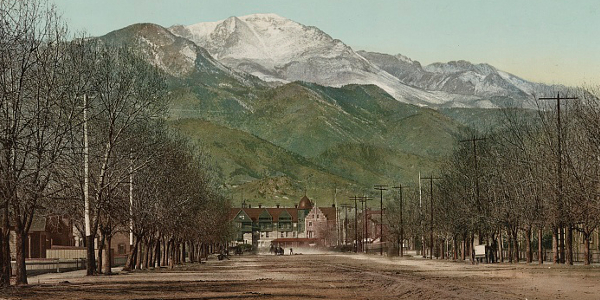 1. Take the drive. Prepare your car and make sure you're able to handle the altitude, but if both of those are accurate, then its a spectacular journey up a mountain with views you can hardly imagine. Whether you want to go all the way, or are even able to with the current peak season shuttle service and construction, it's a view and experience to remember.

2. Eat some Summit donuts. Yes, this requires you to get to the summit, but while you're there, you may as well eat those famous concoctions that because they're baked at such heights, with water boiling at a different temperature, are just more magical than others. No, we're not exactly sure why.

3. Take in the pleasures of Manitou Springs. Its a quaint place with hotels, bed and breakfasts, summer stock theater, and museums. Yes, you can stay elsewhere, but give yourself some time to explore its nooks and crannies. 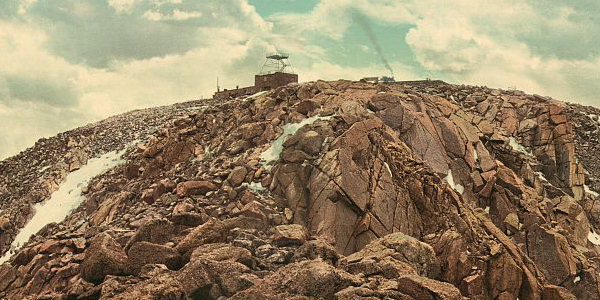 Visitor Centers - There are three Visitor Centers for Pikes Peak. They are located at Mile 6, Mile 12, and the Summit of Pikes Peak Highway. There is a restaurant at Summit House that specializes in those amazing donuts. As of 2020, your ways to get there are by tour company, drive, biking, or hiking. It takes two to four hours to drive the highway.

At certain times of the year, Meet the Ranger programs are available. Along the way there are attractions such as the Crystal Reservoir, Glen Cove Inn, and recreation areas. At North Slope Recreation Area you fish, boat, picnic, bike, and hike around its three lakes.

There are gift shops at Crystal Reservoir, Glen Cove Inn, and the Summit House. Remember that the peak of Pikes Peak is going to be thirty to forty degrees cooler than in the valleys. 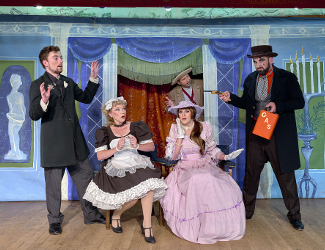 It has what its name denotes, springs, eight cold-water mineral springs that you can sample and a shuttle or walking tour that takes you past history and hotels and the cog railroad depot. There are even Springabout Guided Tours during the summer season.

For those that like to know about the history of things, the Manitou Springs Heritage Center is a good place to start, but not the only place. The Manitou Cliff Dwellings east of town are a must see for most; the Cave of the Winds has been spelunker involved since 1881 and for those that love a good cave, don't miss this one either. Art is a big deal here, too, in Manitou Springs, with many galleries to explore. And then there's the Melodrama at the Iron Springs Chateau Theater. Yes, you'll get to boo a villain. 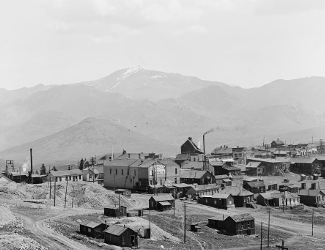 Lodging is varied in the area of Pikes Peak, although no longer anywhere near the summit. For many, the charm of the inns, bed and breakfasts, and hotels of Manitou Springs are worth looking into. Of course, Colorado Springs has all your chain delights, if you'd prefer a more normal routine. Check out the lodging choices at your favorite Expedia or other online lodging choice, or contact the local or state visitors bureau.

Camping is available in the area at a variety of developed cottage and camping sites. For those that like a little more undeveloped routine to their camping, check out the Pike National Forest, which surrounds much of the area. There are fifty-six developed campgrounds in the forest, with one on the west side, known as The Crags, that has trails up to the peak for the extremely able. It's seasonal and small.