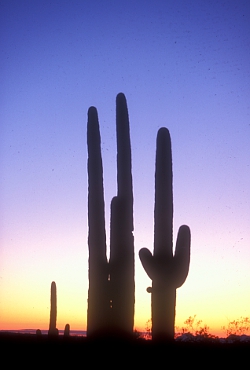 Yes, it's a park of small, large, and gigantic prickly things. Those sentinels of the desert that rise above its crusty surface to guard the night, the day, and the history of the land that surrounds them. It's a history of Indian culture, of a harsh land that wasted many of a settler's fortune and often forced them home. It's a history now of recreation, and land preservation to a degree, saving land close enough to a thriving city, Tuscon, hemming in the spread of subdivisions not far from the entrance gates, and allowing the next generation of residents to know what the landscape of the city, or at least, its environs, looked like not too long ago, all without traveling more than fifteen minutes in either its east, west, or northern directions. 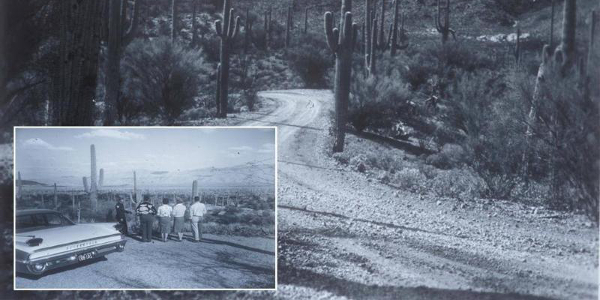 The Tohono O'odham (the Desert People) of the Sonoran Desert - The Totono O'odham tribe lived within the desert in an area reaching from Arizona to Sonora, Mexico. They inhabited the land that would eventually be transferred, half, to the United States in 1853 through the Gadsden Purchase. The rights of the native people to control their land, as in the case of many Native Americans, was guaranteed through the treaty, although settlement, due to mining and the development of the transcontinental railroad, changed that dynamic. The tribe has now been divided into four recognized tribes, due to the effect of the the division between Mexico and the United States, and one of the difficulties ot the tribe to maintian their culture and family ties is involved within the border and immigration problem Many of the petrogyphs of the nation still remain within the park.

Saguaro National Park - President Herbert Hoover declared the east section of the park a national monument on March 1, 1933, and recognized the western section in 1937. Additional lands were added in the 1960s and 1970s, including the Wilderness Area and Tuscon Mountain Park. On October 14, 1994, it was elevated to Natoinal Park status. 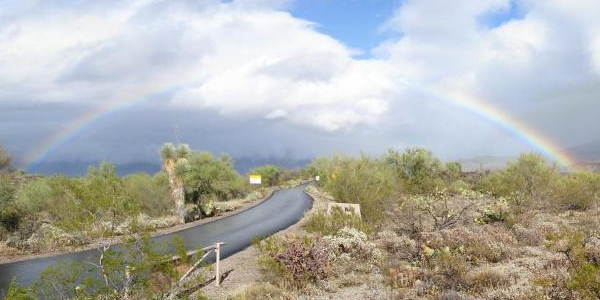 Saguaro National Park is another of those parks that most in the nation couldn't name, and may bypass, on their way to bigger names, i.e. that big brother Grand Canyon to the northwest, and the Zion's and Byrce Canyon's of the world, too. But if you're going to be driving through Tuscon, or Arizona, for that matter, stop by the two sections of Saguaro National Park and marvel at one of the large sentinels of the day and night that guard the desert floor and marvel at the size and beauty of a tree, or a plant, or whatever you care to call it. Ask a ranger for the definition actually, they'll know.

Saguaro National Park is home to the Giant American cacti, the signature of the American west, and the trails and sights in the park within the Sonoran Desert are wonderful, although with the temperatures exceeding 100 degrees most days in the summer, can be a challenge many months of the year. A visit in the winter is wonderful, with pleasant temperatures and the same scenery. There are two parts to the park, the east, Rincon Mountain District, and west, Tuscon Mountain District, sections, with the city of Tuscon in the middle.

The Ranger Guided Talks and Walks - More plentiful in winter than summer, but available at all times of the year, these talks walks range from ten minutes to two and one half hours and take you to various locations in the park and cover the subject of history and nature. Some of the best occur at twilight and night, and seeing the desert at this time of day can be an even more special sight. You can also learn about the history of the making of the park and the Civilian Conservation Corp or even Wily Coyota and the Roadrunner, oh, well, maybe just the roadrunner and how he lives and runs through the desert floor.

Hiking and Biking - Many people enjoy the scenery of Saguaro National Park by foot or bike on their own. There are hikes for the novice and those with great experience such as the Tanque Verde Ridge Trail, among the 150 miles of trails within Saguaro National Park. Biking the loop drives can be a great way to see the park as well. At all times, care should be taken in this environment because of the hazards of the desert, including heat, terrain, and the animals who live there from black bears to snakes, as well as those prickly things. 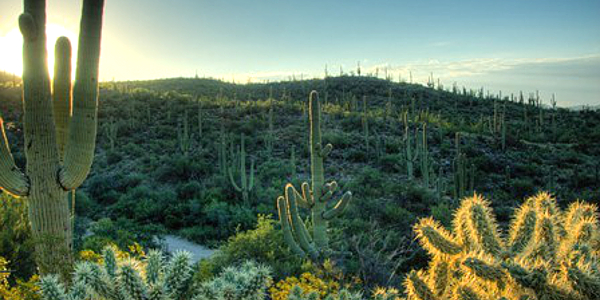 1. Take a guided walk, bring plenty of water no matter the time of year, and listen to the rangers who guide you among the tall Saguaros that will guide your path.

2. Stop by one of the visitor centers and take in the exhibits on the cacti and Native American history. Plus, if you want to venture out into the Saguaro wilderness by yourself, ask a ranger what trails are best for your experience and ability.

For those with more time and hiking experience, visit Manning Cabin, in the wilderness area, the home of a former Tuscon Mayor. 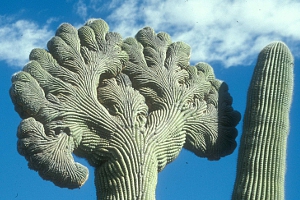 Rincon Mountain Visitor Center - Located in the Saguaro East section at the esat entrance off Freeman Road. The Cactus Forest Drive starts and ends here and there are many hiking trails in this location as well, including two short trails that may be more appropriate for some, the Desert Ecology Trail and the Freeman Homestead Trail.

South Hills Visitor Center - Located in the Saguaro West section off Kinney Road. This visitor center includes an orientation program about the cactus from the Native American perspective. Also, the Hohokam Road drive and Apache Peak are located just north of the center.

Photo above: Yes, that's a giant cactus. Just one that you'll see on your visit to Saguaro. Courtesy National Park Service. 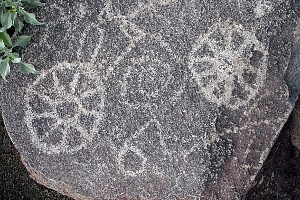 There are no lodges or developed campgrounds within either section of Saguaro National Park, although you can get a permit for an overnight stay in the Saguaro wilderness, where six small campsites are located. All of these are at elevations ranging from 4,800 to 8,000 feet.

Photo above: Some of the Native American rock art at Saguaro. Courtesy National Park Service.

Protecting Saguaro National Park. First, pay heed to the warnings and instructions of park rangers and the National Park Service to insure that your visit in safe and wonderful. Second, please obey the rules about protecting the park. The ecosystem of the desert can be very fragile.

For those that want to help maintain and protect the park, the Friends of Saguaro National Park might be a good organizaiton to join.