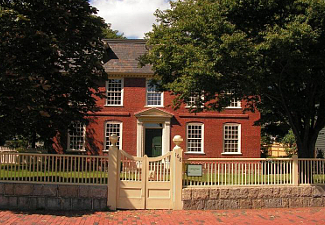 On the land, it's a small place packed with a whole lot of history. East from the wharf, it's a large sea packed with a lot of ships that used to ply the Atlantic Ocean off the Salem coast, searching for seafood sustenance, and now contains a tall ship waiting for your visit. Cute and sea worthy might describe the historic buildings you'll wander around and the ship docked outside them. Salty and historic would go a long way to describe the tales of the men and women who plied the planks and waited for their men to come back from a voyage on the sea that took Salem men to all corners of the world. 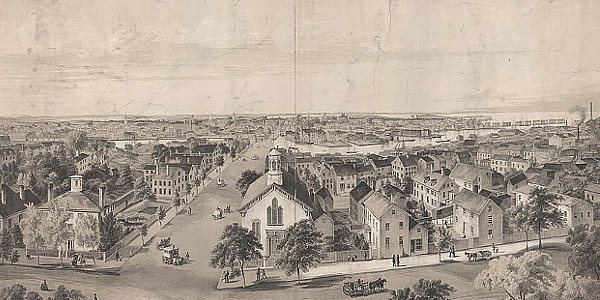 Friendship of Salem Tall Ship - Built in 1797, the ship was buit by Enos Briggs in the Salem shipyard. It sailed for the East India Marine Society and made fifteen trips to the East Indies. It was captured by the British in the War of 1812. What happened to the original ship is not known.

Salem Custom House - Thirteen custom houses have occupied Salem since the British built the first in 1649. By 1789, the taxes for imported cargo were paid, for the first time, to the United States. In 1819, due to the increase in international trade to Salem, the current U.S. Customs House was built at the end of Derby Wharf.

Narbonne House - Built in 1675 by butcher Thomas Ives, the original home was added to several times by Ives and subsequent owners.

1626 - Company of fishermen led by Roger Conant arrive from Cape Ann and establish the town.

Image above: 1854 lithograph of the town of Salem by John William Hill for Endicott and Company. Source: Library of Congress. Below: The tall ship Friendship of Salem, a replica of the 1797 ship, along Derby Wharf in the park. Source: National Park Service. 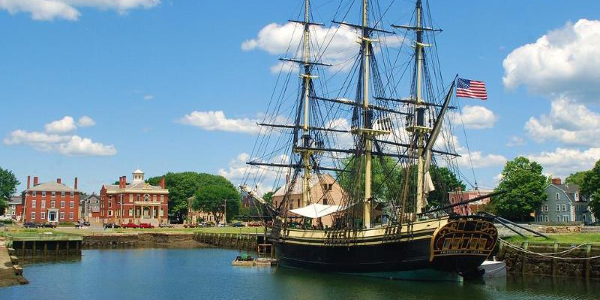 It's historic, this historic site, and not only for the East India company and the merchantmen who trailed into the seas around the world and brought commerce back to New England shores. It's even historic as a historic site, becoming the first National Historic Site in the nation on March 17, 1938. Now, you can visit this site nearly eighty years later and see twelve historic buildings and a replica tall ship, all while touristing around the other sites of old Salem. Yes, including those witches. Yes, including other sections of town with even more buildings reminiscent of the days of ship lore.

Friendship of Salem Tall Ship - Built in 2000 as a replica East Indiaman ship of 1797 style in New York. The ship is 171 feet long and outfitted as a museum ship. The ship is fully seaworthy.

Narbonne House - Named for the granddaughter of owner Jonathan Andrews, Sarah Narbonne, who lived her entire 101 year life in the home. The Park Service bought the property in 1963 from descendents of the Andrews family. 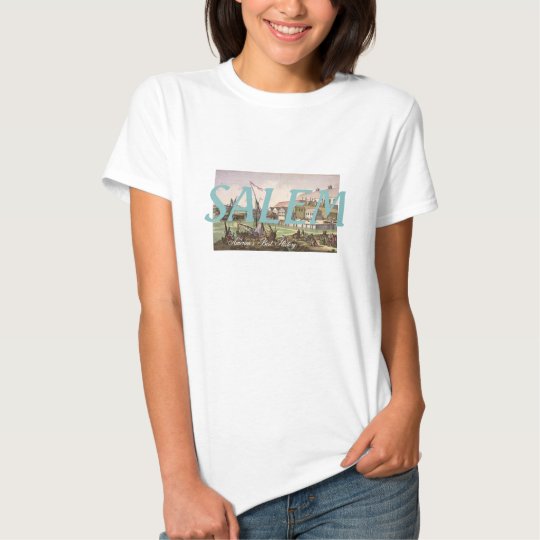 Salem Maritime History T-Shirts, Sweatshirts, and Other Gifts from the official souvenirs of americasbesthistory.com. 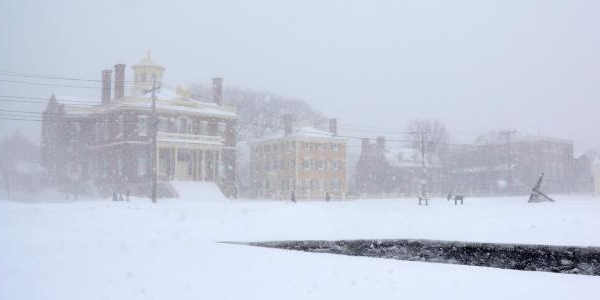 1. Visit the Visitor Center, then take the Salem Maritime guided walking tour. Rangers will take you into several of the houses in the park (U.S. Customs House, Narbonne, and Derby Homes), as well as the ship Friendship of Salem. The tours are free, but should be reserved by phone or at the visitor center when you visit.

2. Visit Salem Maritime during the Harbor Festival and enjoy three days of free ninety minute harbor cruises on various participating ships, exhibits, and lots of sea music. Usually held at the beginning of August. Check with the visitor center for the exact dates.

3. Outside the park. There are walking tours of historic Salem that take you past the maritime arena. The McIntire Historic District Walking Trail (1 hour), Architecture in Salem, African American Heritage Sites in Salem, Nathaniel Hawthorne's Salem, and Bowditch's Salem: a Walking Tour of the Great Age of Sail are only a few of the self-guided tours and brochurs you can follow.

Get Baseball History and Books at Stat Geek Baseball, including Fields of Gold, Baseball's Best Glove Work and The Best Ever Book. 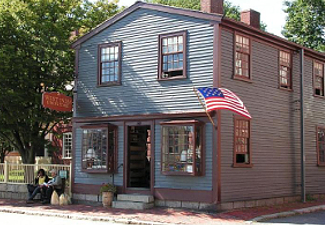 Derby Wharf - The Derby family (Captain Richard, Sr. and son Elias Hasket) built the wharf in 1762, with an expansion by their heirs in 1806.

Ships of Salem Maritime - Tall Ship Friendship of Salem (original ship 1797) is open for tours most days. It is a replica of the original, which made fifteen trips for the West Indies company to the Orient, Europe, and Russia. 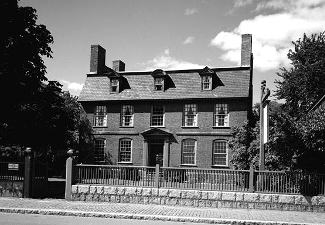 Salem Maritime National Historic Park is located at 160 Derby Street, Salem, MA 01970. From Route 128, use Exit 25A to Route 114 East (North Street) into Salem. North Street will turn into Sumner Street, then left onto Norman Street. Stay straight onto Derby Street and look for signs into the park. There are a variety of way to get there from Boston (15-20 miles), so best to check your favorite map program or GPS from your current location. 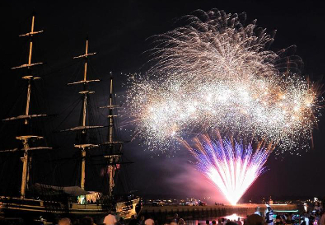 As you would think, there is no lodging or camping within Salem Maritime. Salem and the surrounding area have a variety of lodging opportunities from motels to bed and breakfasts. Check the local tourist board, or your favorite online hotel/motel sites for the choice that's right for you.

Above photo: Fireworks over the harbor at Derby Wharf. Source: National Park Service.