Entrance Fee - Free at both the park and Russian Bishop's House.

Yes, this is Alaska, but it's Alaska along the Alaska Current. So expect lots of rain, ninety inches of precipitation a year, and bring many layers. It's warmer here than most of Alaska with daytime highs in the 50-60's in the summer and teens to 40's in the winter. Be prepared every day and check the local weather forecast often. 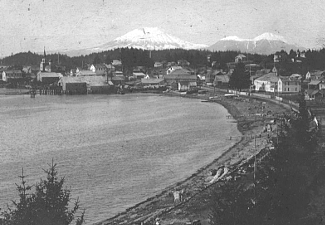 On Baranof Island in the early 1800's, the Russians had constructed a settlement, controlling the area of Sitka on that newly named island, much to the native discontent. In 1802, the natives struck back, destroying the Russian trading post known today as Old Sitka. Two years hence, the Russians had enough of the Kiks.adi portion of the Tlingit tribe and their action. A battle would ensue, the last major battle between the Alaskan natives and the Russians. Today, the sites of Sitka associated and not associated with the national park tell of that history and more. From a vibrant Visitor Center and ranger tours, you'll get a sense of what Alaska was like in that era of natives versus Russians, before the Alaska Purchase sixty years later on March 30, 1867 ensued and changed that dynamic to the Americans versus the natives. 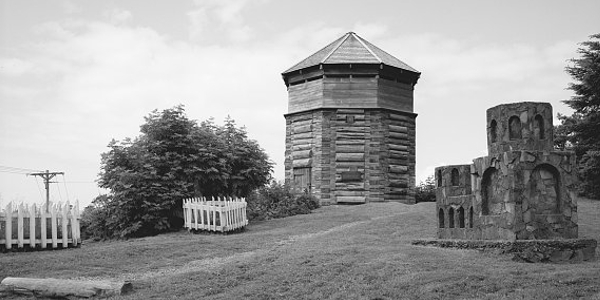 Alexandr Baranov, a Russian trader, had paid the Tlingit clan a sum for trading rights to Baranof Island (yes, a difference in the spelling) after arriving in 1795. He was the chief manager of the Russian-American Company, and would return four years later with a larger force of one hundred Russians, seven hundred Aleuts, and three hundred additional natives. They located seven miles from the Tlingit and built a settlement, Old Sitka, north of the present town, constructing the Redoubt of St. Michael. Old Sitka is now the site of a state park.

By 1800, the Tlingit tribe were not pleased with the Russian settlement, disagreed with their tactics of taking native women for wives, and had attacked it unsuccessfully several times. By 1802, with Baranov off to Kodiak and a smaller staff, slightly over two hundred total, left in the fort, the Tlingit attacked and destroyed it. They had begun a trading relationship with the British the year before, muskets for furs.

The Tlingit knew that the survivors of the attack had returned to Kodiak and relayed the news to Baranov. They constructed the Fort of Young Saplings near the mouth of the Indian River to withstand a Russian fleet. Baranov returned with over five hundred men, including Indian allies, on four sailing ships and two hundred and fifty Indian baidarkas. The Russians arrived on September 29, 1804, attempted to make peace, but were rebuffed. A ground fight began with the Tlingit warriors repulsing the first day advance. On Day Two and Three, the Russian fleet engaged in a strong bombardment, but the fort withstood the barrage. A variety of offers for surrender, for peace, for a truce ensued. By the end of Day Four, the Tlingit decided that it best to evacuate the area. They left under the cover of darkness. The Russians dismantled the Sapling Fort. 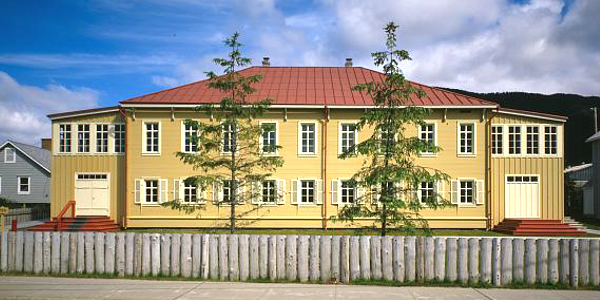 Today, the site of the fort is honored by the K'alyaan Totem Pole. The land of the Battle of Sitka has been preserved, in some form, since June 21, 1890. Totem poles from various locations have been gathered and displayed at the park ever since, including Haida village and the St. Louis World's Fair of 1904. On March 23, 1910, the park was made a national monument by President William H. Taft. When you walk the paths of the park, reproductions of the original Totem Poles can be seen at many turns.

The park also includes the Russian Bishop's house in town, which tells the story of Russian occupation of the land. It was built in 1841-3. It was constructed by Tlingit builders and is one of only four structures in the Western Hemisphere of the Russian Colonial style architecture. Other structures from the Russian era of Sitka still remain or are reproduced, including the Russian blockhouse, Log Chase, Sitka Lutheran Church, St. Michael's Russian Orthodox Cathedral, and others. There is also Baranof Hill State Historic Site, Harrigan Centennial Hall, Sitka's Historical Museum, and the Sheldon Jackson Museum. 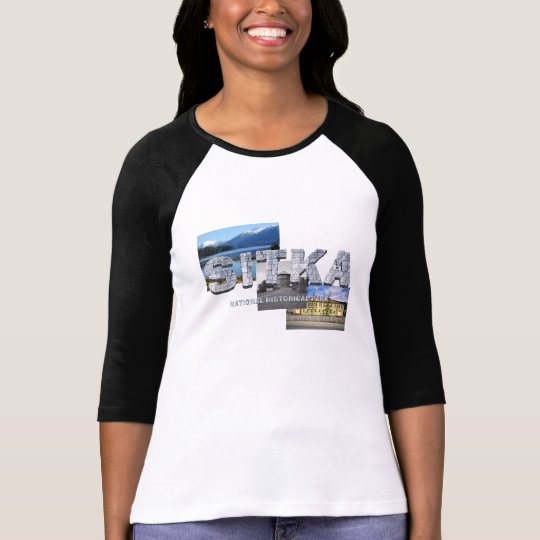 Sitka, Alaska T-Shirts and other history souvenirs from the official merchandise of America's Best History. 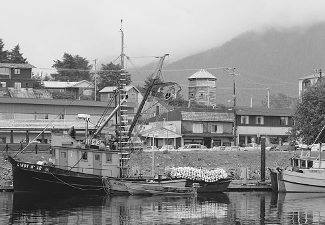 1. Stop in first at the Sitka National Historical Park Visitor Center. There are exhibits in Totem Hall and Exhibits Hall, a film, ranger orientation, and restrooms. It sits on a beautiful stretch of beach property right on the water. Great place to spend a couple minutes or more. It is open year round.

3. Take a walk past a Totem Pole. Whether unguided or with a ranger, stroll past the eighteen poles along the Totem Trail and the Russian Memorial Loop. It's 1.6 miles long among towering spruce and hemlocks. 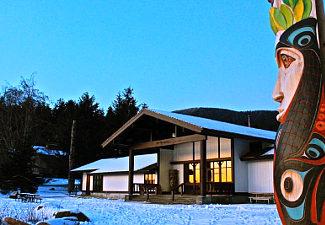 Sitka NHP Visitor Center. Located in the park on the eastern side of the town, the Visitor Center includes exhibits on the battle, totem poles, and Tlingit history. There's a twelve minte film "Voices of Sitka" to watch. The Visitor Center is open year round, but with shorter hours in the winter (October to April).

Sitka Trails. There's more than the Totem Trail here, although that's probably the first you'll want to try. Mount Vestovia Trail (5 miles), Indian River Trail (9 miles), Gavin Hill-Harbor Mountain Trail (12 miles) are good choices depending on your ability and specific preferences. Salmon spawning along the Indian River Trail in late July to late September might be good for the fish lovers. There's also the Indian River Falls on that one as well.

Russian Bishop's House. During the period of Russian northwest colonization, Sitka served as its capital. The diocese that occupied the house was in charge of an area from California north. The Russian Orthodox Church used the house until 1969. 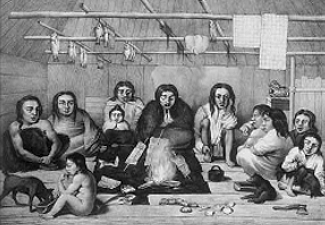 Not easy to get to as Sitka in located on Baranof Island, which is on the outer coast of the Inland Passage. You must get here by air or sea. The cruise ship terminal is located six miles from downtown, part of the Alaska Marine Highway System and serviced by passenger ferries and cruise ships. Taxi service is available from both the airport and cruise ship docks. Once on the island, the park Visitor Center is located on the east end of Lincoln Street, one quarter mile from downtown. It's only a ten minute walk from the Visitor Center to the the Russian Bishop's House. 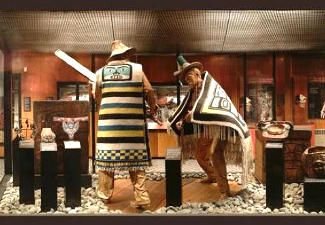 There is no lodging within the park itself or places to eat. Nearby in Sitka are bed and breakfasts, motels, inns, hostels, and campsites. For options, check your favorite online lodging site for the motel, hotel, or other lodging type of your choice.

Camping is available nearby, but not in the park. The Starrigavan Campground is located on U.S. Forest Service land near the Old Sitka site and the ferry terminal. Other campsites are available throughout Tongass National Forest.

So how did the Russians get exclusive rights to the area in the battle between the United States, Britain, Spain, and the tsar during the time of European colonization of the northwest territories? Well, at least until the American purchase of Russian rights in 1867, there was the agreement culled in 1824, the Russo American Treaty.