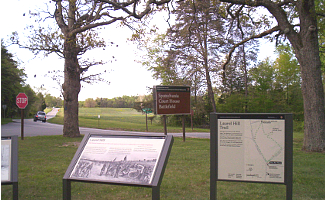 Interpretive markers near the entrance to Spotsylvania Battlefield at Laurel Hill.

Humid and hot in the summer with mild winters. Typical Virginia weather with winters that are mild, but with snow possible. 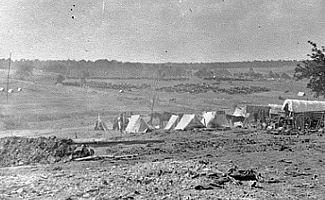 Photo above: Taken May 19, 1864 by Timothy O'Sullivan of Grant's army, the 5th Artillery Reserve, at Spotsylvania. Photo courtesy Library of Congress. 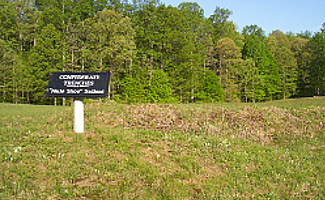 Above Image: Confederate trenches on the opposite side of the Bloody Angle at the Spotsylvania Battlefield.

May 8-12, 2014 - They'd just fought a hard slog in fire and thickets a few miles north in the Wilderness several days before, but this was a new era in the Civil War, an era where General Grant would not let the enemy walk away. So now, only those few days later, it would happen again, in a land a bit more hospitable to large armies, but in a warfare many think more applicable to a World War in the next century. It would be fought in the trenches, in a salient I still can't get my head around as to why Lee thought it was a good idea. 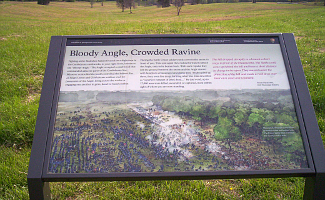 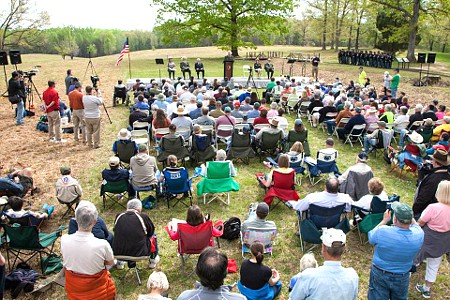 Opening ceremony of the 150th Anniversary of the Battle of the Wilderness and Spotsylvania, held at the Bloody Angle, Spotsylvania.

More interpretive markers with monuments in the background at the Bloody Angle, Spotsylvania. 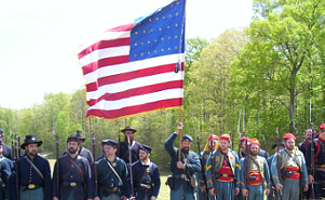 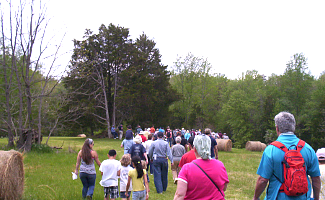 Even if you missed the special events of the 150th anniversary during the first weeks of May 2014, you can still create your own. The Wilderness and Spotsylvania sections of Fredericksburg and Spotsylvania National Military Park is there for the taking year round. They are in remote areas of the park itself and neither have a visitor center (there is one at Chancellorville about five miles away). Both have exhibit shelters that are staffed on weekends. You can wander around them at your pleasure, but I'd suggest stopping at the Chancellorsville Visitor Center and finding out when a battle walk was scheduled. At the present time, both sections have guided tours on weekends. That'll help fill in a bunch of the gaps you have when you go there. Ellwood Manor, which served as a Union headerquarters is open daily starting April 28 for the summer season; there are weekend guided tours.

You should also take an hour or so in the town of Spotsylvania Court House. A small walking tour takes you to period buildings, plus a museum. 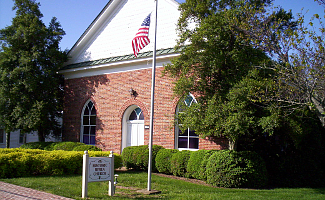 One of the period buildings in the small town of Spotsylvania Court House, near the Wilderness and Spotsylvania battlefields.