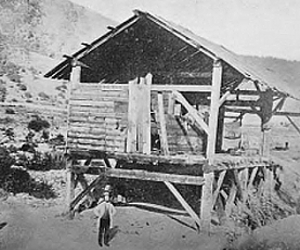 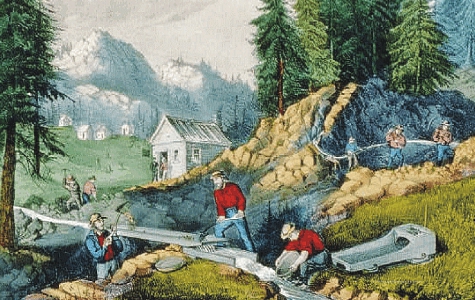 It comes as some surprise that such an important historic site does not have a national park attached to it, but Sutter's Mill does not. It's part of the California State Park system, which, despite some financial woes, contains some of the best history in the state, and nation. 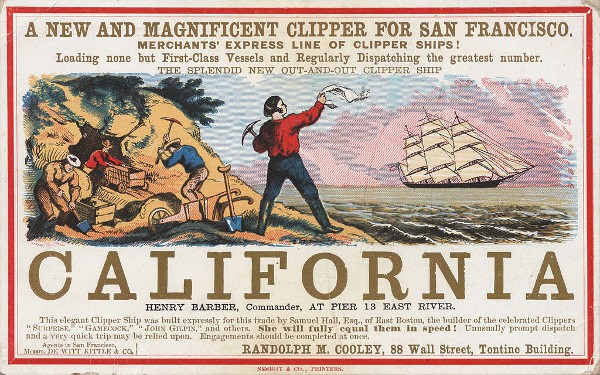 We say we're surprised, in many ways, because of the importance of Sutter's Mill, not only to northern California, San Francisco, the Gold Rush, and more, but to the spur that discovery had on western migration. It brought miners, yes, to California, and Alaska. It brought folks looking to gain their fortune in ancillary services for those miners, from the bawdy to the practical. But for us, perhaps the most important historic point of finding gold in them thar hills, was in the lure it provided for western migration to every part of the world between Missouri and California, in the days of the wagon train, the steamship, and later the locomotive. And it provided one grand spur for that locomotive as well as farmers, bankers, shopkeepers, and yes, those miners.

So let's start with what is there and get into a little history on how we got there. The California gold rush and Sutter's Mill is part of Marshall Gold Discovery State Historic Park. The park is located in Coloma, California, about 140 miles and three hours west from San Francisco. It celebrates the actually 1848, not 1849, discovery of gold at Sutter's Mill on the aptly named American River by James W. Marshall. He was just there to build a sawmill, in partnership with John Sutter, but when he saw some tiny gold flecks in the river, it changed everything.

By the next year the town of Coloma had ten thousand residents; it now has two hundred, and the river was filled with prospectors looking for their fortune. Within two years, the river ran dry of gold, but by that time, almost 300,000 people had come to California looking for gold, or their fortune, in one way or another.

Sutter's Ranch- John Sutter came to the area in 1841 with a land grant of 48,000 acres, where he built a ranch, a fort, and then commissioned a young New Jersey man who'd come west on the Oregon Trail, James W. Marshall, to build a sawmill, and John Bidwell, who led the first wagon train west, to become his business manager. In the fall of 1847, construction on the sawmill began. When they dug a ditch to the river on January 24, 1848, gold came into the picture with the discovery by Marshall of flecks in the American River. Not only did it swell the city of Coloma to ten thousand people, it impacted the large gateway city of San Francisco one hundred and forty miles away. The city grew to twenty-five thousand residents, twenty-five times its former size, in less than two years. An estimated eighty thousand would pass through the city going for gold in 1849 alone.

The California Gold Ranch Expands - Although Sutter's Mill is the best known, and first, of the sites and area where prospectors looked for California gold, other locations swelled in size with prospectors, including the Northern California towns of Yreka and Shasta. Shasta is now also a state historic park.

Image above: Sailing card for the Clipper ship California, heading for the California Gold Rush, G.F. Nesbitt and Company, Printer, circa 1850. Courtesy Wikipedia Commons. Below: Photo above: Gold miners in El Dorado mining camp, circa 1848-1853. Courtesy Library of Congress. 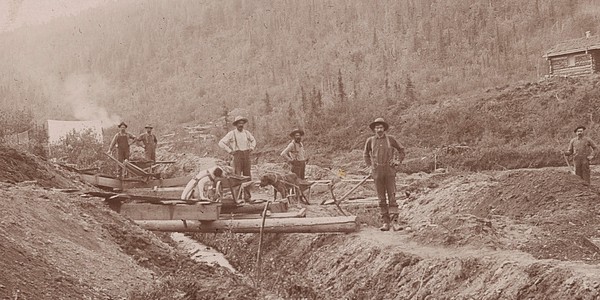 Inside the Park - Take your time to visit the park and discover the gold rush era. Begin your visit at the Gold Rush Museum and Visitor Center, take a guided walk, then walk around the site and town (200 residents still live there). There are twenty historic buildings, plus the mill (below current) and monument to James Marshall.

Outside the Park- The region of the Coloma Valley has many recreational activities for you to choose, including kayaking and white water rafting on the American River. If you'd like more sedate pursuits, there are many hiking trails and places to fish. And wine country is not too far away either.

"I went down as usual, and after shutting off the water from the race I stepped into it, near the lower end, and there, upon the rock, about six inches beneath the surface of the water, I discovered the gold. I then collected four or five pieces and went up to Mr. Scott (who was working at the carpenter's bench making the mill wheel) and the pieces in my hand and said, 'I have found it.'

'What is it?' inquired Scott.

I replied positively, 'I know it to be nothing else.'" 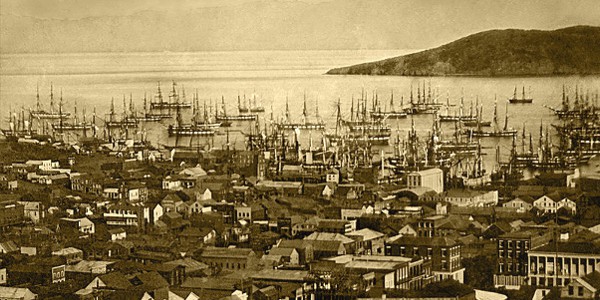 1. Take a walk around the park and see the restored mill, plus twenty other historic buildings from the site where the Gold Rush began.

2. Start your tour in the Gold Discovery Museum and Visitor Center and look at the exhibits that tell the story of the men who panned for gold.

3. Take a gold panning lesson. Might come in handy later in life.

4. Go on a hike. It's a good place to use your feet. The Monument and Monroe Ridge Trails take you to parts of the park that some miss.

One Man Who Worked for Sutter

In 1841, John Bidwell took the first major wagon train from Missouri to California. Little did he know that working for John Sutter as his business manager after arrival would lead him to gold. Find out more about his wagon train story. 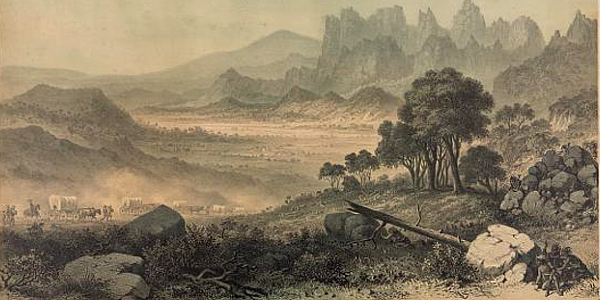 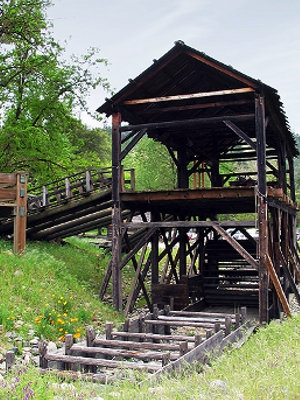 The Gold Discover Museum and Visitor Center - Start your visit here. Look at the exhibits that tell the story of the California Gold Rush and find out more about guided walks of the park.

Sutter's Mill - Not the original, but a replica (photo above) of the same.

Twenty other Historic Buildings - Schools, stores, the and the Gold Rush Mercantile. 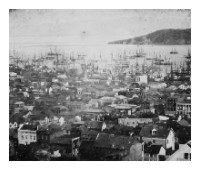 There is no lodging within the park, but lodging and campgrounds are available in the region of Coloma and Lotus with bed and breakfasts, inns, and campgrounds. Check through the Coloma links below or check out the online lodging site of your choice. There's also more accomodations available in Auburn and Placerville. For those coming from Sacramento, a fifty mile trip, additional accommodations are plentiful. 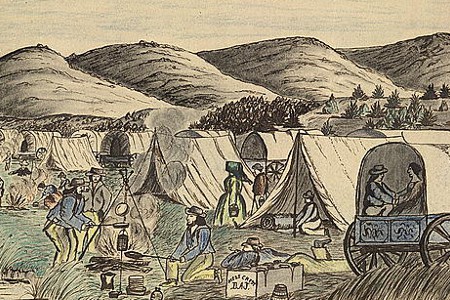