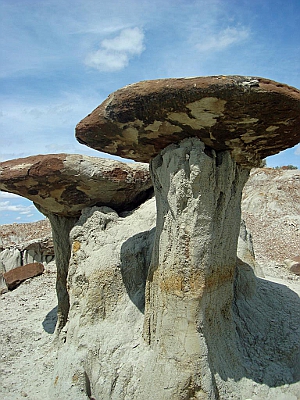 It's funny, but the man who many perceive as the greatest conservationist in National Park history, Theodore Roosevelt, has his namesake national park take a backseat to many of the magnificent lands that dot the western landscape in the states that surround. Perhaps it's becuase it's in North Dakota and not on a highly traveled interstate route, or that it just gets overshadowed by geisers, tetons, glaciers, and others with more well-known names. 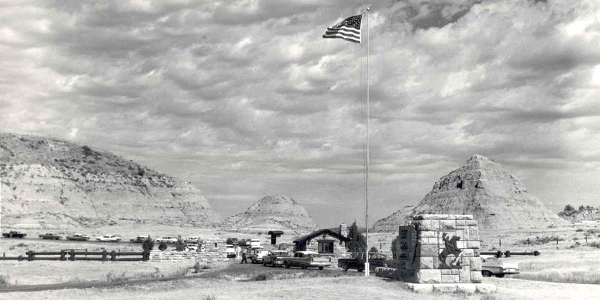 But whatever the reason, or the perception, it's just not fair. Teddy was to preservation as Babe was to baseball, and his park, with those three units in the badland territory of the northern Dakota state, on lands that overlook the Little Missouri River around many turns, plus numerous towns of those adorable prairie dogs, has every right to take its place among the to visit national parks of the plains and Rockies.

Perhaps the most significant structure on the park site is the Maltese Cross Cabin, which, as part of the Maltese Cross Ranch, was owned by Theodore Roosevelt after he had arrived in the area to hunt buffalo in 1883. The cabin was originally built 7 miles south of the town of Medora in the 1800s. Roosevelt worked the ranch prior to his presidency as a working cowboy, and often noted that his experience there gave him the tenacity and will to become president and a Rough Rider. Roosevelt one year later built the Elkhorn Ranch and had ranching interests in the region through 1898. 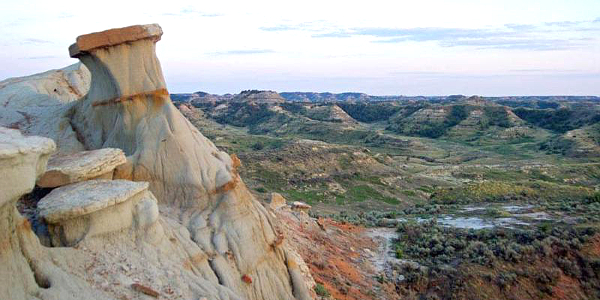 Take time to visit it when you're on you way to or from Yellowstone, or those Grand Tetons, or that Glacier. It's a fun place to vacation, camp, fish, hike, and learn about the history of preservation and the man whose life was both formed by and preserved from his experiences on the land. You'll most likely be glad you did.

There are three distinct units here at Teddy's place. The south unit is the largest and contains two visitor centers, the main one near Medora, North Dakota, and the second at the Painted Desert. There is a second unit at the Elkhorn Ranch, which was Teddy's place during most of his ranch and cowboy days here, and a third in the North Unit, which also has a visitor center near the town of Watford City. There are two scenic drives to take, ranger guided tours, camping, and a whole lot of beauty and history in this North Dakota paradise.

Cabin Travels - Even though Roosevelt had left this original cabin, for the most part, after that first year, the cabin would have a rich and varied life. It traveled around the country, at world's fairs in St. Louis in 1904 and Portland in 1905. It was located for a time at the state fairground in Fargo and later on the state capitol grounds in Bismark. In 1959, it moved to its present location. Photo below right, courtesy NPS. 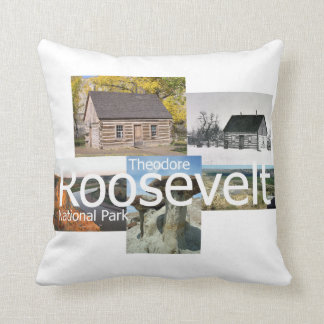 Theodore Roosevelt National Park T-Shirts and Souvenirs from the official merchandise of America's Best History. Great for your next western vacation or planning session. 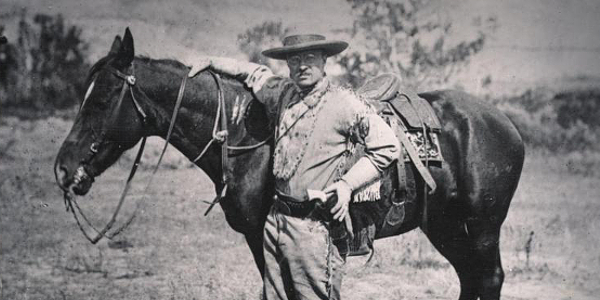 1. Take the scenic drive along the southern loop. It's 36 miles long and includes interpretive signs about the natural and historical features along it. This loop begins at the South Unit Visitor Center. There is a "Road Log Guide" for sale there, too. 2. Visit the Maltese Cross Cabin. Next to the South Unit Visitor Center. Don't miss the ranger guided programs here if you visit during the summer when available. 3. And if you're into taking a ride, ... that is, a horseback ride, then take the time to take a badlands tour by horseback. 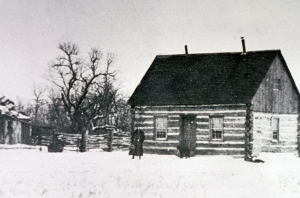 North Unit Visitor Center
Open summer season only. There's a geology film, "An Ever-Changing Land," exhibits, and ranger program, and there is a 14 mile scenic drive here to the Oxbow Overlook

Note: There is no Visitor Center at the Elkhorn Ranch unit. Inquire at the other centers for information and a schedule of activities there. 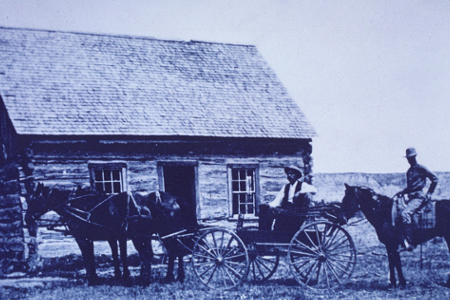 There is no lodging within the park of the motel, hotel, lodge, or bed and breakfast kind, but lodging is available in Medora and surrounding communities in the south, and Watford City in the north. Check out your favorite online lodging site for the lodging type of your choice.

Camping - There are three campgrounds within Theodore Roosevelt National Park, two in the south unit and one in the north. Two of the campgrounds are open year round. There is also the opportunity for backcountry camping with permits required. 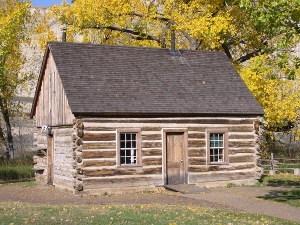