Various fees may be charged for boat tours provided by concessionaires or with the cooperation of the National Park Service.

Weather on the island of the U.S. Virgin Islands is dominanted by the Easterly Tradewinds. Higher rain totals and less wind signify the summer. Check the weather forecast on a regular basis before heading out on the water, the trail, or just sightseeing. 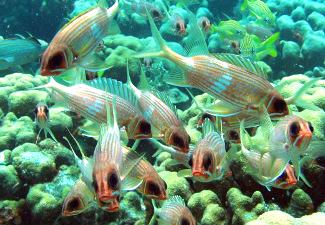 A vacation to the Virgin Islands is thought, by most, to be a Caribbean vacation of sun, sand, water, and beach, and not a national park vacation. And of the three islands that make up the United States version of the archipelago territory of that name, St. Croix, St. Thomas, and St. John, the national park is predominantly occupied on St. John. How occupied? It takes up almost sixty percent of that island. Now, you shouldn't think that your initial reason for visiting the islands, that sun, sand, water, and beach aren't represented in the national park. They are. Add in a coral reef, history of the ruin and discovery of America kind, and a few Visitor Center exhibits, and you've got a Virgin Island vacation/National Park vacation combo. See, you can do both. 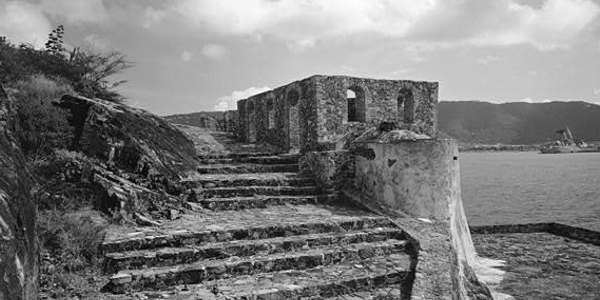 For the history of the Virgin Islands within the national park acres, we'll start with Fort Willoughby. Yes, this is one part of the national park not on St. John, but on Hassel Island, just off Charlotte Amalie in St. Thomas harbor. The island is now a one hundred and thirty six acre separation from the mainland, but prior to the Danish cutting a channel through in the 1860's, it was a peninsula. Fort Willoughby, however, was a British installation, built to replace three earlier defense structures in 1802, Fort Frederik, Fort Shipley, and Cowell's Battery, during the Napoleanic Wars. The British returned the island back to the Danish in 1815.

History of Annaberg Sugar Mill and Plantation. It began as a one hundred and fifty acre land grant from the Danish West Indies and Guinea Company to a French Huguenot refugee, Isaac Constantin, on April 27, 1723. In the 1790's, it was expanded to include the Mary's Point Plantation and Betty's Hope Plantation, reaching four hundred and sixty-five acres. In 1796, James E. Murphy, an Irish born merchant and slave trader bought the property, which now included more land, and built a large estate and sugar mill. He expanded it further, reaching over one thousand acres. After slavery was ended on the island in 1848, the property struggled, although it continued operation at the Annaberg factory until 1867.

How the islands became a United States territory. Well, it started with indigenous Ciboney, Carib, and Arawak tribes, but quickly went sideways once Christopher Columbus named them during his second voyage, landing in the area of the Salt River Bay, on November 14, 1493. This land is now the site of the separate Salt River Bay National Historic Park and Ecological Preserve, which can be visited, along with Christensted National Historic Site, on St. Croix. It would take awhile, however, for settlement to come. In 1672, the Danish West Indies Company settled St. Thomas, then subsequently St. John's in 1694. They became Danish colonies in 1754, including the purchased St. Croix from France. Denmark had unsuccessfully tried to sell the islands to the United States since 1867, but with the advent of World War I and the USA fearing a submarine base by the Germans on the island, the Treaty of Danish West Indies was finalized on January 17, 1917 for $25 million. 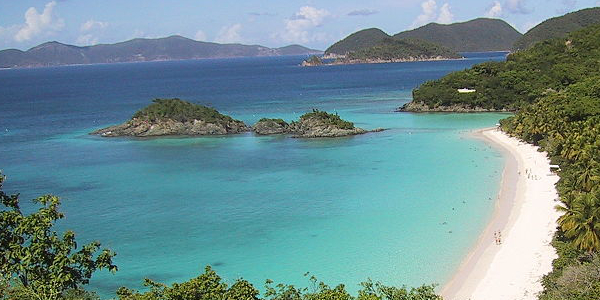 Today the park is a beacon for those that want to play and ply the waters of St. John's, as well as to explore the historic past of the ruins that dot the island. Stop by the Visitor Center to get a good plan to see what's most important to you or just find the best beach to walk. The Annaberg Historic District includes the Annaberg plantation grounds, wayside signs, and a partially restored sugar factory and windmill. At the Reef Bay Sugar Mill Historic District, there's ruins of the mill from the era of two sugar plantations, including the Par Force Estate, which began in 1725. A sugar factory was built and used until 1908. Bay Oil was produced there.

The history of slavery, the sugar trade, and the years of the Danish and English are seen in the ruins throughout the park and island. There's also petroglyphs of the Taino along the Reef Bay Trail. That's history from a far piece further back. 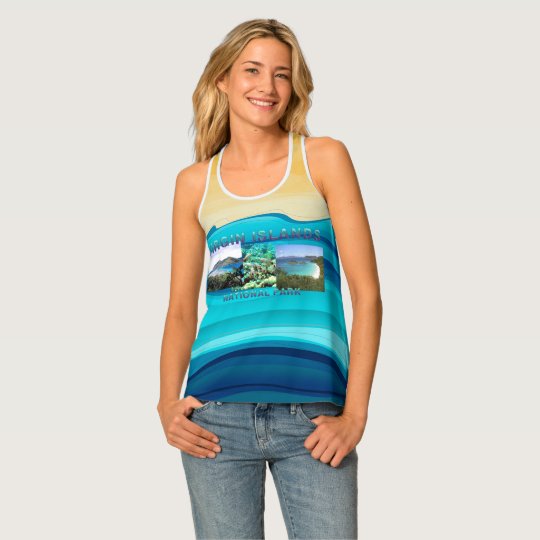 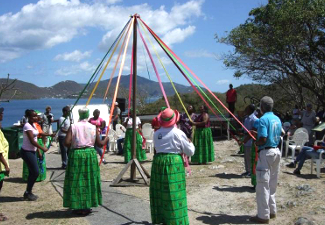 1. Get on or into the water. Whether you like to snorkel, fish, or swim, the beaches and waterways of the Virgin Islands are a delight for the safe and careful visitor. Hawksnest Beach, Trunk Bay Beach, and Cinnamon Bay Beach have more facilities and are located on the west side of the island. Maho Bay and Francis Bay Beach are further east near the center of the island.

2. Hike nature and history. There are twenty trails to choose from in the park. You can self-guide your way around the Lind-Point Trails near the Visitor Center, take in the ruins of the Cinnamon Bay Sugar Plantation, or watch a sunset at Salt Pond, just to name a few.

3. There are also ranger guided hikes along L'Esperance and the Reef Bay Trail. These are over three hours long and include a forty minute boat ride. There is a fee. Currently $40. Other smaller hikes with no fee are available on the topic of Bird Watching and cultural demonstrations at the Annaberg ruins. Check at the Visitor Center for dates and times.

4. Concessionaries around the island also provide Safari Bus taxi tours as well as Kayak and Paddleboard tours. If that's something you're into, they're a great way to experience the island from a different perspective. 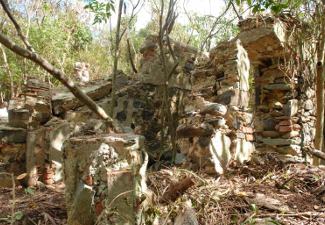 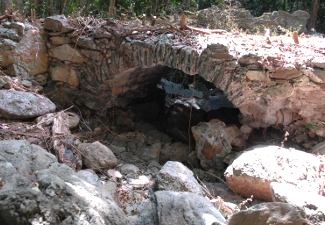 The Visitor Center for Virgin Islands National Park is located at 1300 Cruz Bay Creek, St. John, VI 00830 on the west side of the island at Cruz Bay. There are no airports on the island, so you must take a car or people ferry from Redhook on the east side of St. Thomas. The ferry takes twenty minutes from Redhook. It's a two block walk from the dock to the Visitor Center.

Photo above: L'Esparance Bridge along the L'Esperance Trail. This trail follows the old Danish Road past many ruins of the early St. John plantations. Below: Overhead view of the Annaberg Plantation. Both photos courtesy National Park Service. 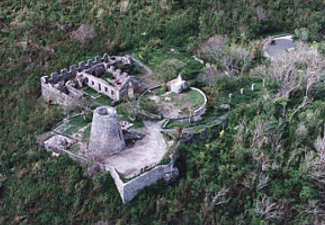 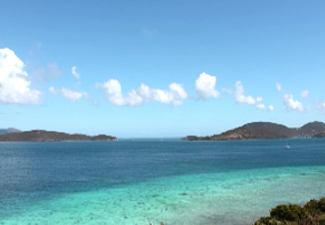 You can stay or camp in the national park at the Cinnamon Bay Resort and Campground. They have forty cottages, fifty-five eco-tents, and thirty-two tent platforms and other campsites. Cinnamon Bay is located in the north central portion of the island and park. For other places to stay on St. John or in the Virgin Islands, check your favorite online lodging site for the motel, hotel, or other lodging type of your choice. There are numerous resorts and vacation villas near the park. 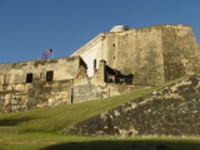