This is northeast mountain California weather, although more temperate than higher elevation locations. High temperatues in July and August that reach the mid-90s most days. High temperatures in the winter usually reaching close to fifty, but it does get snow and cold weather, so please check with the current local forecast when you come to stay abreast of the needs for your stay. 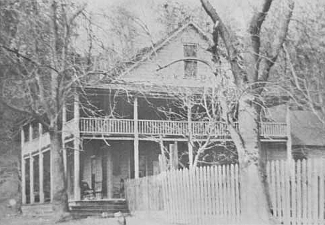 It's northern California and a bit warmer than the climate in the Trinity-Shasta National Forest that surrounds it and forms part of the recreation area available for your visit. There are places in this natural wonder, beyond the drive around and water of the lake, that are so remote, that until several years ago, a major waterfall, the Whiskeytown Falls, had never been reported as seen by man, well, at least for forty years. Considering this park is located between well known Redwood National Park and Lassen Volcanic, that's almost hard to believe, but it is true. For most, you'll come to Whiskeytown for recreation of the fish and boat kind, or a hike to some remote places. No matter why you come, you'll marvel at the nature that abounds at every corner. But there's history here, too. Don't forget to save a little time to wander around the Tower House Historic District and learn a bit about the gold that once called Whiskeytown home. 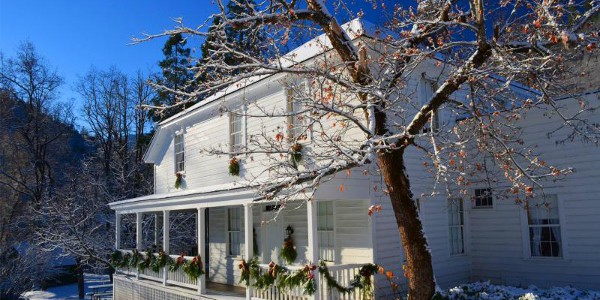 It may be dominated by a lake, but that's not the only feature. Shasta Bally, the mountain, rises 6,209 feet above the earth's surface, framing the park. And there's history of the gold mining type in the area around the Tower Historic District, the Camden House, and the El Dorado Mine. But, yes, much of the recreation here is water based among the thirty-six miles of shoreline. Kayaking, water skiing, swimming, boating, and fishing take a good deal of the park visitation resources. One odd quality is that personal watercraft, jet skis, is not allowed. Check with the park visitor center for what that actually means about other craft. One thing's for sure, there are some very unique Ranger guided activities in the summer; take them up on an astronomy night or a kayak day, or both. 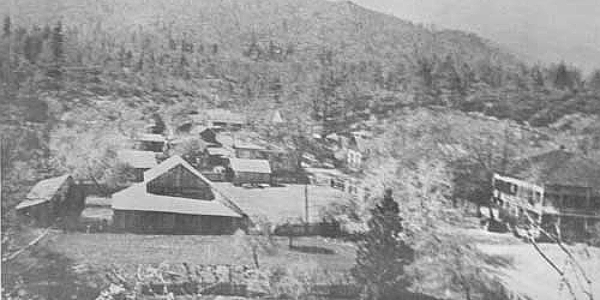 Levi Tower - Born in Rhode Island, Tower boarded the ship Edward Everett, traversed the Cape Horn, and docked in San Francisco in 1849, searching for treasures of gold. By spring of the next year, Tower, joined by Charles Camden, traversed to northern California, walked five days, and ended up along the Trinity River. In 1852, Tower bought a trading post at the junction of Clear and Crystal Creek, and added a twenty-one room hotel. The Tower House was regarded as the best hotel in northern California. Less than one year later on November 11, 1852, his sister married Charles Camden in a double wedding with brother Levi and his wife. The Tower House became a staple with orchards and a stage coach stop. Tower would lose the house in 1859 due to bad business deals. Brother-in-law Camden would buy it, allow Tower to run it, and own it until 1869. The hotel would be destroyed in 1919. Additional source: Levi H. Tower and the Tower House by Joel N. Fowler.

Charles Camden - By 1850, Camden was thirty-three years old, three years senior to Tower, when they would meet and traverse to Clear Creek. Camden built a cabin there in November 1850, and began an entreprenuerial career that included panning for gold, operating a sawmill, building a toll bridge across the creek, and owning the Tower House after Levi lost it. How much were the tolls and how long did he collect them? Try 10 cents to walk, 25 cents to ride, $1.25 for a wagon. Try fifty years. How much did Camden make from gold mining? Try $80,000 over 18 years. He would build the Camden House in 1852, still standing, for Tower's sister Philena.

The El Dorado Mine - When mining for gold on the surface fizzled, it became necessary to go underground. In 1885, William Paul founded the El Dorado mine, five hundred feet deep, and various people ran it until 1967. The El Dorado mine was not considered extremely successful, making thousands, not millions of dollars.

The Camden House - Located in the Tower House Historic District, the Camden House remains today as a reminder of the times, 1852, when the vibrant community of miners ruled the roost. Summer tours are conducted here, as well as holiday events.

The Waterfalls and their Trails - Brandy Creek Falls is the smallest at only 20', but the trail is 1.5 miles and moderate in difficulty. Walking to Boulder Creek Falls requires crossing three no bridge creeks and 2.75 miles of foot wear; the waterfall is 138' high. The trail to Whiskeytown Falls is 1.7 miles long and the waterfall 200' high. Crystal Creek Falls, 40' high, has the easiest and shortest trail at a quarter mile. Plenty of other trails, without waterfalls, exist throughout the park, some climbing toward the top of Shasta Bally; some as long as seven miles.

Whiskeytown Lake - Is actually a reservoir created in 1963 and the focal point of the park today. 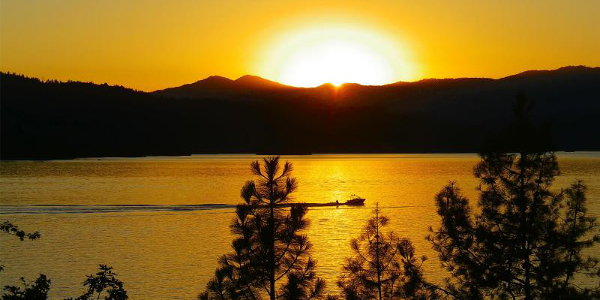 1. Take the Waterfall Challenge. Hike, bike, or ride your horse to all four of the waterfalls in the park and recieve a special stamp at the Visitor Center for your effort.

2. Visit the Visitor Center. Great place to orient, view exhibits about the park, get permits, and check into what Ranger tours might be on the docket for the day. These ranger tours are predominantly only summer oriented, but when they are available can get you on the water, peering into the night sky, or learning about the gold miners who came west.

3. Take the drive around the lake. For those that might like a more sedate, but just as interesting diversion, drive the circumference of the lake. There's lots to see. Going north on California 299 from the Visitor Center, you pass the road to Whiskey Creek, then arrive at Oak Bottom. Camping, an amphitheater that hosts some ranger programs, and picnic facilities are located there. Continue on Route 299 and you come to the Tower House Historic District where the Camden House and the El Dorado Mine are located. Double back a couple miles to South Shore Drive. On the western side of the lake, you'll see the Judge Carr Powerhouse, Crystal Creek, the Clair A. Hill Whiskeytown Dam, and the Kennedy Memorial. Whiskeytown and other National Park T-Shirts and Souvenirs from the official souvenirs of America's Best History. Great for nature, national park, and heritage history fans. 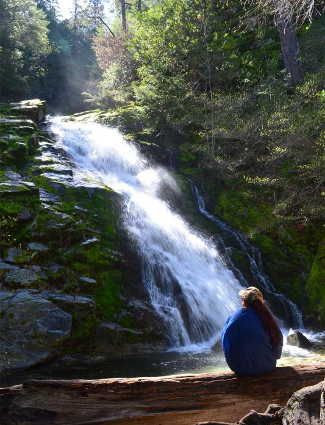 Whiskeytown Visitor Center - Open daily, except certain holidays, and located on the east side of the lake just inside the park off Highway 299. It's a great place to start your Whiskeytown journey with information, exhibits, a gift shop, and native garden. In summer, from mid-June to Labor Day, inquire about the ranger programs at Whiskeytown, with more than a few of the water or kayak kind.

Camden House/Tower House Historic District - Located in the northeast corner of the park, this historic district tells the story of the Camden and Tower families, their role in the gold rush, and post-gold rush times. Summer guided tours available.

Whiskeytown Falls - Yes, it's been there for a lot longer than the several years ago discovery, and there's talk that a few knew of it before, but didn't tell. In either case, the two hundred and twenty foot falls is one of the pleasures at Whiskeytown National Recreation Area. 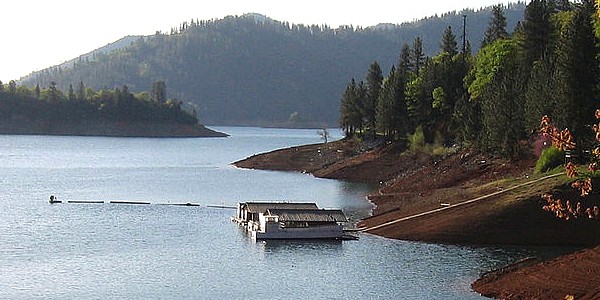 Camping - There's tons of camping options here with one defined campground for tents, Oak Bottom Tent (94 sites), and two for RV's, Oak Bottom RV (22 sites) and Brandy Creek RV (37 sites). The Oak Bottom sites are in separate locations with some lakeside locations. None of the recreational vehicle sites have hookups. Primitive camping not near the lake is allowed at other defined sites, fee required at twenty-six sites with fire rings, tables, and restrooms at Peltier Bridge, Horse Camp, Brandy Creek, Sheep Camp, Crystal Creek and Coggins Park. There is also a group campground at Dry Creek. Backcountry camping is allowed at Whiskeytown National Recreation Area with a free permit. Most campgrounds, but not all, are open year round.

The park address is 14412 Kennedy Memorial Drive, Whiskeytown, CA 96095, which is on the west side of the lake. For the Visitor Center, it's Highway 44 West off Interstate 5 to Redding, then Highway 299 west toward Eureka for 8 miles to the Visitor Center. How far from other parks? From Redwood National Park, one hundred and thirty-six miles, ... about four hours. From Lassen Volcanic National Park, fifty-five miles, ... a little over an hour.

There are some who consider the Shasta-Trinity National Forest next door as part of the Whiskeytown National Recreational Area, which in many ways it is. Lots of camping and outdoor recreation is located here with defined campgrounds, dispersed camping, and even camping cabins. 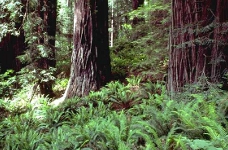