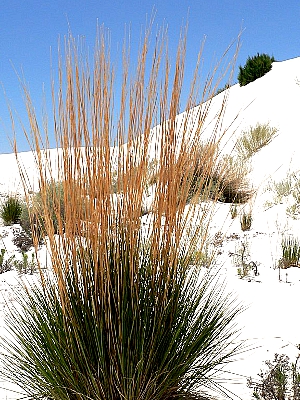 Rising all around this spectacular landscape are dunes. High, sandy, dunes. As if you were taking part in a remake of Lawrence of Arabia for some Hollywood mogul casting Justin Bieber as Lawrence, mounting a camel in a Saudia Arabia fantasy that includes you as king or queen, or just treking to a pyramid like a tourist. But this is New Mexico, in the United States of America, and it seems incongruous that these white sparkling sand dunes should be here. But they are. And they should be visited. And White Sands, as of December 20, 2019, has been upgraded from its National Monument status of 1933, to a full scale national park. 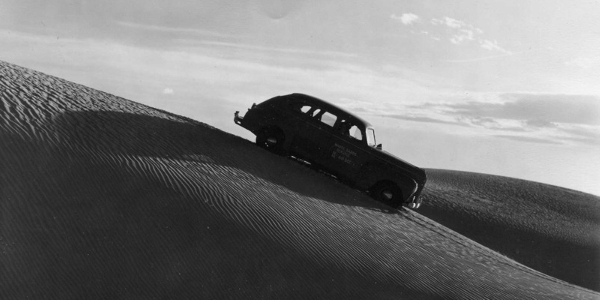 It's only been the story of 20,000 years of so, since the time of the ice age when this land, the Tularosa Basin, was eventually settled 10,000 years later by hunters looking for bison on the grasslands of the salt lake, Lake Lucero. There were settlement here for nearly 10,000 years, as the land became more and more arid. By the year 1350, there were almost no people in the region. Later, Mescalero Apaches would resettle there, and there were attempts during the western migration period to establish salt, gypsum, and ranching concerns in the general area, some of which succeeded, while others (gypsum) really did not. It's a bit of a park that people don't know much about. Oh, those over one half million visitors know and love it, but for the rest of the nation, the word hasn't really seeped into the vacation packages of most tour operators who even ply the trade in the desert southwest. Yes, there is that Grand Canyon, Zion, and the Indian ruin parks which get more love, but if you come here, and you should, we think it just might be one of those surprising experiences that you'll talk about for a long time. White sand dunes across the horizon in the USA, who'd have thought about that. Hot white sands dunes to visit, explore, and have fun around, and you don't even have to remember your Lawrence of Arabia lines, unless you want to.

The monument was established by Herbert Hoover on January 18, 1933. You'd think it was newer, with its relatively unknown status, but it's not. And the dunes have been around, of course, for a whole lot longer. It encompasses over 140,000 acres of the Tularosa Basin and provides a grand example of an ecosystem not found almost anywhere else in the United States. You can explore this sandy scene in a variety of ways, starting at the historic adobe visitor center, on walks by yourself or with a ranger, on bike rides during special events, or in your car.

So take the time to enjoy the dunes of america, whether on a Sunset Stroll, on a Patio Talk, during a special event like a Full Moon Bike Ride, or even a Balloon Invitational, usually held in mid-September. It may be one of your favorite national park experiences by the end of your stay, and yes now, in late 2019 and beyond, it will be truly National Park in status. 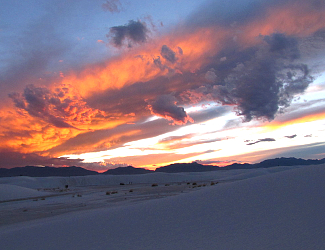 1. Take the sunset stroll. For one hour as sunset hits the dunes, walk with a park ranger across the sand and learn about the geology and park while witnessing some spectacular sites.

2. Drive through the park on the Dunes Drive, an eight mile drive that takes about an hour to see, including stops at the various wayside exhibits and pullover spots.

3. Go on the Lake Lucero tour. If you're lucky enough to be in the area during these once per month tours, and have reservations to boot, then this three hour tour to the dry lakebed of Lake Lucero is a treat. Plan in advance if this is something to your liking. The schedule of dates is on the White Sands National Park official website. 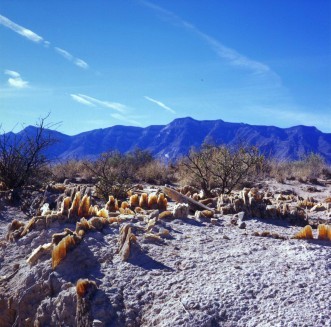 White Sands Visitor Center The visitor center is the location where you can orient yourself to the park with a video, museum, and ranger questions. The visitor center architecture itself is a special treat with its adobe style, all built within the WPA projects of the depression between 1936 and 1938. How much did it cost to build? Try $31,600. There are eight buildings within the White Sands National Park historic district surrounding and including the visitor center.

Heart of the Sands Nature Center - Located at the end of the Dune Drive, this center is open with irregular hours, but if open, highlights the plans and animals of the region. 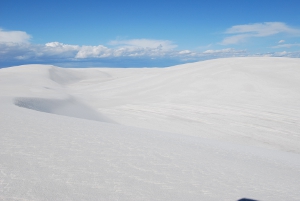 There is no lodging or campgrounds within the park, with the closest of both being in Alamogordo fourteen miles away. You can backcountry camp in the park on a first come first serve basis, however, and there are campgrounds, private and public, in the surrounding area, including those at Oliver Springs State Park and Lincoln National Forest.

You can check the link to the Alamogordo Chamber of Commerce there below for possibilities. You can also stay further out, with more options, in the Las Cruces area, an hour plus (52 miles) from the park. 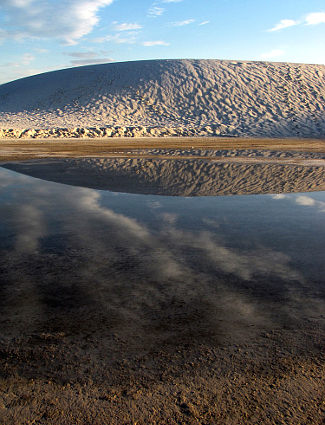 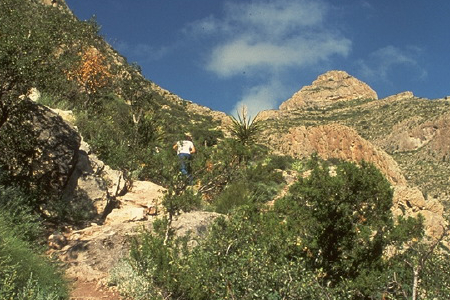