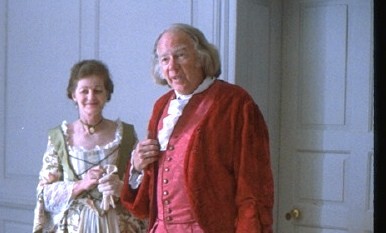 One of the least realized facts in American history is the time it took for the Continental Army of George Washington to win the War of Revolution. When the final major land battle of Yorktown had been won, it had been over six years since the Declaration of Independence had been shouted from the streets in Philadelphia to the new nation. Even after Cornwallis had surrendered at Yorktown on October 19, 1781, the days of fighting amongst the variety of combatants now on the side of the American Revolution, forming the new government, of drafting the Constitution, and installing its first president, would take nine years more. It was hard work forming a nation, fifteen years of hard work, one based on equality, and democracy, and freedom. What the men of the Revolutionary Army with General George Washington essentially began at the Battle of Yorktown was an experiment of historic proportions, which continues today. 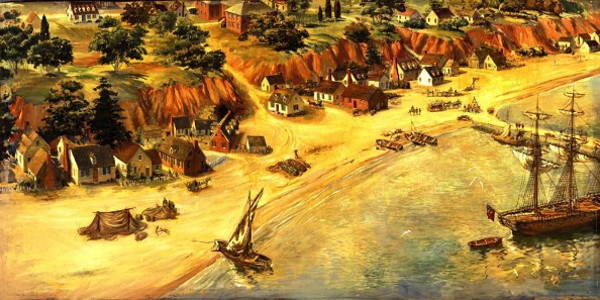 The Revolutionary War took place among a small group of soldiers, approximately 15,000 on each side. It was contested along the eastern seaboard, from Bunker Hill to Saratoga to Montreal. There were battles across the state of New Jersey at Princeton and Trenton, and campaign in the south and West from Charleston to Vincennes. It would all culminate at Yorktown, five years after the first shot had been fired on April 19, 1775. Washington had been given the French troops under Lt. General Jean de Rochambeau and the combined forces headed into Virginia to confront Cornwallis at his base of operations at Yorktown. By September 28, 1781, Washington's force of 17,000 men had surrounded the city. His attack began on October 6, and the siege preventing food and supplies went into effect. Without a route for escape, Cornwallis had no other recourse than to surrender his 8,000 men to Washington. This act caused the British Prime Minister, Lord North, to resign his position, and the new government to begin negotiations for peace.

Historic Dates of the Revolutionary War and U.S. Independence

April 19, 1775 - Revolutionary War begins when Colonial troops clash with British soldiers at Lexington, Massachusetts. July 4, 1776 - The Declaration of Independence is pronounced in the streets of Philadelphia.
December 19, 1777 - Washington and his soldiers make winter quarters at Valley Forge.
February 6, 1778 - The French form an alliance with the United States.
October 7, 1780 - American frontier fighters storm the British at Kings Mountain.
October 19, 1781 - British forces under Lord Cornwallis surrender to Washington's American forces and their French allies at Yorktown, Virginia.
January 14, 1784 - Congress ratifies the final peace treaty between Great Britain and the United States, ending the conflict that would give America its freedom.
May 25, 1787 - With George Washington presiding, the Constitutional conventions opens in Philadelphia's Independence Hall.
June 21, 1788 - Ratification by New Hampshire of the United States Constitution, the 9th state to do so, indicates adoption of the document by the United States.
April 30, 1789 - The 1st President, George Washington, is inaugurated in New York City. He had been chosen president by all voting electors (there was no direct presidential election) with John Adams elected Vice President.
January 8, 1790 - The first State of the Union address is given by president George Washington. 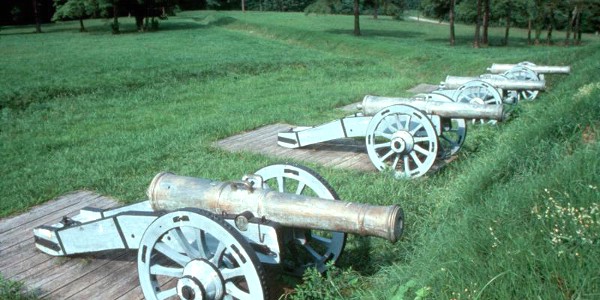 Colonial National Historical Park - This park contains over 8,000 acres on a variety of historic sites from Yorktown to Jamestown. The park has four distinct units; Cape Henry Memorial, Historic Jamestowne, Yorktown, and the twenty-four mile Colonial Parkway that connects them, as well as Williamsburg. This national park is considered to be the Beginning (Jamestown) and End (Yorktown) of English Colonial America. 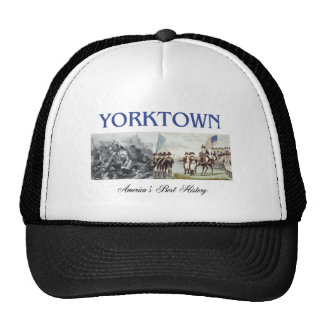 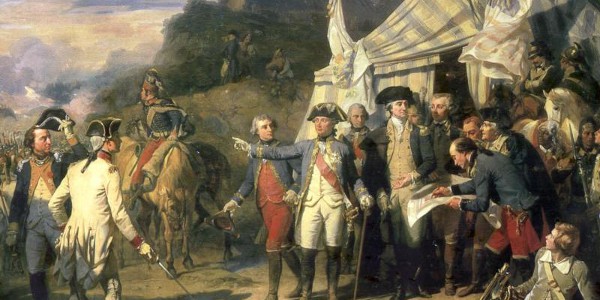 1. Both visitors centers at Yorktown and Jamestown have films that will orient you with the sites. Take the time to view them and get your first impression of the history that was made here.

2. Visit the indoor galleries of the Yorktown Victory Center and the effect the war had on ten men and women who witnessed the Revolution.

Yorktown - Learn more about the siege of Yorktown at the Visitor Center with films and exhibits, plus Ranger Guided Walks.

Cape Henry Memorial - This small unit, only one quarter of an acre, marks the approximate site where the Jamestown settlers first landed.

Colonial Parkway - If you're traveling between sections of the park, or over to Colonial Williamsburg, you can't avoid the parkway. This twenty-four mile road, completed in 1957, takes you between the York and James River, through pine and hardwood forests, as well as estuaries. It is free from modern commerical development.

Image above: Lithograph of the capture of Yorktown, showing the violent struggle between British and American troops during the siege. Washington Bicentennial Commission, circa 1924. Courtesy National Archives.

Both the Yorktown and Jamestown units of the Colonial National Historical Park are within an hour or so drive of a ton of accommodation, whether that be in Williamsburg, Norfolk News, or Richmond. The Colonial Parkway takes you to both units of the park, through Williamsburg, and you'll be close to the Busch Gardens area as well. As far as camping, there's a Newport News Park campground near the Yorktown unit as well as a Jamestown Beach Campsites near the Jamestown area.

Image above: Philadelphia's Independence Hall. What had begun here five years earlier had now had its freedom from imperial rule won.

Image above: Surrender to George Washington of Cornwallis forces at Yorktown, October 19, 1781, 1845, James Baillie. Courtesy National Archives. Below: Military costumes of the American Revolution with George Washington, British, Hessian, French, and Indians in a painting by John Benson Lossing, circa 1876. Courtesy Library of Congress.

Cornwallis himself did not attend the surrender ceremony. His second in command, General Charles O'Hara, actually carried the sword to the surrender. 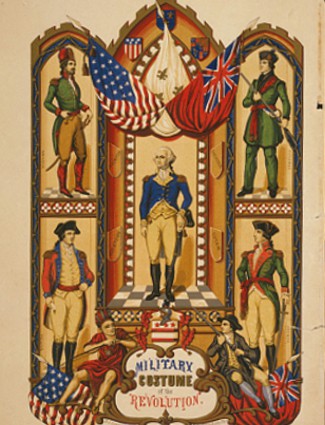