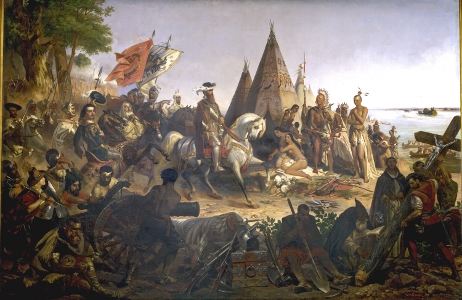 August 8, 1508 - First European colony and oldest known European settlement in United States territory is founded at Caparra, Puerto Rico, by Ponce de Le&oacuten. It becomes the first capital of the island with Ponce de Le&oacuten as its governor. Caparra would be abandoned in 1521. 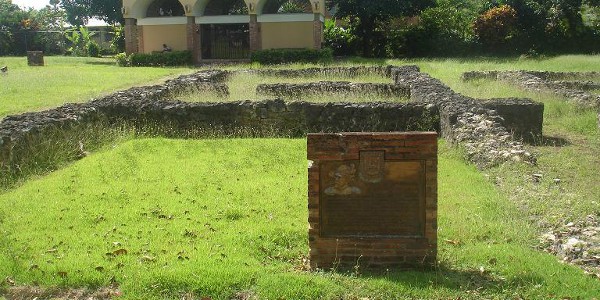 Ponce de Le&oacuten had been to Puerto Rico before on the second voyage of Christopher Columbus in 1493. He'd been one of two hundred volunteers to anchor at the island, known by the natives as Borinquen, but spent much of his next years with the colonial governor of Hispaniola (Haiti), N&iacutecolas de Ovando. Given a land grant and named provincial governor of a portion after assisting Ovando in subjugating the natives there, he learned of riches in Puerto Rico and was granted permission to explore it.

In 1508, Ponce de Le&oacuten made his second expedition to the island the Spanish called San Juan Bautista, the first official expedition granted by King Ferdinand II. Some accounts note an initial unofficial expedition in 1506. With fifty men, he left Hispaniola on July 12, 1508 and anchored in San Juan Bay. Two miles inland, he chose the site for a settlement. Caparra was founded on August 8, 1508 with a fortified house and storehouse, becoming the home base for his exploration of the island for gold.

Ponce de Le&oacuten returned to Hispaniola, but came back to Caparra after August 14, 1509 when King Ferdinand II confirmed his appointment by Ovando as governor. He brought his family and began to extend the settlement, using the native Tainos as forced labor in the fields and gold mines. Conflicts with the Tainos arose, but were put down by Ponce de Le&oacuten and his men. Conflicts with the new Viceroy of Hispaniola, Diego Colon, the son of Christopher Columbus, arose, leading to Ponce de Le&oacuten's fabled 1513 journey contracted by Ferdinand to explore lands outside Colon's pervue.

While away for his Florida discoveries, Caparra suffered. During his eight month journey, Caparra was burned to the ground by natives, known as the Caribs, from a neighboring island with several Spaniards killed in the raid. His home was destroyed, but his family escaped harm. By 1521, Caparra was abandoned, replaced as a settlement by its neighbor, San Juan. It is now an archaeological site and United States National Historic landmark, located west of metropolitan San Juan on the grounds of the Museum of the Conquest and Colonization of Puerto Rico.

Prior to his efforts in exploration, Ponce de Le&oacuten was a soldier, fighting against the Moors in Granada for Spain in the reconquest of Spain in 1492.

September 1493 - Left Spain with one thousand two hundred colonists on Christopher Columbus' second voyage to the New World. Arrived November in Hispaniola and anchored for a time in Puerto Rico.

1503 - Ponce de Le&oacuten is assigned the job of stopping a rebellion of the Tainos natives in the Hispaniola province of Higuey by Governor N&iacutecolas de Ovando. Awarded governership of Higuey after victory, as well as land grant. It is unknown whether Ponce de Le&oacuten returned to Spain during the interim years, but may have, returning with Ovando.

August 14, 1509 - Appointment by Ferdinand II as governor of Puerto Rico.

November 28, 1511 - After two years of struggle between Diego Colon and Ponce de Le&oacuten, Colon returns from Spain as governor of Hispaniola.

March 4, 1513 - Ponce de Le&oacuten expedition under contract to King Ferdinand II to explore the islands of Benimy, land not under control by Diego Colon. Sights land of la Florida near present day St. Augustine on April 2.

October 19, 1513 - Returns from his trip to discover Florida to find Caparra has been attacked by the Caribs. Ponce de Le&oacuten leaves Puerto Rico in April 1514, returning to Spain, and is knighted by Ferdinand II.

May 14, 1515 - Leaves Spain with armada of three ships to subdue the Carib uprising. Several encounters occur.

February 20, 1521 - Ponce de Le&oacuten, having returned to Spain after demise of King Ferdinand II to reestablish his New World claims, returns to Florida with two ships and two hundred men, landing near the Caloosahatchie River. They are attacked by Calusa natives; Ponce De Le&oacuten, wounded, returns to Cuba, but dies. 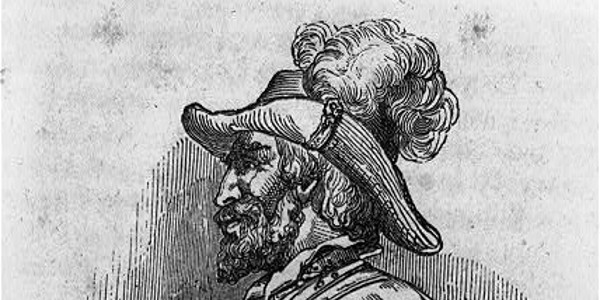 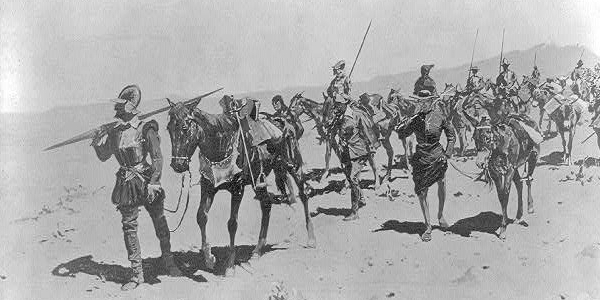