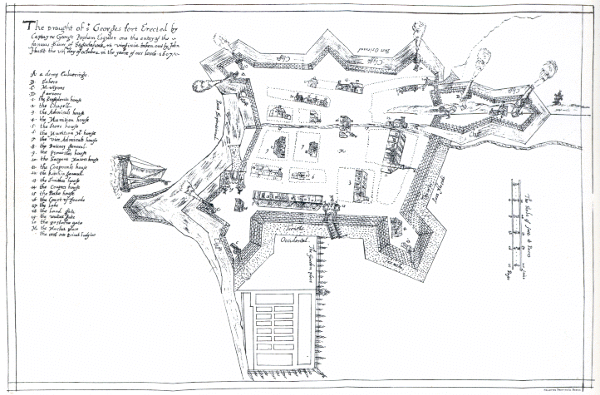 The English were attempting to colonize the Atlantic Coast of North America before the French, to the north, or the Spanish, to the south, who had claimed the entire coast, could establish further settlements. The Spanish had succeeded, thus far, with St. Augustine, but both the French, with St. Croix Island in 1604, and the English themselves at Cuttyhunk Island in 1602, had failed in the north, as well as the English failure with the Roanoke Colony in North Carolina the century before. They would fail again.

The Virginia Company had been granted a royal charter by King James on April 10, 1606. The company had two competing parts; The Virginia Company of Plymouth, which had rights in the north, 38-45 degrees N, and the Virginia Company of London, which had rights to 34-41 degrees N. Yes, they overlapped. The first company "strong enough" to have a successful colony in their proprietary area would gain the rights to build a second colony in the overlapping area. The missions were to colonize, find a northwest passage to the Orient, mine gold, fish, trade fur, and build ships from American forests.

The first attempt of the Plymouth portion headed by Captain Henry Callons with one hundred colonists was captured by the Spanish in Florida in 1606. The colonists were taken back to Spain and made into slaves. This left open the door for the London Company, who succeeded in their landing at Jamestown on May 4, 1607. Of course, landing there did not prove long-term success. The Plymouth Company headed out on a second voyage from Plymouth, England on May 31, 1607 with one hundred and twenty colonists on two ships, the Gift of God and the Mary and John. Leader of the expedition was George Popham, nephew of the main backer of the trip, Sir John Popham, Lord Chief Justice of England.

By mid-August, August 19, both ships had arrived near the mouth of the Kennebec River (known then as the Sagadahoc) near today's Phippsburg, Maine. They quickly built a star-shaped fort, Fort St. George, with nine guns, on a bluff above the coast, which is now part of Popham Beach State Park, eighteen buildings, including a chapel, and set about to achieve their goals. They were successful in building the first ship in North America, the ironically named Virginia of Sagadahoc, a pinnace of about thirty tons, which would make two trips back to England under the command of James Davis (Davies). One of those trips would be the Third Supply mission to Jamestown in 1609. That was one of the few successes that they would have.

George Popham and his second in command, Raleigh Gilbert, half-nephew of Walter Raleigh, sent excursions into the wilderness to meet with the local tribe, the Abenaki, part of the Algonquian, but could not gain cooperation. Their late summer arrival meant a late planting of food to augment their supplies in an area of a shorter growing season than that of Jamestown, therefore there was little food left for winter. In December, half of the colonists returned to England on the Gift of God. During the winter, the Kennebec River froze and the colony fractured. Half supported Popham; half behind Gilbert. When George Popham died on February 8, 1608, Gilbert rose to Colony President. He was twenty-five years old.

Within a year, supply ships returned with news of the death of Sir John Popham, as well as a relative of Gilbert, leaving him heir to the Compton Castle of Devon. Without their backer and more waiting for Raleigh Gilbert back in England, Gilbert and the remaining forty-five colonists left on the Mary and John and the Virginia of Sagadahoc on September 30, 1608, and returned to Plymouth. They arrived there in the middle of December. Twelve years later the Plymouth Colony would be established with the arrival of the Mayflower.

The Admiral's house, storehouse, and a storage building have been uncovered, found in 1994-5 by the Peabody Essex Museum, and can be seen in a small public park west of Fort Popham, a Civil War fort that is now a State Historic Site.

Who Were the Colonists

Among the one hundred and twenty colonists who arrived at Kennebec, there were what were described as Gentlemen of Quality; Council Members including Captain George Popham, President; Captain Raleigh Gilbert, Admiral; Captain Edward Harlow, Master of Ordnance; Captain Robert Davies, Sergeant-Major and Captain of the Mary and John; Captain Ellis Best, Marshal; Captain James Davies, Captain of the Fort; Captain John Elliot, Captain of the Gift of God; Mr. Robert Seamon, Secretary; and Mr. Gome Carew, Chief Searcher of Mines.

When the remaining members of the Popham Colony returned to Plymouth at the end of 1608, they were asked, on January 27, 1609, whether they wanted to return to North America under the second charter of Jamestown. Some, including Robert and James Davis (Davies) agreed. 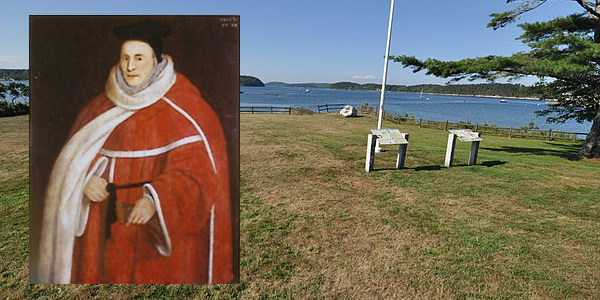