March 17, 1614 - Governing body of the Republic of the Seven United Netherlands proclaims exclusive trade and furthur exploration between the 40th and 45th parallel, New York to Maryland, to New Netherlands Trading Company for three years. They were all getting into the act, that is, of exploring the New World, making preparations for settlement, then settling land that was not theirs to proclaim, or theirs to settle. However, that did not stop the kingdoms and nations of Europe from making blanket statements of ownership to lands of certain areas. The British were in Jamestown and soon to be Plymouth. The Spanish were all over the Caribbean, Florida, and the desert southwest. France, yes, they were in New England as well, and parts further north into today's Canada. And now, the Netherlands, or at least those Seven United parts of it, were staking claim to the 40th to 45th parallel. They were laying claim to lands near Henry Hudson's trip on the Half Moon (Halve Maen), an 80 ton sailing vessel up the Chesapeake Bay, Delaware Bay, and Hudson River five years earlier. Hudson was on a mission to find a northern passage to China and India.

The Republic of the Seven United Netherlands, i.e. the Dutch Republic, had been established on July 26, 1581 after pulling away from Spanish rule with their Act of Abjuration. This included the regions of the Duchy of Guelders, County of Holland, County of Zeeland, Lordship of Utrecht, Lordship of Overijssel, Lordship of Frisia, and Lordship of Groningen. Each province had its own government and was very independent. The whole had one and one half million residents and is considered the first independent Dutch nation. One common goal and talent was seamanship and world trade. Within twenty-five years, it was apparent, the Seven United Netherlands, through their partnerships with companies such as the Dutch East India Company (founded 1602), Dutch West India Company (1621), Northern Company (1614), and the New Netherlands Trading Company (1614), would join the fray to trade with, explore, and colonize what was becoming the New World.

Once Hudson returned from his exploration, other trading companies were eager to send their vessels to exploit the fur trade and explore. It was soon apparent that a monopoly charter would be required to keep down the disputes in the newly founded Dutch territories. The States General decided that a patent should be issued for four voyages covering three years. Issued on March 14, 1614, the patent would expire on January 1, 1618. The official victor of the patent, the New Netherlands Company, was a conglomerate of traders from Amsterdam and Hoorn. On October 11, 1614, the New Netherland Trading Company was officially chartered. The official start of the patent would not begin until January 1, 1615. After those three years, the patent would not be renewed. After 1621, the Dutch West India Company would be the official trader and colonizer of the Netherlands territories in North America.

However, during its official charter, the New Netherlands Trading Company accomplished more than a few of its goals on their four voyages to the territories that would span the Delmarva peninsula to Cape Cod. Their influence would extend into today's states of New York, New Jersey, Delaware, Connecticut, Pennsylvania, and Rhode Island. They built Fort Nassau, the first official Dutch settlement, in today's Albany on what they called the North River (Hudson River) in 1614-5 on Castle Island. It was 58 feet wide on each side. Due to flooding at the site, that fort was abandoned by 1618. Perhaps important to note here is that in the chronology of colonization of New York and New England, Fort Nassau was established six years prior to the Plymouth Colony by the Pilgrims.

The New Netherlands Company traded with the Algonquin tribes in the area; Lenape, Wecquaesgeek, Hackensacks, Raritans, Canarsee, Tappans, Munsee, and Susquehannocks. They surveyed the Delaware Valley in 1616 from the Delaware Bay north up the Delaware River, then known as the Zuyd River or South River. 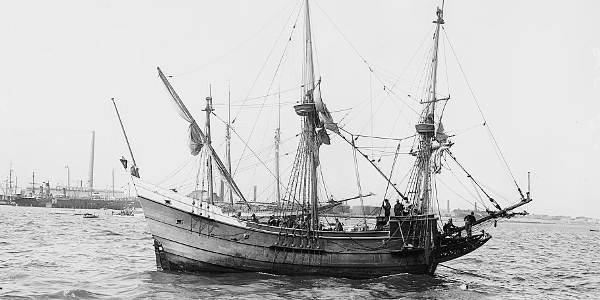