September 15, 1655 - Colony of New Sweden in today's Delaware, Pennsylvania, and New Jersey is defeated by Dutch and incorporated into the Colony of New Netherlands.

One of the least known components of colonial America, even for residents of the area where New Sweden existed, i.e. Delaware, Pennsylvania, and New Jersey, is that there was a Colony of New Sweden at all. Squeezed within the territory that England claimed as the Colony of Virginia, which extended from New England to the Carolinas, and the already broached colony that the Dutch had crafted in New Amsterdam (New York City) and environs, New Sweden had been settled on March 29, 1638 on Swedes Landing, Wilmington, Delaware, by Peter Minuit (yes, the former governor of New Amsterdam) and twenty-four men, brought on two ships, the Fogel Grip and Kalmar Nyckel, after a four month journey that began in December 1637. Minuit negotiated with the local tribes (Lenape, Minquas, and others) for land, and stated he would settle with the Dutch for the rights. They agreed, although not on the amount of land. Minuit thought he had bought sixty-seven miles of Delaware River frontage; the chiefs of the tribes thought sufficiently less. A fort was built, Fort Christina, and six hundred colonists eventually arrived from Sweden and Finland.

Who did not agree? The Dutch. Willem Kieft was the Director of New Netherland in 1638; he objected. Minuit did not care; knowing the Dutch were weak militarily in the colonies at the time. Settlement of New Sweden expanded beyond Delaware into New Jersey with Fort Elfsborg near today's Salem, and Pennsylvania just south of Philadelphia with Fort Nya Gothenborg on Tinicum Island, over the next fifteen years.

However, by 1653, the colonists and colonial reach had dwindled in its battle with the Dutch and their current leader Peter Stuyvesant. He had basically pushed New Sweden back to the area of the Christina River. They were reduced to seventy colonists by the time new Governor Johan Rising(h) had arrived with two hundred and fifty new colonists. He had visions for New Sweden to expand. They attacked Fort Casimir on May 21, 1654, the Dutch settlement built in 1651 in New Castle, Delaware. It fell without a shot and was renamed Fort Trinity. It would not be Fort Trinity for long.

The Dutch and Sweden, adversaries in the Great Northern War that had begun in July 1655, were now at war on two fronts, in Europe and the Americas, and the Dutch were now willing to use their military strength to oust the New Sweden colony. Peter Stuyvesant, the Director-General of New Netherlands, was sent in seven armed ships to capture New Sweden. With three hundred and seventeen soldiers, Stuyvesant attacked. Fort Trinity was recaptured without a fight; Fort Christina would fall only two weeks later.

What Happened to the Colonists of New Sweden

Peter Stuyvesant, not known for his calm nature in most instances, however, did not evict the colonists of New Sweden. In fact, he allowed them to continue as the Swedish Nation. They could have their own government, practice their religion, have a militia, and retain land and trading rights.

In 1664, the English would take over New Amsterdam, which began to signal the end of Dutch rule in the colonies. By 1681, the Swedish Nation was over, incorporated into the new charter of William Penn for Pennsylvania and the area of Delaware. The Swedish and Finnish colonists were made British subjects and often had to surrender some of their lands to the hundreds of Quaker colonists who arrived on twenty-three ships.

Excerpt from the Report of Johan Classon Rising, July 1654

The pretensions which the English and Dutch have to this river will fall of themselves, when a complete settlement is made here, especially since our own people have secured for themselves from the rightful owners the first right, and since occupation has followed upon this, although the work stopped for a time. The Virginians who were here requested to be allowed to buy land and plant colonies. I said that I could not allow it, since I had no orders. And I do not know whether it is advisable, since we are still so weak, for in N. Netherlands the English have thus bought and borrowed land from the Hollanders with the result that they have later pressed them out. But whether or not a man may be allowed to do this on his written oath to Her Majesty's service and the good of the land, I submit to the Honorable College. It would be very well for us to have a good man on our side in Virginia who could settle his servants here. But as to any stranger who wishes to buy land and to settle here I will honor the express orders and permission concerning this from Her Royal Majesty and the College.

Concerning our people I can say that they are, (God be praiaed), mostly well, and altogether three hundred and seventy souls, and the Swedes were only seventy when we arrived here. The old people largely remain (a number of old men go home again); one of them is better than any of the new-comers, who are weak and a good part of them lazy and unwilling Finns. The best men went away from here with the Governor, of whom a great number would gladly have remained here who at this time could have done much good, which now must stand undone until a more proper time. 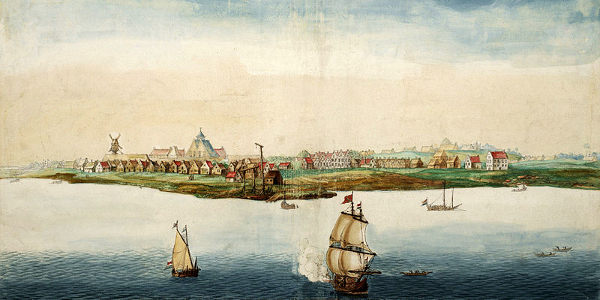