August 10-21, 1680 - Pueblo Rebellion of indigenous Pueblo people against Spanish colony of Santa Fe kills four hundred and forces remaining two thousand from their land. It would take twelve years before the Spanish attempted to recolonize.

Sometimes we tend to forget that the history of European colonization prior to 1700 occurred not only in New England or along the shores of Virginia, but in the deep Spanish south. The Colony of Santa Fe (New Mexico), which initially was settled in 1607, is actually the second oldest city in what is now the United States, after only St. Augustine, yes, another southern city. Now, we get into a bit of semantics when we state settled, as Santa Fe, amongst other cities, including St. Augustine with the destruction by Sir Francis Drake in 1586, did not have a straight line of continuous settlement, as the Pueblo Rebellion would prove in 1680.

It had been the ruins of a Tanoan Indian village when Spanish settlers approached in the early 1600's and began to colonize the region and city of Santa Fe under Governor Don Pedro de Peralta. The Tanoan people had lived in various villages along the Rio Grande and Santa Fe Rivers; they had been settled in Santa Fe since 1050-1150. The Tano abandoned Santa Fe in the early 1400's.

Francisco Vasquez de Coronado had claimed the entire area for Spain in 1540, naming it the Kingdom of New Mexico. In 1610, the oldest church in America was built, the San Miguel Chapel (it's still there), and a government building constructed over the next several years, the Palace of Governers (it's still there, too) to serve as the New Mexico colony's capital. The capital had been at San Gabriel near San Juan Pueblo since 1598.

For over seventy years, the settlement at Santa Fe and the other pueblo villages were used to subjugate and convert one hundred thousand Indians of the area to Catholicism, but that didn't go over too well with some of the Pueblan tribes. When a famine ensued due to drought and religious persecution continued (tribes were not allowed to practice their own religion), a coordinated effort to go against the Franciscans and Spanish authority was planned between the tribes. It was prompted by the arrest of forty-seven medicine men who were accused of witchcraft in 1675; three were executed, the others beaten and imprisoned in Santa Fe. The Pueblo leaders were incensed, marching on Santa Fe. The Governor agreed to their release; among them, a medicine man known as Pop&eacute. Over the next five years, Popé planned an attack from the Taos Pueblo, enlisting forty-six Pueblo towns for support.

The Pueblo Rebellion of 1680

With support from the northern Tiwa, Tano, the Pecos Pueblo, the Keres speaking of the Rio Grande, the Zuni, and the Hopi, the attack began on August 10. It is estimated that the Pueblo forces numbered two thousand against one hundred and seventy armed Spanish. All told, Spanish settlers in the area numbered around two thousand five hundred. The original plan was for the area tribes to attack the Spanish in their small towns, then reassemble at Santa Fe to expel the remaining Spanish forces and settlers. Within three days, all the outlying Spanish settlements were destroyed and Popé's warriors moving toward Santa Fe.

Twenty-one of the forty Franciscans had been killed, along with more than three hundred Spanish men, women, and children. Those who escaped their pueblos alive, rallied to two remaining stalwarts at Santa Fe and Isleta. The raiding party under Popé cut off the town's water supply and besieged the colony. On August 21, the governor of the New Mexico colony, barricaded inside the Palace of Governors, called for an attack, then a retreat. They pushed Popé's warriors far enough from the city to lead the remaining Spanish from the capital. The remainder from Isleta would meet them in El Paso; a total of one thousand nine hundred and forty-six had survived. Once the Spanish had vacated Santa Fe, the native forces destroyed the majority of the city's buildings, leaving only the San Miguel Church and the Palace of Governors surviving today.

Spanish rule would be over in New Mexico for the next twelve years, replaced by the diverse Pueblo tribes of eight languages, and with a new leader, Popé, whom many villages thought both ineffective, untrustworthy, and a tyrant. He ordered all vestiges of Spanish authority and Catholicism to be removed. However, the lack of Spanish rule did not bring peace or rain, and even courted attacks by the outside tribes, the Apache and Navajo. And the Spanish wanted the area back, although attempts to take the Colony of New Mexico by force in 1681 and 1687 failed.

In 1688, Popé died, leaving the divided pueblo tribes weak. There are reports that his leadership had not lasted more than one year anyway. Four years later, in July 1692, Governor Diego de Vargas led one hundred fifty Spanish soldiers and pro-Spanish allies into the area to take repossession. The Indian leaders, except the Hopi in distant Arizona, agreed to peace in exchange for pardons. But peace did not last long. A subsequent second revolt by the Pueblo retook the city in 1693 prior to Vargas returning with one hundred soldiers and seven hundred settlers from Mexico. They told Vargas he could not reenter. Their rule was short-lived as Vargas and the Spanish recaptured it quickly with executions and ten years servitude as the sentence for those involved. 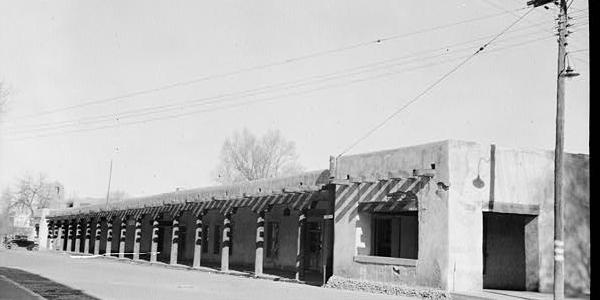