Early 1703 - The first of the annual Mardi Gras celebrations begins in Mobile, capital of the New France colony in Louisiana. 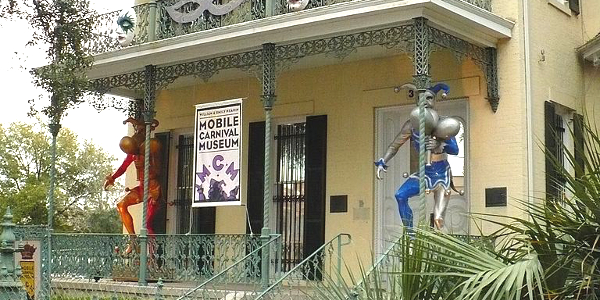 Yes, Mardi Gras was originally a celebration held in Mobile, Alabama, not New Orleans. New Orleans had not yet been settled as a city (1718) and Mobile was the Louisiana capital of the New France territory settled within the decade by several explorers, brothers Jean-Baptiste le Moyne, the Sieur de Bienville, and Pierre Le Moyne d'Iberville, with some settlement even before after the expedition of Robert Cavelier, Sieur de LaSalle in 1684. Mobile's Mardi Gras parades and festivities continue today, even though they've been supplemented by parties in other cities, and in some of its supremacy by their larger neighbor New Orleans.

There had even been a small celebration amongst the French colonial settlers on March 3, 1699 along the Mississippi River at their camp sixty miles south of the eventual area of New Orleans. But it's in 1703 that the annual celebration began, not sure of the date, at Fort Louis de La Louisiane, the old Mobile fort constructed the year before along the Mobile-Tensaw River Delta in today's Le Moyne, Alabama. The soldiers and settlers in the town and fort founded by Pierre Le Moyne d'Iberville celebrated the preparation for Ash Wednesday and the beginning of Lent for that initial time in the colony of Louisiana. It's not thought that Iberville himself was at the first celebration, as he had returned to France in April 1702. His brother, its co-founder, Bienville, may have been present, although we have not seen documentation thus far that proves that is true.

So what was the area of the first Mardi Gras like in 1703. Fort Louis de La Louisiane was located at Twenty-Seven Mile Bluff. It was square. It had cannons on its corners. There were homes for the soldiers and settlers, a chapel in one of the homes, a warehouse, and a village outside its walls named La Mobile. By 1704, there were one hundred and eighty men in the settlement, twenty-seven families with ten children, all residing in eighty wood houses.

The Mobile Mardi Gras was known as Boeuf Gras, the fatted ox, with masked balls starting only one year after the first. There was a parade by 1711, thought to be the first carnival parade in North America. Sixteen men pushed a cart with a paper-mache cow's head down Dauphin Street. Mobile's Mardi Gras has traditional colors of purple and gold.

As the city transitioned from French to English rule, then to that of an American city, the celebration of Mardi Gras in Mobile changed. After the end of the Civil War, the parade was revived in 1867, by Joe Cain, who rode with six veterans in a decorated wagon. That parade, the Joe Cain Parade, is still held on the Sunday before Mardi Gras. The Mobile Mardi Gras celebration is attended by 800,000 to 900,000 people yearly.

Even if you're not in the area of Mobile during the several weeks of Mardi Gras festivities, you can visit its three hundred year history in the Mobile Mardi Gras Carnival Museum that's located in the Bernstein-Bush mansion on Government Street. It's been there since 2005, and can be visited Monday to Saturday. There's fourteen gallery rooms, a gift shop, and onsite parking.

New Orleans and Its Mardi Gras

New Orleans was founded in 1718 by the French Mississippi Company and explorer Bienville. New Orleans became the capital of the New France colony by 1722. It's not fully known the date of its first Mardi Gras celebration, but there are records of events in 1730, although not the parades we associate with the festival today. The Marquis de Vandreuil, the governor of Louisiana in the early 1740's, began the practice of elegant society balls. There were reports of the Mardi Gras Carnival in 1781 within reports of the Spanish colonial government. In a typical year today, the New Orleans Mardi Gras celebration has an attendance of approximately one million four hundred thousand people. 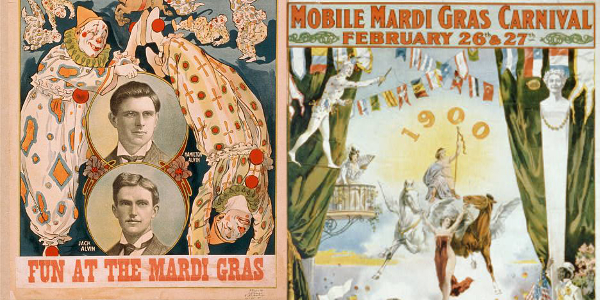