October 5, 1710 - British Troops begin a nine day siege on the French fort, Port Royal in Nova Scotia, before capturing it for the crown in the Queen-Anne's War 1701-1713. 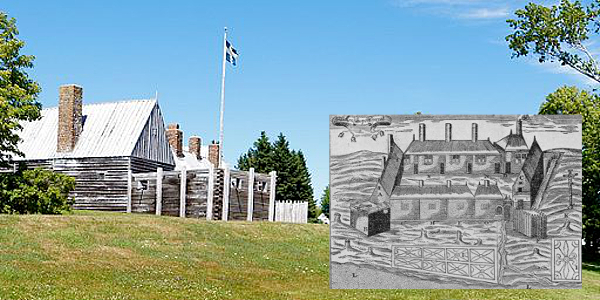 There had been two previous attempts to attack and capture Port Royal, the prize capital and settlement of New France in Acadia during Queen Anne's War. Established in 1604 in their colony of Acadia, it, like other towns in the New World, was not absent conflicts in its past even prior to this war. England had been trying to get rid of the settlements of New France for one hundred years, sending Samuel Argall up from Jamestown to destroy it. The Massachusetts Bay Colony had again gained control of it, after a French rebuild, in 1690, only to have it returned to New France by the Treaty of Ryswick.

So now, with Queen Anne's War wrecking settlements throughout New England at the hands of the French and their allies, additional attempts would be made. There had been an attempt after the raid of Deerfield in 1704. Various accounts differ as to whether Benjamin Church actually launched an attack, if so a minor one, or whether a threat to fire on the fort by the three warships, HMS Adventure, HMS Jersey, and HMS Gosport, on June 24, 1704, then separated by Church from the rest of the expedition, was just a bluff. When Church arrived again, there was discussion of a more major attack, but it was denied. There were reports that a minor landing and attacks in the area were launched. Church had been remanded not to attack Port Royal by Governor Joseph Dudley before the expedition began.

By 1707, Joseph Dudley had changed his mind. The French had been raiding English fishing vessels with privateers from Port Royal for several years, reducing the fishing fleet by eighty percent. Colonial militia made two attempts to siege the town; June 6, 1707 for eleven days with one thousand one hundred and fifty soldiers under the command of John March, and a second siege starting August 22, 1707 with eight hundred and fifty men. Both failed.


Over the next three years, the situation at Port Royal began to change, as France failed to send support for their American colonies just as Great Britain unlarged theirs. By 1710, Queen Anne had succumbed to a lobbying effort by various sources to engage in an effort to conquer New France through a somewhat odd pairing of individuals.

Samuel Vetch had been an Englishman who had come to America in 1899, married into the Robert Livingston merchant family of New York, then settled in Boston after trading with the French and gaining a bad reputation with the public. In 1706, that illegal trading included trading weapons with the French at Acadia, which caused the Massachusetts Court to convict him of illegal trade practices. He was in England to take up a reversal of his conviction at the Privy Council when broaching the subject with Queen Anne about conquering Acadia, where he had traded arms. It had been fortuitous that Vetch had some high ranking friends, including Governor Joseph Dudley. It was also good that the English public, in general, favored removing France from the colonies, particularly in this time of Queen Anne's War and the War of Spanish Succession. He then became friends with Francis Nicholson in 1707. Nicholson had been actually been in Acadia in 1686-1689 as a captain in the Dominion of New England militia and had tried to regain a fishing ketch in Acadia. He'd always, as later governor of colonial Maryland and Virginia, also been very interested in defending the British frontier against French incursions, particulary those that had been occuring in New York.

So Samuel Vetch, a Scottish businessman, and Francis Nicholson, the former colonial governor of Maryland and Virginia, rallied the idea within the highest councils of England. An initial attempt to get the idea off the ground failed in 1709, but one year later, Nicholson would arrive in Boston on July 15, 1710 in command of an expedition to reduce Port Royal with Vetch as his colonel.

Nicholson had brought with him four hundred marines; he was given an additional one thousand four hundred and eighty militia from the colonies of New England to augment his force. Scouts were recruited from the Iroquois. On September 29, 1710, a fleet of ships, including five warships (HMS Falmouth, HMS Dragon, HMS Feversham, HMS Lowestoft, HMS Chester), thirty-six transports, and two bomb galleys, sailed for Port Royal. And who was defending Port Royal this time, three hundred poorly trained recruits from France.

Some of the defenses had been improved since 1707 by the Newfoundland and Acadia Governor Daniel d'Auger de Subercase, who had successfully led the defense of Port Royal from the 1707 sieges. However, there were reports of poor morale now amongst those poorly trained recruits stationed there in 1710. When the British fleet approached on October 5, remaining south of the fort, they began unloading British marines on shore the next day. Colonel Vetch commanded the northern force with Nicholson heading the southern force.

For four days, cannons were landed on shore by the British and put into action against the fort. By October 10, Subercase sent out a party under a flag of truce to start negotiations. They did not go well. For two additional days, the siege lines of the British advanced; cannons were now within three hundred feet of the fort. Nicholson demanded the French surrender. One day later, the terms of surrender were agreed to and the garrison evacuated to the British.

Formal possession was taken on October 16, 1710, and Samuel Vetch was named the new governor of Nova Scotia. He would serve in that capacity from 1710-1712 and 1715-1717. Port Royal was renamed Annapolis Royal. But the French were not yet done in trying to retain Acadia; in 1911, they attempted to retake the fort with two hundred Acadian soldiers and allies. The attempt failed as negotiations began between France and England on a treaty that would end Queen Anne's War and its larger European conflict, the War of Spanish Succession. Nova Scotia would end up being one of the prizes that Britain gained in the 1713 Treaty of Ultrecht.

Today you can visit the Port-Royal National Historic Site that tells the history of the habitation. The fort was reconstructed from 1939-1941 and remains a great example of the colonial settlement that stems back to St. Croix Island and the Port Royal Habitation. 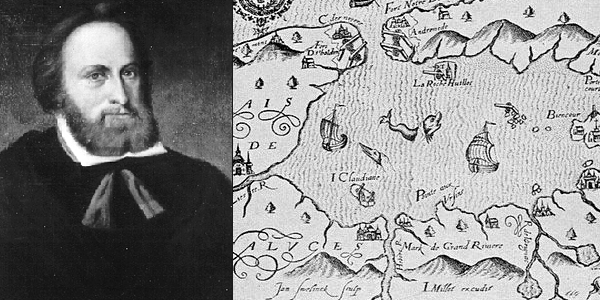