February 26, 1717 - Great Snow of 1717 begins and blankets the colonies of Virginia and New England with up to five feet of snow. 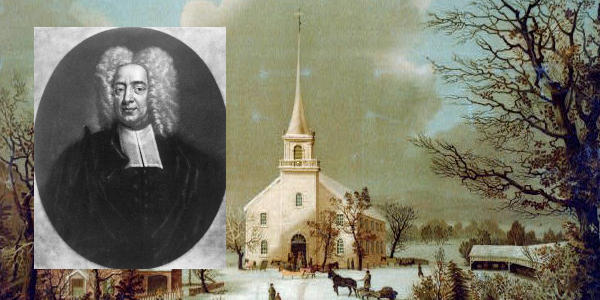 Some sources contend that the storm began on February 27, rather than the 26th, but that would be a minor point. The great snow storm of 1717 was actually a three storm event (some reports break this down into four that reach back to February 18), which hit the east coast of the United States. Some contend, also, that it was predominantly a New England event and would not have impacted the Virginia colonies, at least to the same degree. That seems a valid point. As record keeping at the time is light, there is no specific data to prove otherwise.

But let's just point out what we do know. New England colonists such as Cotton Mather refer to the difficult winter and the first major part of this storm impacting the colony of February 18. On February 27, the first storm for those that contend a three storm event hit New England. Its major impact seems to have occurred on the next day, with snow in some areas while others experienced a mix of rain, sleet, and snow. The next storm occurred on March 4, 1717. The final storm of the Great Snow of 1717 occurred three days later, March 7, and was the worst. By the time that was over, there was five feet of snow in some locations. Legend pushed this to ten to twenty feet, including drifts.

Specific locations in New England report depths that Native Americans of the area said had never been seen. Boston saw forty inches of snow. In Hampton, there were accounts noting that up to eight feet, ninety-six inches, had fallen. Some snow drifts were twenty feet high; some houses had drifts reaching the third story. Roads could not be traveled on until March 15. It is said that up to 95% of the deer in the area perished. Other predator animals (wolves, foxes, bears, and wildcats) made refuge in the settlements, raiding the colonial sheep and hog pens. Many of the pastured animals, without cover, perished.

For the settlers themselves, the snow caused great hardship in finding wood and coal for heating their homes. They built tunnels beneath the snow from house to house.

What was the geography of the storm? That's where the accounts, on the light side, leave us wanting. There are notes of several feet of snow from Philadelphia to New England, although historians note, and logic would perhaps agree, that the storm, a northeaster as it was, likely affected a broader area, down into the colonies of Virginia.

This was a mild winter so far as temperature went, but since that time probably an equal amount of snow has not fallen in any other season. Cotton Mather said that the country was overwhelmed with it.

Snow began to fall early in the winter months, and it was five feet deep in December. Travelling was almost impossible except on snowshoes.

By February snow lay in great drifts, in some places twenty five feet in depth. In the woods it was more than a yard deep.

The greatest storm of the season began on February 18th and continued till the 23d, beginning again on the 24th so violently that all communication between neighbors ceased. The storm left the snow from ten to fifteen feet deep on the level, and in places for long distances twenty feet. The oldest Indians had never heard of a storm that was its equal.

On the day the second storm began, Sunday, the 24th, no religious meetings were held throughout New England.

The winter was very disastrous to animal life. Many cattle were buried in the snow and starved or smothered to death, some being found dead after the snow had melted standing and apparently still living.

Others near the sea, being blinded by the snow wandered into the water and were drowned. Many sheep and some swine and even poultry were lost by being buried under the drifts.

The wild animals of the forest became desperate with hunger. Succulent shrubs were buried beneath the snow, and deer found sustenance scarce; the bears and wolves, both being then numerous in our forests, also became ravenous and killed, it is said, ninety-five out of every hundred deer. This caused such a scarcity of deer that the general court passed an act compelling towns to choose deer-reeves, whose duty it was, as far as possible, to protect the deer. These officers were annually elected until the country had become so populated that the animals had entirely disappeared.

Fierce with hunger, bears, wolves and foxes nightly visited the very sheep pens of the farmers.

Multitudes of sparrows came into the settlements for food. Marine animal life was also effected.

Apple trees were greatly injured by the snow becoming encrusted about the boughs, breaking them down. Also, the crust was so strong that cattle walked up on it, browsing the twigs.

The "post boys," the carriers of the mail from town to town, were delayed for weeks after the storm was over. As late as March 25, they were travelling on snow shoes, the carrier between Salem, Mass., and Portsmouth, N. H., being nine days in going to Portsmouth and eight days in returning, a distance of forty miles. In the woods, he said that he found snow five feet deep and in places from six to fourteen feet.

Some small houses were completely buried in the snow; and everywhere paths were shovelled under the snow between house and barn, and also from house to house among near neighbors.

Snow shoes were in common use throughout the winter.

Coffin, in his history of Newbury, tells of Abraham Adams leaving through a chamber window of his house and going on snow shoes over the snow-packed valley and among the hills three miles away to visit his lady-love. He entered her house also by a chamber window, and he was the first person the family had seen for a week. The young lady was Abigail Pierce. This must have been the first severe storm of the season as the couple were married on December 6th.

"There came on a Snow, which being added unto what had covered the ground a few days before, made a thicker mantle for our Mother than what was usual: And ye storm with it was, for the following day, so violent as to make all communication between ye Neighbors everywhere to cease. People, for some hours, could not pass from one side of the street unto another, & ye poor Women, who happened in this critical time to fall into Travail, were putt unto Hardships, which anon produced many odd stories for us ... Another Snow came on which almost buried ye Memory of ye former, with a Storm so famous that Heaven laid an Interdict on ye Religious Assemblies throughout ye Country, on this Lord's day, ye like whereunto had never been seen before."

"The Indians near an hundred years old affirm that their fathers never told them of anything that equalled it," Henry David Thoreau.

Other Storms That Rivalled the 1717 Storm

1993 Storm of the Century - The snow storm of March 12-14, 1993 hit a large area of the eastern coast, ranging from Georgia to Maine with two hundred and seventy perishing, including forty-eight at sea. The heavy wet snow caused many roof collapses with more than two feet of snow falling in the Catskills of New York to the southern Appalachians. Highest snow total was 56 inches on Mount LeConte in Tennessee. Wind gusts reached 144 MPH on Mount Washington in New Hampshire. 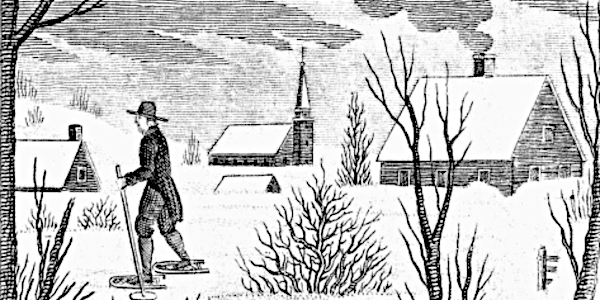