May 9, 1725 - Battle of Pequawket in Dummer's War leads to peace treaties between the colonies of New England and the Indian allies of New France in 1725-7.

There had been three years of war since the initial tensions of Dummer's War in 1722. By the end of 1724, Captain John Lovewell had begun his first expedition; he headed a private group of raiders, not part of the Massachusetts military, that were responding to an Indian raid in September near Dunstable, New Hampshire, that had killed eight men and captured others. He and his Snowshoe Men militia company, thirty strong, headed into the White Mountains of New Hampshire from town. They confronted the Abenaki, killing two on December 10. His second expedition into the mountains led to Salmon Falls River, and a raid, killing ten Indians on February 20, 1725. He left on his third expedition several months later, intending to address the safety of the New England settlements that had been newly established on the Kennebec River near today's Fryeburg, Maine.

With forty-seven men, Lovewell left Dunstable on April 16, 1725, building a fort at Ossipee, before heading out with thirty-four soldiers to raid the Abaneki town of Pequawket. When confronted, the Indians, under Chief Paugus, outnumbered the Lovewell troop, but the militia fought back to a lake, now known as Lovewell Pond. Lovewell was killed in the fight, during the first volley, leaving Ensign Seth Wyman in charge. As the fight continued, Chief Paugus was killed, some state by John Chamberlaine, others note Wyman. In either case, his death caused the Indian warriors to retreat into the forest, halting the Battle of Pequawket. Only twenty of the militia survived the battle. Three additional did not survive the walk home.

After the battle, the Pequawket tribe no longer wanted to fight, heading north into Canada. The Penobscot, under Chief Powack, had begun to lobby for negotiations with the English even before the battle, in December 1724. This was opposed by the French, but the negotiations would begin in March 1725, with Massachusetts Lieutenant Governor Dummer halting the war on July 31, 1725.

Not all parties in the war were pursuing peace at the same time, including Grey Lock, an Abenaki military leader who had been leading raids into Vermont and western Massachusetts. When the first peace treaty was signed in Maine on December 15, 1725, Grey Lock had not been reached. When another treaty was signed in Nova Scotia on June 15, 1726 with the Mi'kmaq and Wolastoqiyik, plus the Abenaki and Passamaquoddy who lived in Masschusetts and New Hampshire, he still was not on board. At Falmouth in 1727, the parties reconfirmed the peace agreement, but Grey Lock was still apart. His activities, however, halted during that year, his whereabouts in history unknown.

There would be no significant war in the area after the treaties were signed until King George's War two decades later.

So, he had a war named after him, but who, in essence, was William Dummer. Dummer was the Lieutenant Governor of the Province of Massachusetts, which had been established as a Crown Colony in 1691, charter effective May 14, 1692. It included the former Massachusetts Bay Colony, Plymouth Colony, Province of Maine, Martha's Vineyard, Nantucket, Nova Scotia, and New Brunswick. Dummer would serve in that position from 1716-1730, but act in the capacity as Governor for many years (1723-1728), yes, during almost all of the tenure of his namesake conflict.

He was not the cause of the war, that should more likely go to his predecessor he served under, Samuel Shute, and even more likely, the colonial assembly. By the time Shute declared war on the Abenaki in July 1722, he would only remain in the Americas for the first several months of the war, leaving the duty as commander and governor on January 1, 1723 to Dummer.

Dummer retired in 1730 to his farm and is most noted for his generosity toward education. He donated L250 and part of two professiorial chairs to Harvard College and left his estate in Newbury to establish the Dummer Charity School, Governor Dummer Academy, which opened on February 27, 1763. That school still exists, now known as the Governor's Academy. It houses four hundred and ten prep students from Grades 9 to 12, and is considered the oldest independent boarding school in continuous use in the United States. The school is located on four hundred and fifty-six acres thirty-three miles north of Boston.

Articles of submission and agreement, made at Boston, in New England by Loran Arexus, Francois Xavier and Meganumbs, Delegates from Penobscott, Naridgwack, Maliseet, Mi'kmaq and other Nations inhabiting within his Majesty's Territories of Nova Scotia and New England.

Whereas, His Majesty King George, by concession of the Most Christian King, made at the Treaty of Utrecht, is become the rightful possessor of the Province of Nova Scotia or Acadia ... do, in the name and behalf of the Nations we represent, acknowledge His said Majesty King George's jurisdiction and dominion over the territories of the said Province of Nova Scotia or Acadia, and make our submission to His said Majesty in as ample manner as we have formerly done to the King of France.

And, we further promise, on behalf of the Nations we represent, that the Indians shall not molest any of His Majesty's Subjects or their dependents in their Settlements already made or lawfully to be made, or in their carrying on their traffic and other affairs within the said Provinces.

That, if there happens any robbery or outrage committed by any of the Indians, the Tribe or Tribes they belong to shall cause satisfaction and restitution to be made to the Parties injured.

That the Indians shall not help to escape any Soldiers belonging to His Majesty's forts, but on the contrary shall bring back any Soldier they shall find endeavouring to run away.

That, in case of any misunderstanding, quarrel or injury between the English and the Indians, no private revenge shall be taken, but application shall be made for redress, according to His Majesty's Laws.

That, if the Indians have made any Prisoners belonging to the Government of Nova Scotia or Acadia during the course of the War, they shall be released at, or before, the ratification of this Treaty.

That this Treaty shall be ratified at Annapolis Royal. Dated at the Council Chamber in Boston, in New England, December 15, 1725. 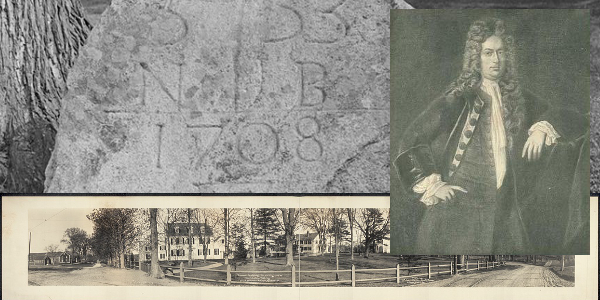