January 9, 1735 - House of Commons in the English Parliament agrees with James Oglethorpe to ban slavery in the Province of Georgia. Ban would last for sixteen years.

With the Province of Georgia colony established by James Oglethorpe under a Royal Charter in 1732, and settled the following year, the unique nature of the colony emerged in full over the next three years. Yes, there was that tenuous ban on the consumption of alcohol. And yes, Oglethorpe had almost immediately made an attempt with the tribes of the colony to have good relations. That had begun with Tomo Chichi, the chief of the Yamacraw, and would need to be extended to other tribes that might not have the same peaceful aims.

"This province is much larger than we thought, being one hundred and twenty miles from this river to the Altamaha. The Savannah has a very long course, and a great trade is carried on by the Indians, there having above twelve trading boats passed since I have been here. There are in Georgia, on this side the mountains, three considerable nations of Indians - one called the Lower Creek, consisting of nine towns, or rather cantons, making about one thousand men able to bear arms. One of these towns is within a short distance of us, and has concluded a peace with us, giving us the right of all this part of the country; and I have marked out the lands which they have reserved to themselves. Their king comes constantly to church, is desirous to be instructed in the Christian religion, and has given me his nephew - a boy who is his next heir - to educate.

The two other nations are the Uchees and the Upper Creek, the first consisting of two hundred, the latter of eleven hundred men. We agree so well with the Indians that the Creeks and the Uchees have referred to me a difference to determine, which otherwise would have occasioned war." James Oglethorpe.

A treaty with the various nations was soon agreed upon. It established the territory for the English, land south of the Savannah to the Ogeechee and land on the coast from the Savannah River to the Altamaha, reaching west as far as the tide. The settlement grew with Oglethorpe, conscious of the potential Spanish threat, building Fort Argyle, forty miles west on the path which Spanish Indians used to invade the Carolinas.

By 1734, new immigrants had arrived, both Israelites from London, and others, including a group from Austria, both of whom Oglethorpe welcomed. He was still concerned with the defense of the colony and commissioned Fort Frederica built on St. Simons Island. Oglethorpe returned to England, arriving on June 16, 1634, and addressed issues about the Province in the Houses of Parliament. He wanted a bill that would prohibit the sale of distilled spirits, outside English beer and wine, into the colony; despite his previous ban they had been smuggled in from Carolina traders. Oglethorpe also wanted to address the act of slavery.

Slavery in the colonies was a complicated issue, unfortunately profitable to English companies in the colony of Virginia and elsewhere. Oglethorpe had always been opposed, but also thought that a statute that would prohibit the import of slaves into Georgia would make it more defensible. It was thought that the Spanish might cause them to rise against the colony or champion their escape with their policy of recruiting American slaves into their military in exchange for freedom, and cause conflicts with white laborers. The bill was strongly opposed, but Oglethorpe diligently urged its passage. On January 9, 1735, the bill banning slavery imports into the Province of Georgia passed the House of Commons.

"My friends and I settled the colony of Georgia, and by charter were established trustees. We determined not to suffer slavery there, but the slave merchants and their adherents not only occasioned us much trouble, but at last got the Government to sanction them." ... "Slavery, is against the Gospel, as well as the fundamental law of England. We refused as trustees to make a law permitting such a horrid crime." James Oglethorpe.

The ban on slavery would last for sixteen years, but had its detractors in the colony within three. A group of one hundred and twenty-one planters, many from Scotland, who had not been debtors, were led by Patrick Tailfer and Thomas Stephens and known as the Malcontents. They lobbied the House of Commons to remove the ban in 1738, but with Oglethorpe and the Trustees firmly against, and the Spanish threat still remaining, they refused to lift the ban.

Unfortunately, what became James Oglethorpe's greatest victory against the Spanish at the Battle of Bloody Marsh in 1742 would lead to the end of the ban and a return to the importation. The Spanish, after the battle, were no longer a threat, and the Malcontents and other Georgians now insisted on the ban being lifted. When Oglethorpe returned to England in 1743 after the battles of that war, he never returned, and the colony lost its main advocate for the slavery ban.

Without Oglethorpe involved in the matters of the colony, advocates for lifting the ban, including James Habersham and Reverand George Whitefield, returned to the Trustees with a petition of repeal in January of 1749. President William Stevens signed the petition and the Trustees agreed to lift the ban, petitioning the King on May 19, 1749. The House of Commons agreed to the petition of the Trustees on October 26, 1749. Slavery would be allowed back into the Province of Georgia effective January 1, 1751. By 1752, the Province of Georgia would become a royal colony and the practice of slavery intact until after the Emancipation Proclamation was issued by Abraham Lincoln and the end of the Civil War in 1865. 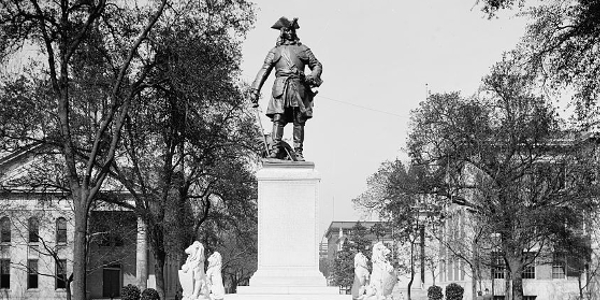