June 24, 1750 - British Parliament enacts the Iron Act to protect their iron forges from American competition and control the iron trade in the colonies. While the British were glad to see that the American colonies could provide the raw materials that they desired, there was a caution within the forges of Great Britain that the competition from American forges for their finished iron goods, i.e. steel, rolled iron, and articles manufactured with iron, would be detrimental to their business. And although the Iron Act of 1750 gets little notice compared to later acts of British control, and taxation, of their colonial brethren such as the Stamp Act, Sugar Act, and those many other Intolerable Acts, it was one of the first salvos from the European side of that Atlantic pond that they would protect themselves first, and consider those American colonists much further down the line.

It was not the first such measure. British Parliament had been controlling its various possessions around the world in their series of Trade and Navigation Acts within the reign of King George II, on the throne for twenty-three years by 1850. The Iron Act would protect his subjects in Great Britain's finished iron goods industry, as well as save money on the cheaper raw iron from the Americas instead of buying it from Sweden and Russia, their suppliers for most of the previous century. The need for another supplier, however, was exacerbated during the War of Spanish Succession, when Sweden'a and Russia's bar iron was excluded from England. It was fortunate and profitable to make the change to the colonies with a potential savings of L180,000 per year.

So what did all this jabber mean? Well, the notes of the Act tell most of the story.

Note 1: Pig iron made in the British colonies, may be imported free; and bar iron into the port of London.

Note 2: Penalty of exporting, or carrying bar iron coastwide, except for the King's yards.

Note 3: Officers granting any cocquet for exporting thereof, to forfeit L200 and his office.

Note 4: No bar iron to be carried coastwide, unless the duty be paid.

Note 5: Penalty of carrying by land any such iron beyond ten miles from London.

Note 6: Oath to be made of the place where the iron was made, and to whom consigned.

Note 7: Certificate to be given.

Note 8: Rules to be observed in the importation of iron.

Note 9: Iron not marked, and certified, to pay the duties.

Note 10: Penalty of false certificates, or oaths; and of counterfeiting the stamps, or certificate.

Note 11: No mill for slitting of iron, or plateing forge; or furnace for steel to be erected, etc., in America. Penalty of L200.

Note 12: (Such furnaces built in Note 11) to be deemed a common nuisance; and the governor to cause it to be abated, Penalty of 500L, etc.

Note 13: Method of recovering the penalties.

Note 14: Application of the penalties.

Note 15: Iron imported on this act, to be entered at the custom-house in London, and to be stampt in 3 different parts.

Note 16: Penalty of counterfeiting or defacing the stamps.

And what did all that mean? The British Government and their subjects wanted to maintain control, have a monopoly on finished good made of iron and steel, lower costs, and make the majority of the money.

Act act to encourage the importation of pig and bar iron from his Majesty's colonies in America; and to prevent the erection of any mill or other engine for slitting or rolling of iron; or any plateing forge to work with a tilt hammer; or any furnace for making steel in any of the said colonies.

Whereas the importation of bar iron from his Majesty's colonies in America, into the port of London, and the importation of pig iron from the said colonies, into any port of Great Britain, and the manufacture of such bar and pig iron in Great Britain, will be a great advantage not only to the said colonies, but also to this kingdom, by furnishing the manufacture of iron with a supply of that useful and necessary commodity, and by means thereof large sums of money, now annually paid for iron from foreigners, will be saved to this kingdom, and a greater quantity of the woollen, and other manufactures of Great Britain, will be exported to America, in exchange for such iron so imported; be it therefore enacted by the King's most excellent Majesty, by and with the advice and consent of the lords spiritual and temporal, and commons, in this present parliament assembled, and by the authority of the same, That from and after the twenty fourth day of June, one thousand seven hundred and fifty, the several and respective subsidies, customs, impositions, rates, and duties, now payable on pig iron, made in and imported from his Majesty's colonies in America, into any port of Great Britain, shall cease, determine, and be no longer paid; and that from and after the said twenty fourth day of June, shall be payable upon bar iron made in and imported from the said colonies into the port of London; any law, statute, or usage to the contrary thereof in any wide not-withstanding.

Impact of the Iron Act

Forges in Maryland and Virginia, including the aptly named Iron Mountains that run from Virginia to the states of Tennessee and North Carolina, were predominantly affected as they produced half of the iron exported to England, although it is argued that overall, even considering the ban on the manufacture of finished goods, it had no negative impact on the eventual development of the American iron industry. American iron production increased between 1750 and 1775 from 10,000 tons per year to 30,000. There were no American furnaces destroyed due to violations of the act and no penalties given, even though many of the furnaces supplied finished goods to customers during the years the Iron Act was on the books, defying the Iron Act.

Part of the reason for no impact or violations had to do with the fact that the American colonists themselves used most of the finished goods made, leaving little to export, plus colonial governors were little concerned with their reporting requirements. Part of that reason was because they were, themselves, involved in the Iron industry, including Virginia governors William Gooch and Alexander Spotswood, plus George Washington's father, Augustus.

And that was fortunate, as by the dates of the American Revolution, including the leader in iron production during period, Pennsylvania, the iron industry of the colonies would provide George Washington and the Continental Army with munitions needed to wage and win the war for independence. 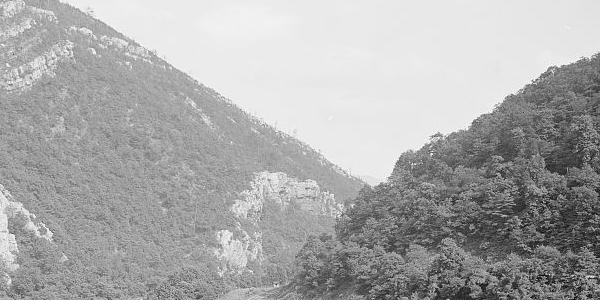 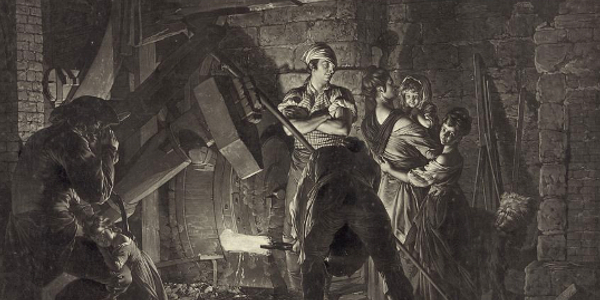