July 5, 1787 - A compromise during the Constitutional Convention proposed by Roger Sherman of Connecticut solves the problem of the amount of votes each state would receive in Congress. A bicameral legislature would be enacted, with equal votes for the Senate and proportional representation based on population in the House of Representatives. 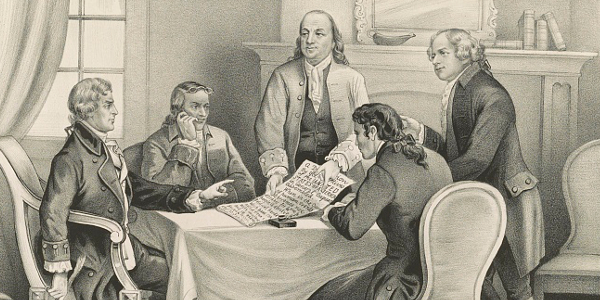 The Constitution Convention began on May 25, 1787, in the Pennsylvania State House, later known as Independence Hall, and it wasn't going to be easy to draft a Constitution, keep the principles of the Articles of Confederation, and satisfy a majority of the delegates. Seventy delegates had been elected to serve, fifty-five came, with none from Rhode Island. One of the sticking points would be how a legislature would be crafted, how much power would it have, and whether states would have equal say. In the end, the delegates would need a compromise to two different ideas.

It would become known as the Connecticut Compromise, with Roger Sherman at its helm. There were bound to be disagreements amongst the states of the new nation once they got down to the brass tacks of governance. How could you possibly bridge the divide between small states, like Connecticut, and large states like Virginia and Pennsylvania when it came to representation? The large states could dominate, based on their population, if proportional representation would follow, and the small states had had enough with domination through the years of British rule.

On May 29, 1787, Virginia representative to the Constitutional Convention, Edmund Randolph, proposed a bicameral legislature, but that legislature would have both houses divided by proportional representation. Yes, there would be differences between the two bodies; the House of Representatives, the Lower House, would be voted in by the people themselves. The Senate, or Upper House, would have nominations sent by state legislatures, with approval by the lower house. It was the Virginia plan. Delaware, Connecticut, and other smaller states balked.

The New Jersey plan was proposed on June 15 by William Patterson. His plan had only one house for the legislature and that house would have representatives of equal value to all states. So there was an impasse, at times an impassioned one, with the Delaware representative stating that if proportional representation went through, there might come a time when a foreign nation could make a small state a better offer and poach them from the United States. By July 2, there was a deadlock on the side of both ideas; five for, five against, and one in the middle.

Roger Sherman, with Connecticut colleague Oliver Ellsworth, proposed a compromise. What if the Lower House had proportional representation based on free residents and the Upper House had one representative from each state? It didn't go over big at first. Benjamin Franklin changed it to please the larger states, including the provision that all revenue bills had to originate in the Lower House. The compromise passed on July 16, but there were still debates to its provisions. With further tweaks that would strengthen the power of Senators, including voting as individuals instead of states, the final compromise provision passed on July 23. Thirty-nine representatives signed the entire Constitution on September 17, 1787, then sent it to the states for ratification.

It's not like Sherman was not present at the infancy of the United States democracy, even though his name does not get the same credit as others such as Washington, Jefferson, Adams, or Franklin. Roger Sherman was the only man to sign all four of the great papers in United States history. Sherman signed the Continental Association papers in 1774 during the First Continental Congress; the Declaration of Independence during the Second Continental Congress in 1776 as a member of the Committee of Five, the Articles of Confederation and Perpetual Union in 1777, and the Constitution in 1787.

Sherman was a lawyer born in Massachusetts, then moved to New Milford, Connecticut, where he opened the town's first store. Although he was not educated as a lawyer, he read for the bar in 1754, passing the exam. In 1755, he began service as a legislator in the state, and later became a Justice of the State Superior Court. After the Constitution was ratified, Sherman served in both the House of Representatives and the United States Senate.

Beyond the idea of the Connecticut Compromise, Sherman's other significant contribution to the U.S. Constitution was the three-fifth compromise proposed by himself and fellow convention delegate James Wilson of Pennsylvania. It stated that slaves would count as three-fifths of a person in calculating the representation of the House of Representatives. Section two of the 14th Amendment, passed after the Civil War in 1868, repealed that provision, although it still excluded Indians who were not taxed.

He also had great influence during the debates of the Bill of Rights, adding the words "or to the people" to the Tenth Amendment.

Note: There are some sources that state that Robert Morris also signed all four of the great papers of U.S. history, but he did not sign the initial Association document of 1774. 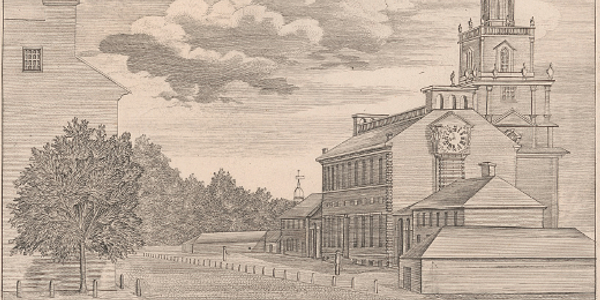