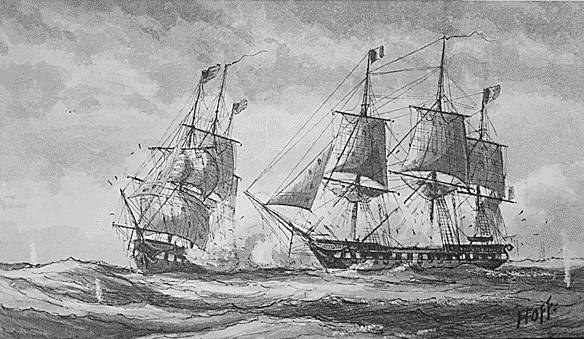 July 14, 1798 - The Alien and Sedition Acts, four bills that included making it a federal crime to publish malicious statements about the United States Government, plus powers of the President to control immigration and imprison and deport aliens who opposed the government, go into law. They seemed a bit anti-american on the face of them, but just what did American yet mean in a nation so young. The Constitution had just been ratified in 1788, and the Bill of Rights three years later. But it did seem presumptious of the United States Congress to jump so quickly into the topic of freedom of speech issues, even if some of them had merit. And it's likely that act such as the Whiskey Rebellion in 1794 had some impact of the Congressional fervor to protect federal rights.

We think of today's debates in Congress as harsh and heated affairs, however, debates during the first decades of the U.S. House of Representatives made those look like tea parties. Fights broke out, members struck each other with fireplaces implements; it was not a polite affair. The Alien and Sedition Acts were not going to be popular in the state legislatures, but the federal government thought they might strengthen federal authority, even as far as the war, going on at the time, with France, known as the Quasi War. That was part of the Federalist argument for the acts, and they formed the majority of the two houses. The other, that the anarchy in Europe would threaten the new nation with secession attempts.

It was thought that the Democrat-Republicans had become too close to the French after their Revolution; some newspapers thought another revolution would be good for the United States, thinking it was already corrupt, imcompetent, and treasonous. The Federalists blamed this on French immigrants. Unsure about the validity of that, but it was the perception of some.

The Sedition Acts were the more hotly contested. President Adams signed them into law on July 14, 1798, after multiple amendments and votes were needed to pass both houses. A final amendment, which sunsetted the bills in 1801, was needed for final passage. The bills were vehemently disagreed to by both Thomas Jefferson, then Vice President, and James Madison, retired a year from the House of Representatives, who would go forward and issue proclamations from Virginia and Kentucky known as the Resolutions, albeit written by them in secret.

Main covenants of the acts were to raise the citizenship requirement from five to fourteen years of residency; authorized the President to arrest, imprison, and/or deport aliens during times of war; and made it a crime for American citizens to "print, utter, or publish...any false, scandalous, and malicious writing" about the government. There goes freedom of the press and freedom of speech. Ironically, or anticipated, only Democrat-Republican leaning newspapers had their editors arrested under that act.

Protests arose across the nation, particularly in Kentucky, and the acts were used in a number of prominent cases on the sedition side. There were no resident aliens prosecuted and deported by President Adams during his term. Many who were on his enemies list had decided to return to Europe during the debates over the bills. The Sedition Acts would eventually be overturned, however, the Alien Enemies Acts are still in force today as part of the U.S. War and National Defense Statutes.

SEC. 3. And be it further enacted, That it shall be the duty of the marshal of the district in which any alien enemy shall be apprehended, who by the President of the United States, or by order of any court, judge or justice, as aforesaid, shall be required to depart, and to be removed, as aforesaid, to provide therefor, and to execute such order, by himself or his deputy, or other discreet person or persons to be employed by him, by causing a removal of such alien out of the territory of the United States; and for such removal the marshal shall have the warrant of the President of the United States, or of the court, judge or justice ordering the same, as the case may be.

An Act in Addition to the Act, Entitled "An Act for the Punishment of Certain Crimes Against the United States SECTION 1. Be it enacted by the Senate and House of Representatives of the United States of America, in Congress assembled, That if any persons shall unlawfully combine or conspire together, with intent to oppose any measure or measures of the government of the United States, which are or shall be directed by proper authority, or to impede the operation of any law of the United States, or to intimidate or prevent any person holding a place or office in or under the government of the United States, from undertaking, performing or executing his trust or duty, and if any person or persons, with intent as aforesaid, shall counsel, advise or attempt to procure any insurrection, riot, unlawful assembly, or combination, whether such conspiracy, threatening, counsel, advice, or attempt shall have the proposed effect or not, he or they shall be deemed guilty of a high misdemeanor, and on conviction, before any court of the United States having jurisdiction thereof, shall be punished by a fine not exceeding five thousand dollars, and by imprisonment during a term not less than six months nor exceeding five years; and further, at the discretion of the court may be ho]den to find sureties for his good behaviour in such sum, and for such time, as the said court may direct.

SEC. 3. And be it further enacted and declared, That if any person shall be prosecuted under this act, for the writing or publishing any libel aforesaid, it shall be lawful for the defendant, upon the trial of the cause, to give in evidence in his defence, the truth of the matter contained in Republication charged as a libel. And the jury who shall try the cause, shall have a right to determine the law and the fact, under the direction of the court, as in other cases.

SEC. 4. And be it further enacted, That this act shall continue and be in force until the third day of March, one thousand eight hundred and one, and no longer: Provided, that the expiration of the act shall not prevent or defeat a prosecution and punishment of any offence against the law, during the time it shall be in force. 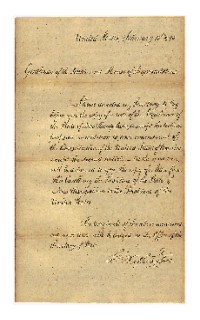 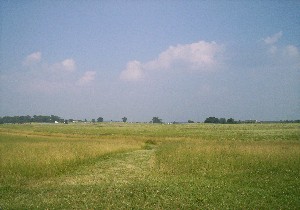